When there are so few companies doing any exhaustive research about the market – especially at the local level – realtors will take whatever they can get and pass it along to clients.  In this case, that message will be positive.

Sorry – another technical blowout using the Google Hangouts on Air.

The Spring Selling Season around here traditionally gets started right after the Super Bowl – let’s talk about it!

On Monday, February 3rd at 8:00pm we will be joined here by Rich Toscano and other local experts to discuss the real estate market!

Using Google Hangouts On Air here, you will be able to watch and listen to the panel discussion right here on the blog.  We will be taking your questions too – get in early by leaving them in the comment section below.

Let’s listen to real estate buyers and sellers talk about their experience:

Read the wrap-up of the first day at the RE connect:

A whole selection of consumer-feedback videos:

Yesterday I attended the Bank of America REO/Short-Sale seminar for agents on their preferred list. 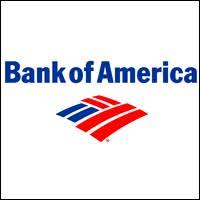 They haven’t sent me a new REO listing in about a year, so I thought I better attend, just in case it improves my chances.

They mentioned that they’ve cut 1,200 agents from the list already, and expect to trim it down another 1,000 and end up with fewer than 4,000 preferred realtors nationwide. Uh-oh.

1. Just 18 months ago, Bank of America was acquiring 16,000 properties per month through foreclosure.  Today their count is 3,000 to 4,500 per month.  There were a variety of reasons given for the dropoff:

He admitted that there are probably a lot of people who are living for free.

2.  Foreclosure volume is predicted to be FLAT over the next year or two.

3.  Once foreclosed, their goal is to dispose of the property within 180 days. Last year the average was 210 days.

4.  The bank’s public website that displays properties for sale will have a “coming soon” section where readers can preview new listings. (This site has never been updated frequently so don’t get your hopes up).

5.  They are open to selling tenant-occupied properties to investors.  Because they see so many cash offers, rather than wasting time and money on evictions, they will consider investor offers in advance that keep the occupants in the home.

6. Out of the other side of their mouth, it was stated clearly that asset managers will not respond to offers until the property has been on the MLS for five days.

8.  They solicited 15,000 defaulting homeowners last year with the pre-approved short-sale program, offering up to $30,000 in incentives.  Only one of eight homeowners took them up on it.

9. They solicited 2,000 defaulting homeowners to accept a deed-for-lease program, and only eleven homeowners agreed (where the homeowner signs over ownership and leases back).

10.  Their average short-sale-approval time is 43 days.

12.  They have a pilot program underway to sell short-sales through Auction.com.  The seller still gets an incentive to participate, and realtors are involved.  The properties are offered with a pre-determined reserve price, but at least the auctions will take the buyer-selection process out of the listing agent’s hands.

There were no promises or even hints of increased production – but they say that they want to hurry up the process.  The phrase, “think outside the box” was said at least a dozen times, but many of us were skeptical that any major chances were coming.

Some of the highlights:

3.  They forgive deficiencies on all first mortgages in California, and most second mortgages.

4.  Of those foreclosed, 30% never attempt a loan-mod or short sale (strategic defaults).

Laurie Goodman, senior managing director at Amherst Securities, believes one in five distressed homeowners in the U.S. are facing, or may face, foreclosure.

The analyst adds that little may be done to stem the tide of foreclosures without greater government intervention or significant principal reduction. Currently, she said 11.5 million home loans are non-performing or highly distressed.

Transition rates of negative equity homes are improving, however, from last year.

“Many banks are opposed to principal writedowns,” Goodman said. “Though it is interesting that they make good use of this for their own portfolios. We think before this crisis is over you will end up with a mandatory principal writedown program.”

Meanwhile, Mark Zandi, chief economist at Moody’s Analytics, maintained an optimistic tone on the future of the housing market.  He expects home prices to be depressed into 2012, and adds that the knock-on effect from the robo-signing debacle will be minimal. “It’s not going to be a significant issue,” he said.

“Household formations will pick up,” he added, in a belief that supply will not greatly outstrip demand in the long-term. The current, large inventory will provide the main downward pressure on prices going forward.

Zandi said markets will improve overall, as mortgage rates hover around 4.5%. And, he adds, housing has reached the most-affordable levels in recent memory.  “By this time next year we should see measurably better job conditions,” he said.

“We aren’t quite at the bottom yet, but we are getting close,” he said.

And Kyle Lundstedt, managing director of the applied analytics division at LPS, said one in three mortgage delinquencies have been in such a state for more than a year.  Perhaps most alarming to Lundstedt is the rise in prime mortgage delinquencies. “The prime markets are the place we’ve seen the most increase in foreclosure,” he said.

Thanks to swm for the idea – let’s make it an ice cream social!

Plan to come this Saturday, August 7th from noon until 2pm at the La Costa Ave Park-N-Ride on the border of Encinitas – convenient for all!  There will be more details posted here on Friday, but here is the link that maps the location: