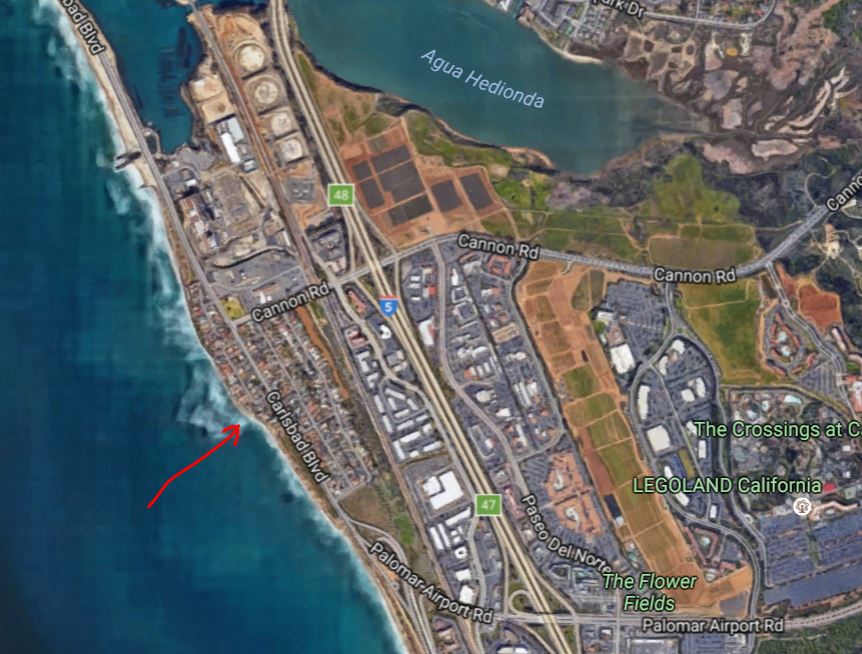 Carlsbad has the best oceanfront heights – high enough to keep out the riff-raff, yet the beach is very accessible.  The staircase seen here (circled in blue) is public access that the city required to split the rest of this parcel into three lots (in red): 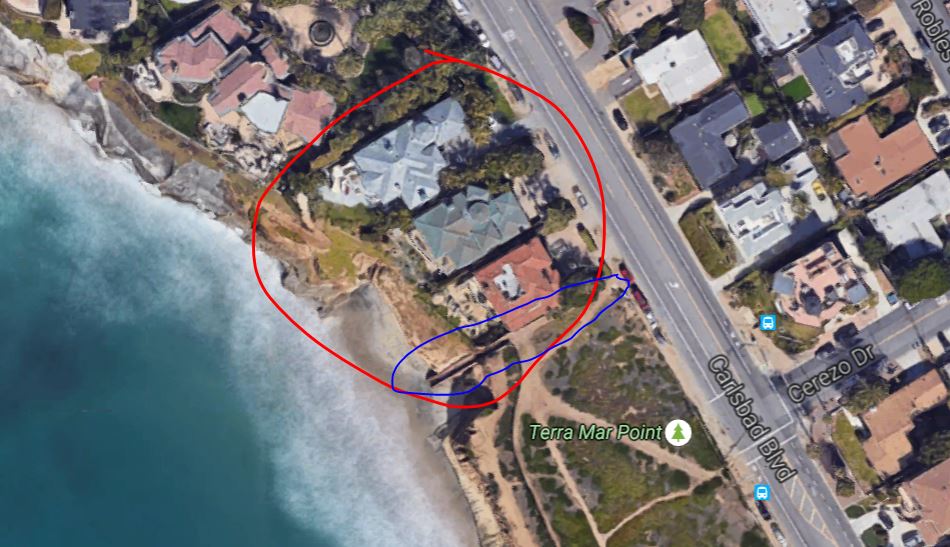 Hat tip to SM for sending this along – another Aussie real estate advertisement:

This house is listed as 1,805 square feet on the tax rolls, but that has to include the upstairs loft.

Will buyers pay full value on the attic room?

This is the third time we’ve seen this property,and the price goes up every time.

When it was first assigned to us in June, I was thinking $175,000 for this house on Olive (though Mr. T was more optimistic).  There has been vigorous flipper activity in the lower ranges, and he thought this could get into the low-$200,000s.

These were the tenants who had their $1,000 per month lease invalidated by Bank of America, but then the tenant’s father the attorney intervened and they got to stay through the end of the year.

In the meantime, these three sales took place:

I thought that we still needed to be in the low-$200,000s – this house isn’t buffed out, and it has some negatives, though they did pay for new carpet and paint.  I sent in my BPO at $229,000 with supporting documentation, so today they list it for $247,900. We’ll see what it sells for, but another example of a hot market: