CNBC still looking through their doom-colored glasses, while ignoring the history of price increases cooling off this time of year (2018’s pricing just started cooling off earlier):

Home prices are still rising, but the pace of the gains continues to slow, as potential homebuyers hit an affordability wall and sellers cave to the new reality.

“Rising homes prices are beginning to catch up with housing,” says David M. Blitzer, managing director and chairman of the index committee at S&P Dow Jones Indices. “Sales of existing single family homes have dropped each month for the last six months and are now at the level of July 2016. Housing starts rose in August due to strong gains in multifamily construction. The index of housing affordability has worsened substantially since the start of the year.”

Since home prices last bottomed in 2012, following the epic housing crash, 12 of the 20 cities tracked by S&P Corelogic Case-Shiller have reached new highs, although those are not adjusted for inflation. Those that are still lower were some of the cities that saw the greatest gains during the last housing boom, like Las Vegas, Miami, Phoenix and Tampa. All those cities are still seeing strong price gains now, especially Las Vegas, which leads all the cities in gains.

While demand for housing is still strong, a continued shortage of for-sale listings has overheated prices throughout much of the past year, and buyers stepped back.

These get revised every month, so it’s likely that this July index will be lower than June the next time you see it on October 30th.

We can probably expect the SDCSI to cool down in the second half of the year, just like it did the last two years! Let’s note that in 4Q17, the cumulative change for the index was -0.1%. 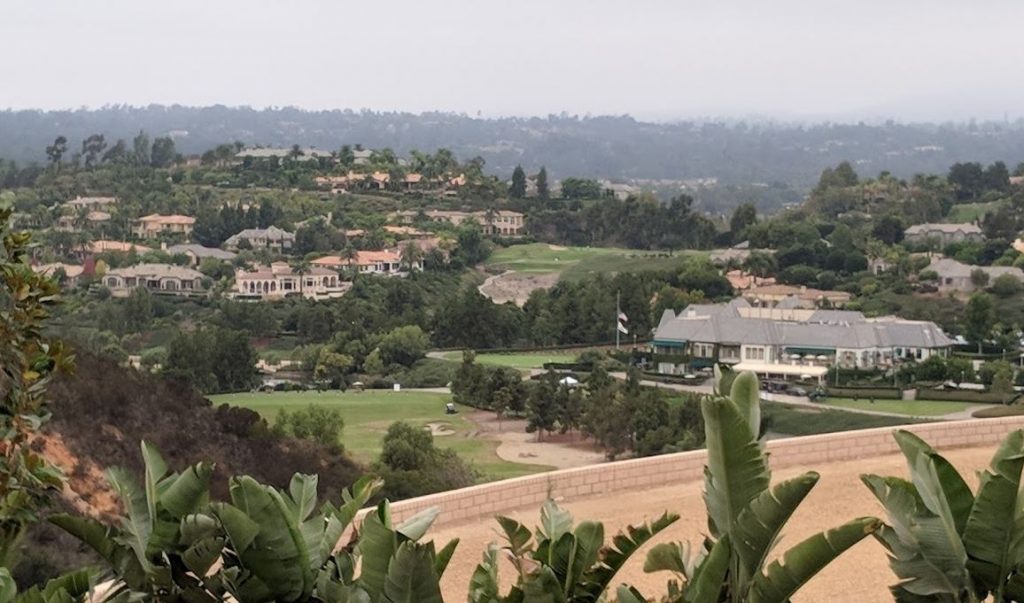 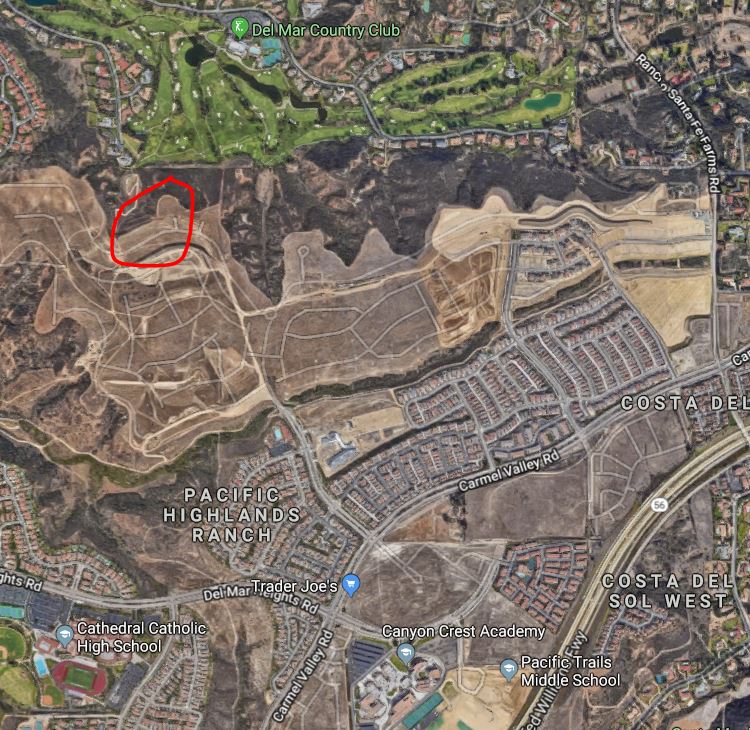 Where are they going to work?

These are the four main employment sectors in Carlsbad: 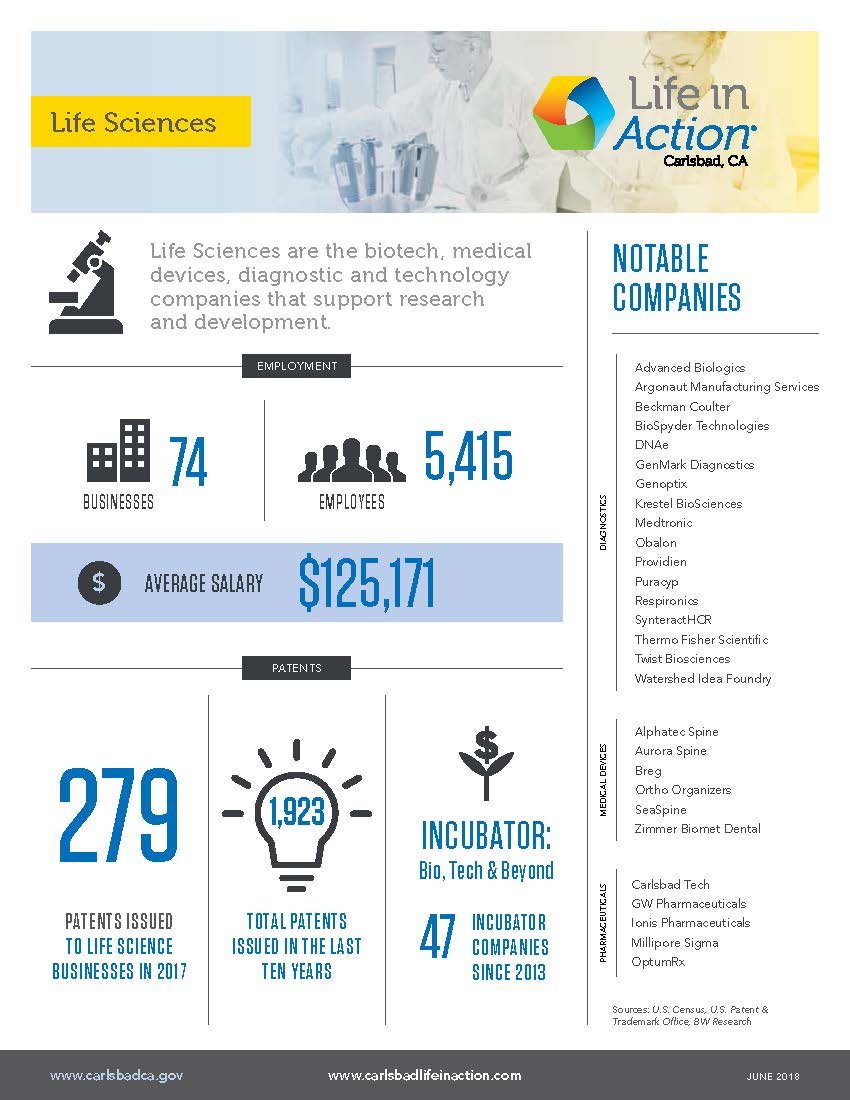 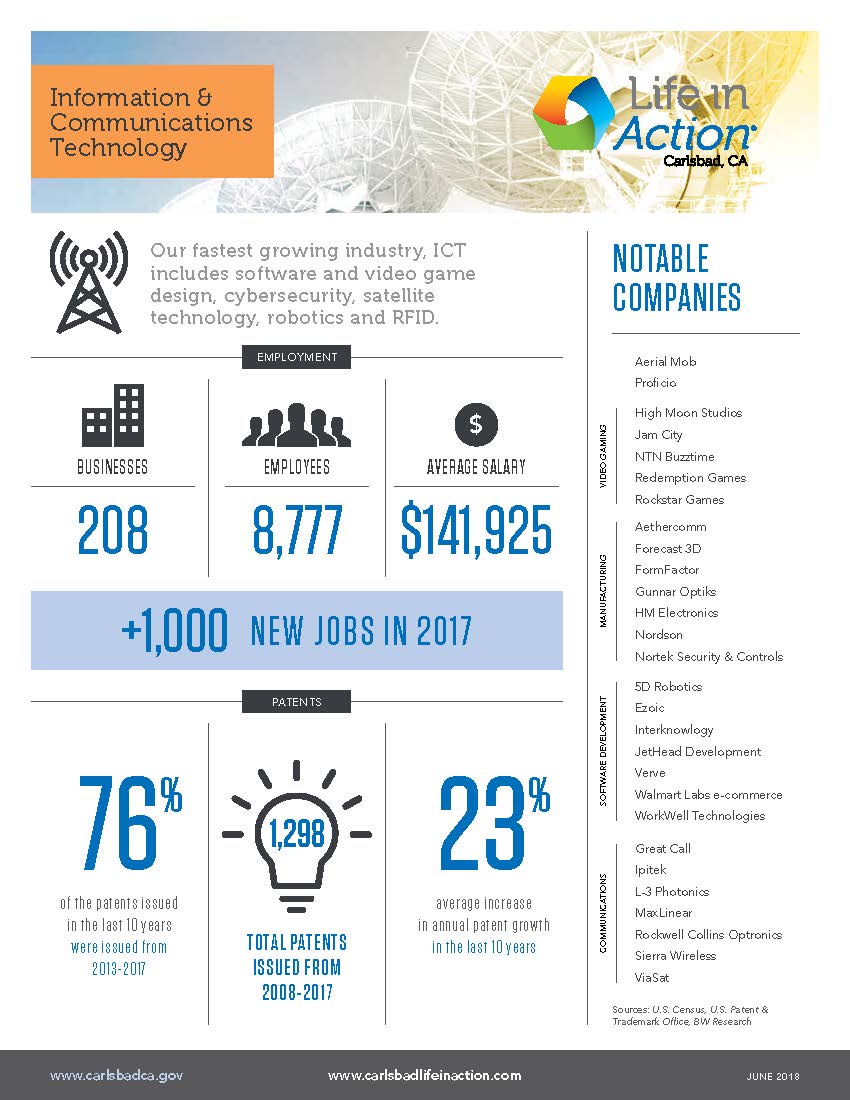 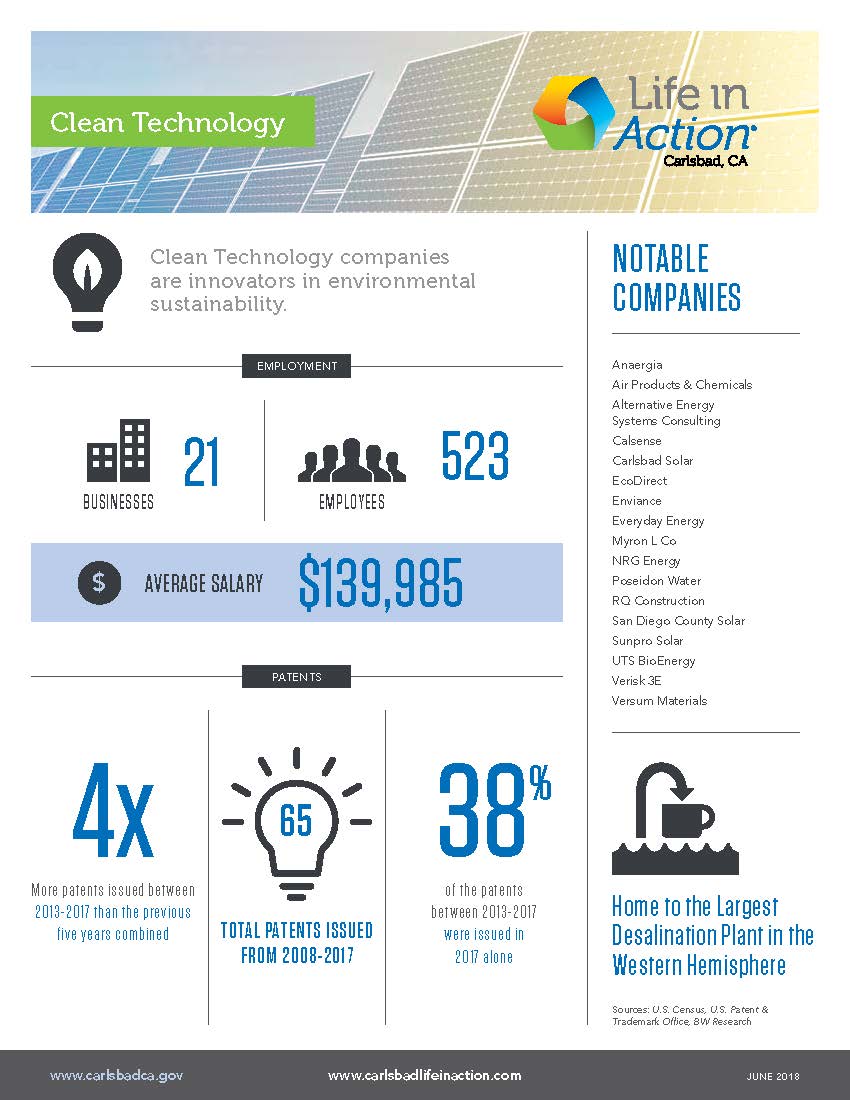 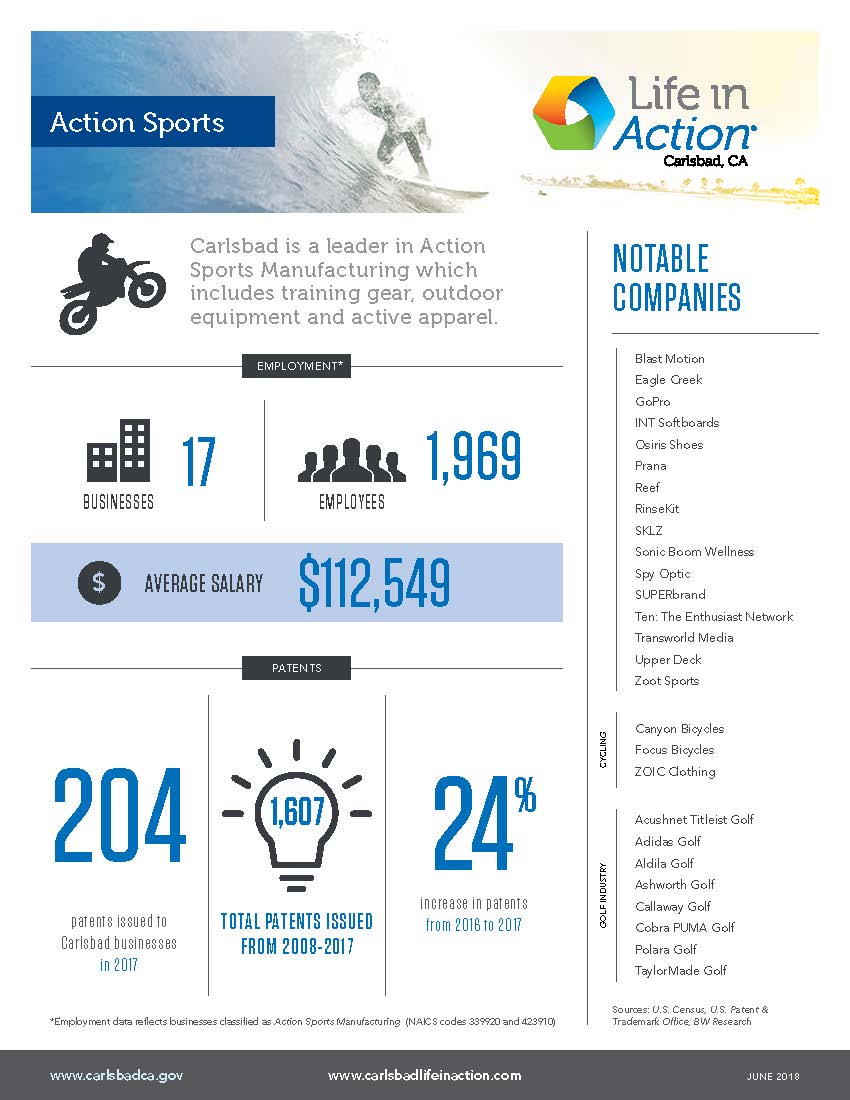 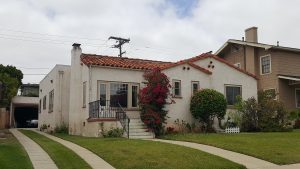 We are mellowing down easy – the new pendings averaged 50 per week in September (they were 55 per week last year, and 66 per week in 2016).  The total number of pendings slipped under 300 for the first time since mid-February, and are now at 296.

The Case-Shiller Index is tomorrow, and October starts a week from today!

END_OF_DOCUMENT_TOKEN_TO_BE_REPLACED

Stay in the Game

No offers yet on my one-story trophy property, but the more I spend time there and talk to potential buyers, the more confident I get.  We knew it was a specialty product from the beginning, so we will be patient.

Are we getting the numbers? 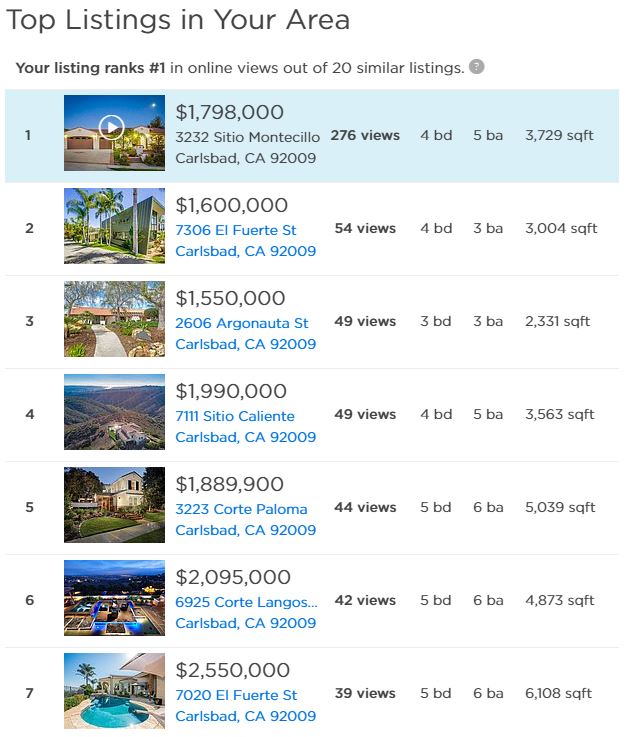 The 276 views in the first 36 hours is pretty impressive, especially when we don’t know for sure if the clickers knew it was a single-level home.  Love that four out of the six competitors are priced higher!

The Facebook ad was more specific, because I boosted the blog post which showed it was a luxury one-story.  I limited the audience to people who were 45-64 years old, and the 398 clicks is the most I’ve ever had in a day and a half:

The market may feel more sluggish, but it appears that buyers are engaged – they’re just doing their shopping from the couch!  It will take a compelling reason for them to check ’em out in person.  And women rule the world! 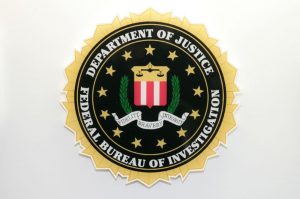 James and Candace Butcher were ready to finalize the purchase of their dream retirement home, and at closing time wired $272,000 from their bank following instructions they received by email.

Within hours, the money had vanished.

Unbeknownst to the Colorado couple, the email account for the real estate settlement company had been hacked, and fraudsters had altered the wiring instruction to make off with the hefty sum representing a big chunk of the Butchers’ life savings, according to a lawsuit filed in state court.

A report by the FBI’s Internet Crime Complaint Center said the number of victims of email fraud involving real estate transactions rose 1,110 percent between 2015 to 2017 and losses rose nearly 2,200 percent.

Nearly 10,000 people reported being victims of this kind of fraud in 2017 with losses over $56 million, the FBI report said.

The Butchers, forced to move into their son’s basement instead of their dream home, eventually reached a confidential settlement in a lawsuit against their real estate agent, bank and settlement company, according to their lawyer Ian Hicks.

The problem is growing as hackers take advantage of lax security in the chain of businesses involved in real estate and a potential for a large payoff.

“In these cases, the fraudster knows all of the particulars of the transaction, things that are completely confidential, things they should not know,” said Hicks, who is involved in more than a dozen similar cases across the United States.

Numerous cases have been filed in courts around the country seeking restitution from various parties. One couple in the US capital Washington claimed to have lost $1.5 million in a similar fraud scheme.

Real estate is just one segment of what the FBI calls “business email compromise” fraud which has resulted in some $12 billion in losses over the past five years. But for home buyers, the fraud can be particularly catastrophic.

“In these cases, the loss can be devastating and life-altering,” Hicks said.

Real estate transactions have become a lucrative target for hackers “because they handle a lot of money and because they have employees who are not the most technically savvy,” said Sherrod DeGrippo, director of threat research for the security firm Proofpoint.

Additionally, hackers often do their homework and “sometimes they know more about the business than the employees do,” she said. 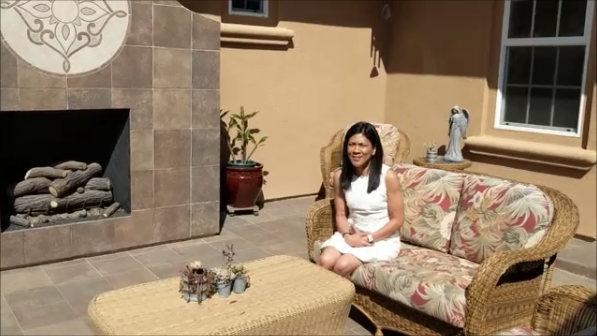 One neighbor complained that this house doesn’t back to the canyon like her house, and then literally in the next breath said that she was madly gathering up her valuable possessions this weekend and moving them to a secure place because we’re overdue for a fire.

Backing up to scrub-brush isn’t the positive it used to be!

Here’s what we are selling here:

There’s more to a house than just sticks and stucco! 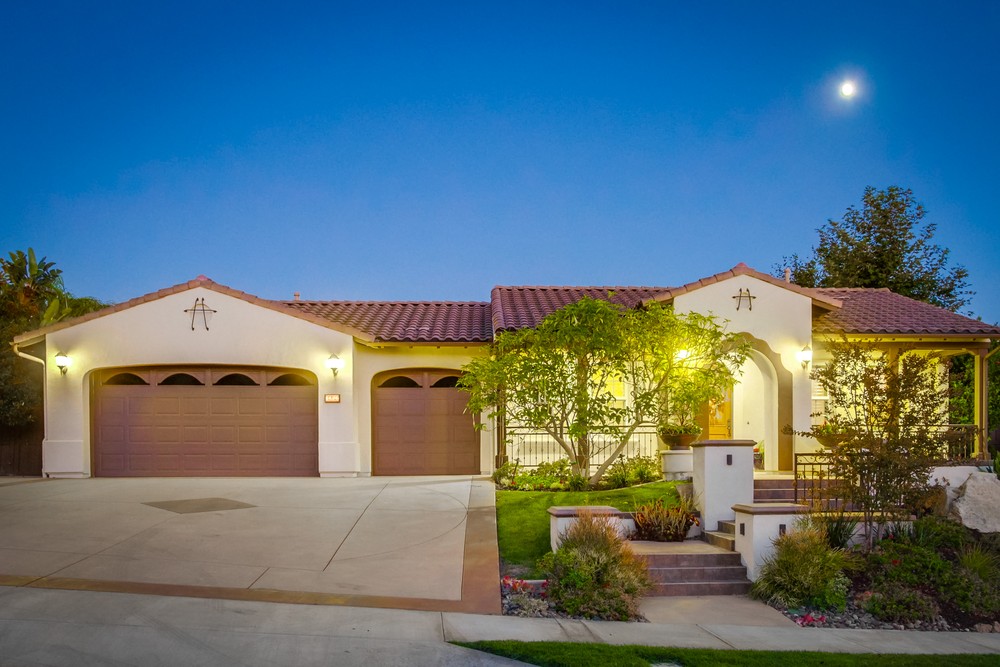 My new listing at the top of the hill in La Costa Ridge – probably the best listing I’ve ever had on the blog!

Stunning one-story luxury home in top condition in the premier Fiori neighborhood of gated La Costa Ridge! All four bedrooms are en suite with their own full bath, travertine and hardwood floors, stainless Thermador kitchen, new dual-zone central A/C, new tankless water heaters, custom window coverings, new pool equipment, all surrounding a 550sf courtyard that adds usable outdoor living area under the stars! These are very rare – the last sale of this model was in 2012! The Best of Carlsbad! 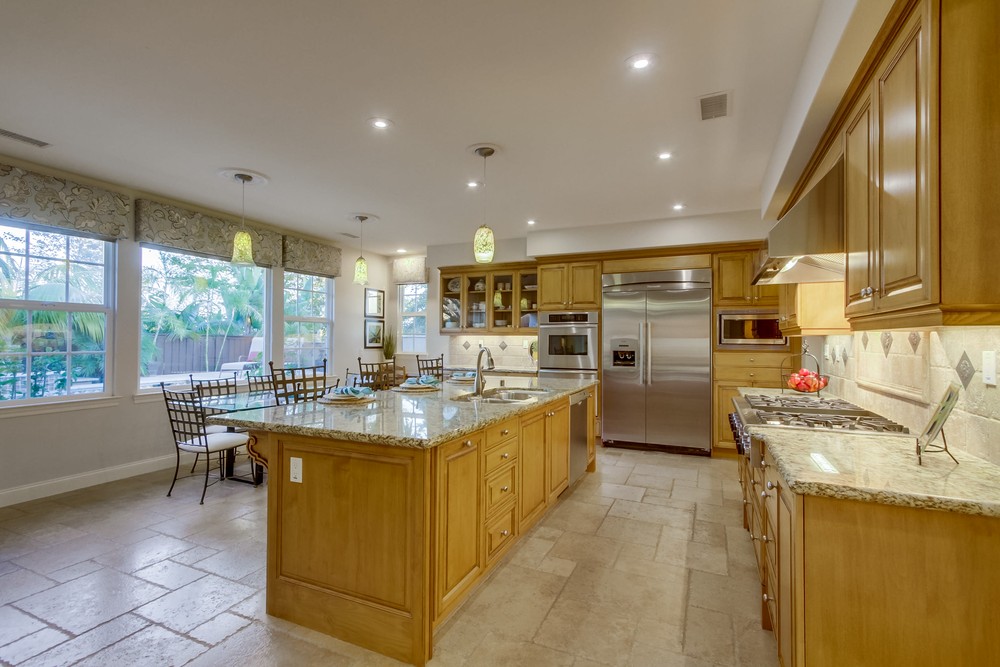 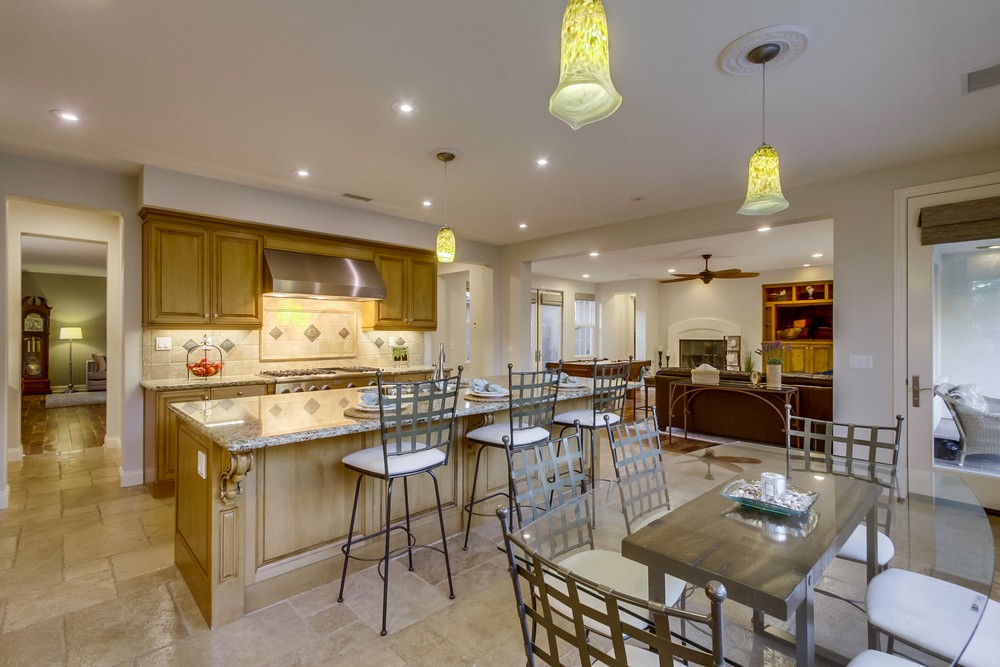 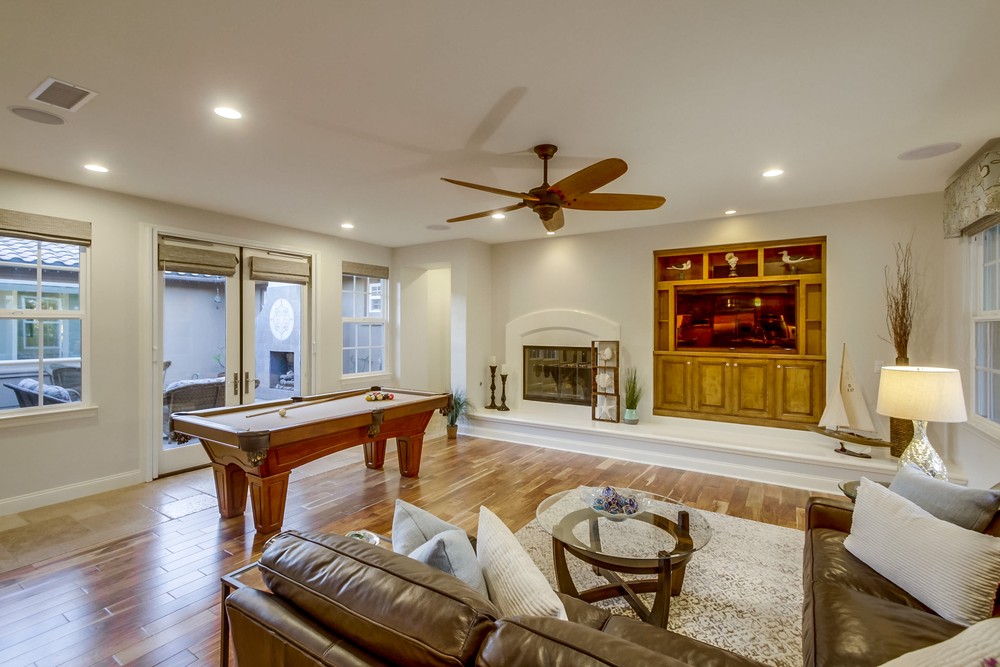 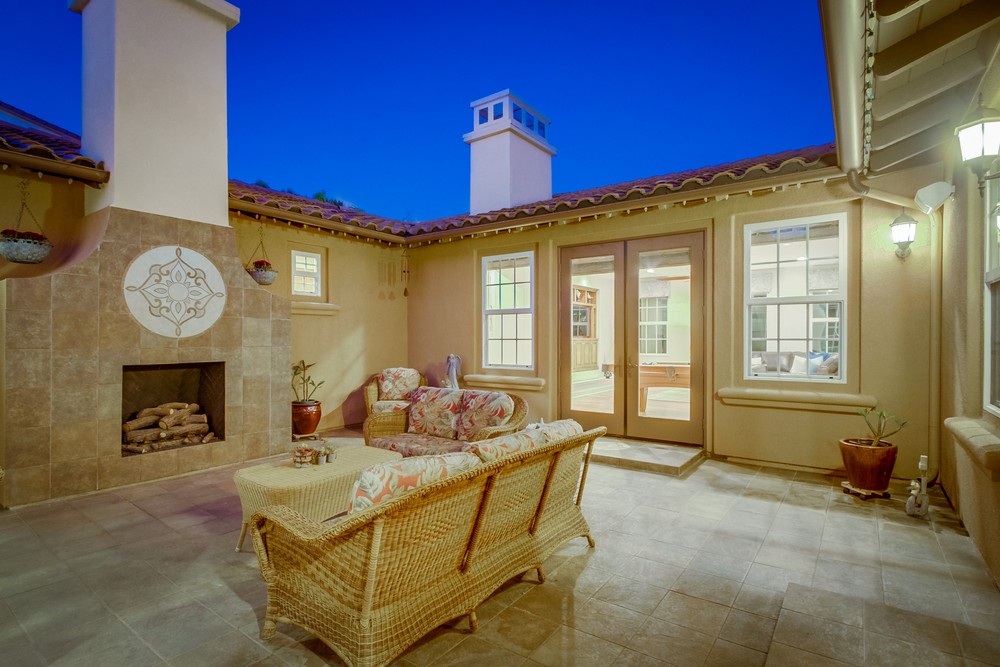 My new listing at the top of the hill in La Costa Ridge – probably the best listing I’ve ever had on the blog!  Open 12-3pm Saturday and Sunday!

Stunning one-story luxury home in top condition in the premier Fiori neighborhood of gated La Costa Ridge! All four bedrooms are en suite with their own full bath, travertine and hardwood floors, stainless Thermador kitchen, new dual-zone central A/C, new tankless water heaters, custom window coverings, new pool equipment, all surrounding a 550sf courtyard that adds usable outdoor living area under the stars! These are very rare – the last sale of this model was in 2012! The Best of Carlsbad!