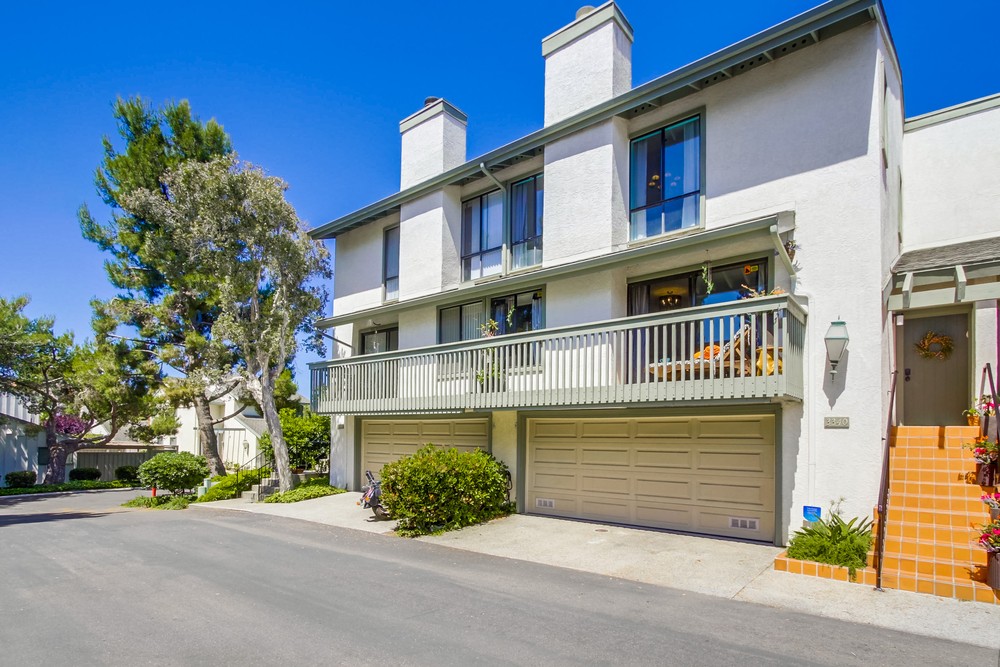 Glad to be back home Saturday in my favorite town of all-time, La Jolla, CA.  Please join me 1-3pm Saturday for open house at 3340 Caminito Vasto! 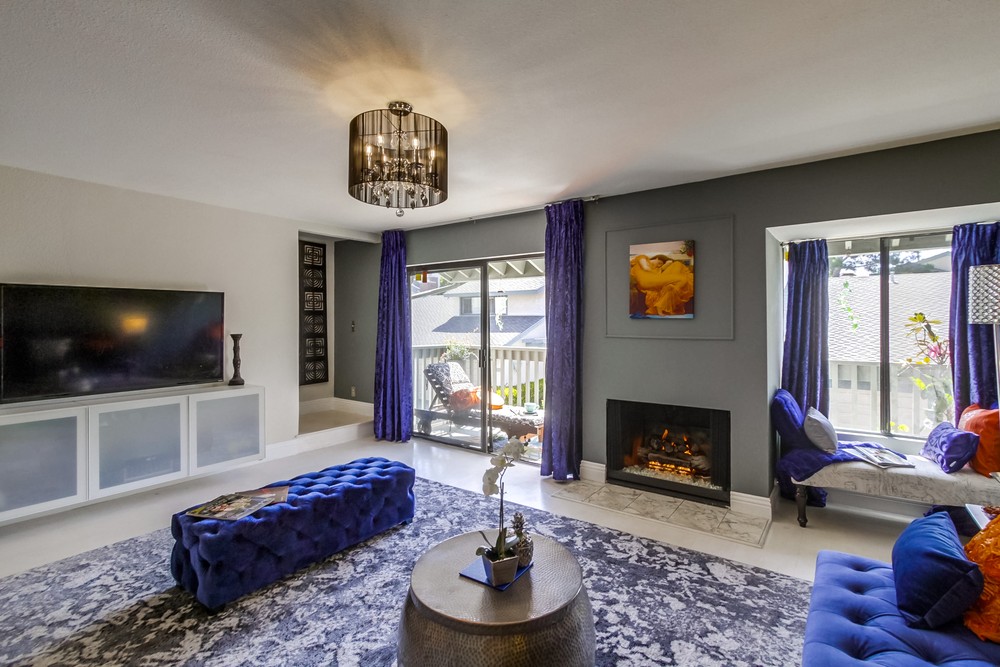 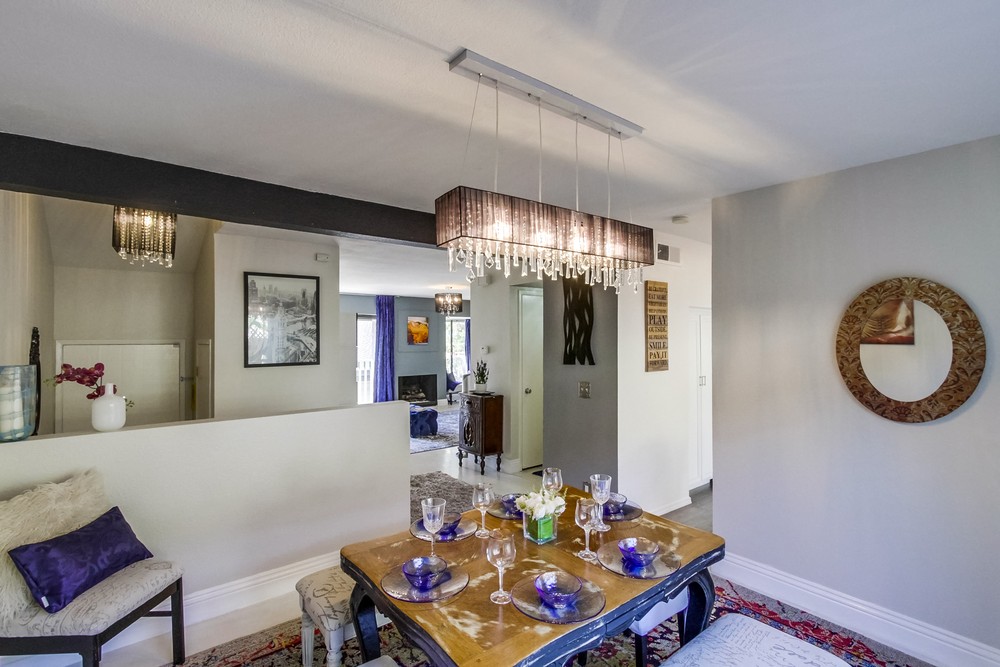 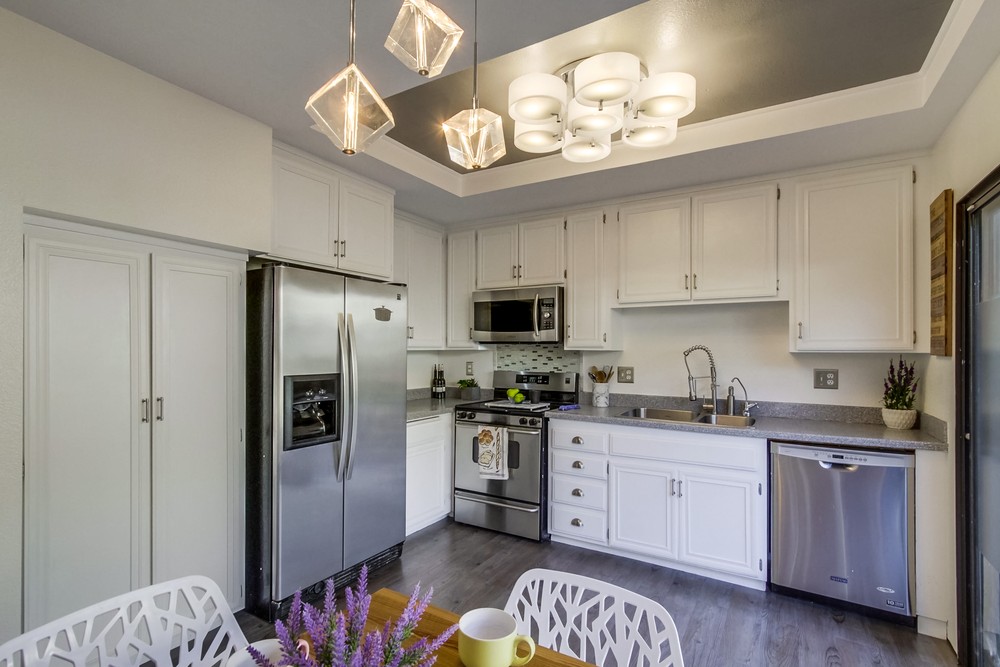 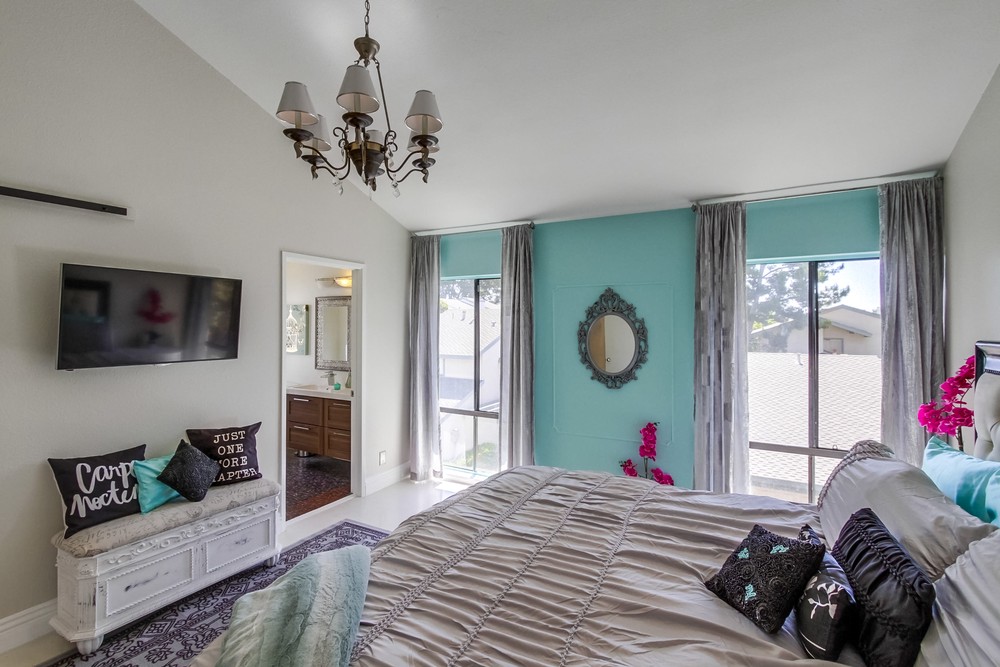 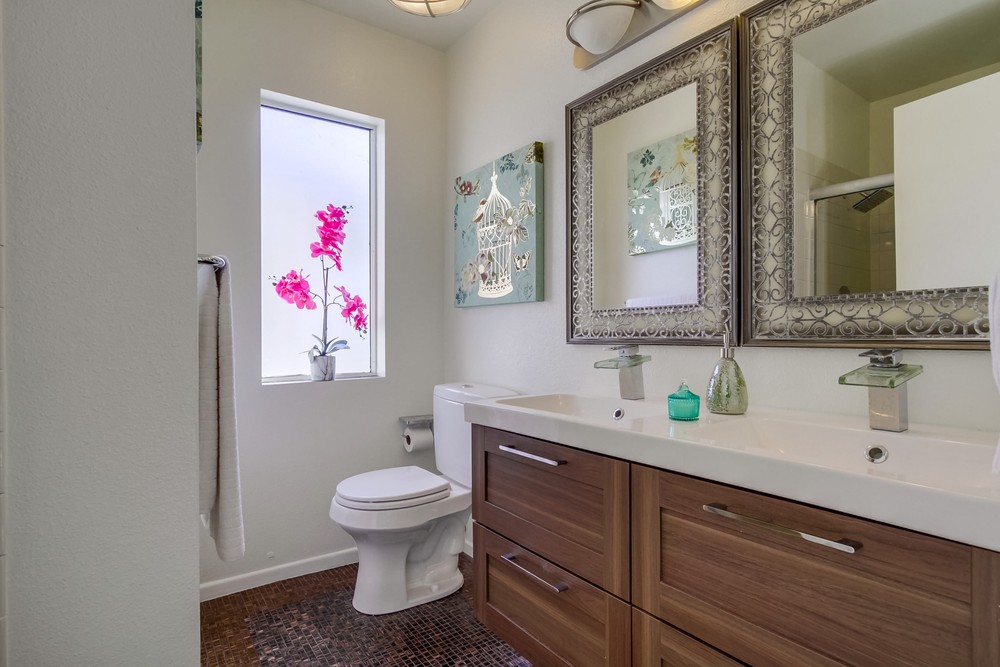 Zillow is supposed to be auto-uploading every listing with 60 minutes, but here we are eight hours after MLS input and my listing is still not on Zillow.  Hmmm.

Here is the red team’s link instead:

You may have seen that they announced today that they are going public, and those who bet the farm will be amply rewarded, not because they provide a better service, but because they offer the sexiest disruptor. 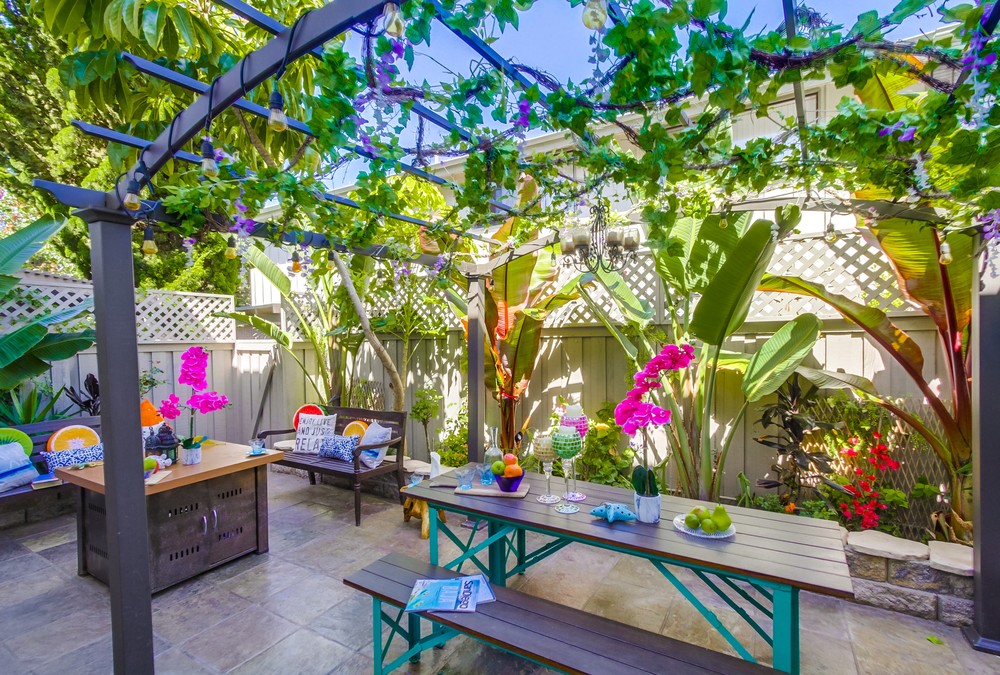 How Long Have Sellers Owned

The last column below is regarding the 99 NSDCC houses sold between June 13-22 – these are the years when the sellers purchased the home they sold:

This year we’ve had an increase of recent purchasers selling!

Are they moving up, or cashing out?

I’ve been having more thoughts about the older boomers selling.  Though the long-timers here still make up a large group of sellers, they may not all be as old as I imagined.  With a third of sellers being recent buyers, it suggests that there could be more mobility – buyers may not be buying their forever home.

Or are they making a quick buck and cashing out?

There weren’t many pure flippers in the 2012-2017 group, so we’ll see if the trend continues.  It could be an anomaly. 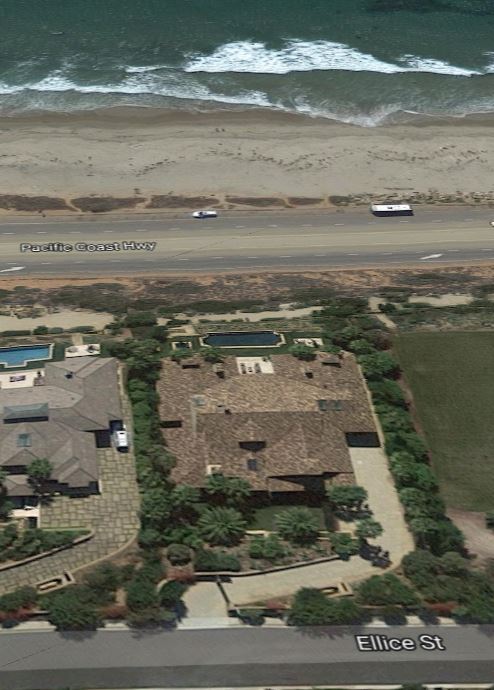 Be careful about buying online – watch this video below and see if you can tell that Pacific Coast Highway is between the house and the beach. It sold for $15,850,000:

The C.A.R. is using a new metric – market velocity, which is what we’ve used here frequently to compare monthly solds to new listings:

Market Velocity – home sales relative to the number of new listings coming on line each month to replenish that sold inventory – continued its upward momentum in May, suggesting that home prices should grow further in the upcoming months. It is strongly correlated with increases/decreases in price growth with a roughly three- to six-month lag time.

It’s an imperfect measurement because the new listings each month don’t necessary have a direct relationship to those sold – very few are in both categories in the same month.  But comparing the rate of change to previous months and years gives us some warning about what’s coming.

Here’s how the NSDCC market (La Jolla to Carlsbad) is shaping up:

This year’s momentum has been slightly better than last year, though not by much.  We have had a fantastic week of closings too, and this month’s sales should match or exceed last year’s by the time the count is complete!

The number of new listings this month looks dramatically low, but the count should get into the mid-400s when the final count is in.  No flood of supply yet!

The Future of Realtors 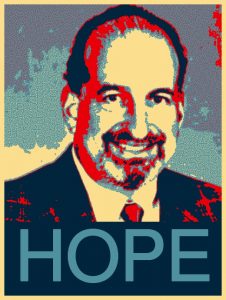 Notorious Rob has a series of posts about the new CEO for the National Association of Realtors, and the future of the realtor industry.  The interesting part is that the current president of the N.A.R. responded, which only brought up more questions.

Rob’s blog with his three posts is linked here.

This is his most-recent post that addresses the president’s response, and Rob’s call to action (I left a comment):

The first two posts get into how Bob Goldberg became C.E.O.  But the post linked above could be a catalyst for change.  Hopefully the N.A.R. folks are listening, and are serious about doing something to help agents! 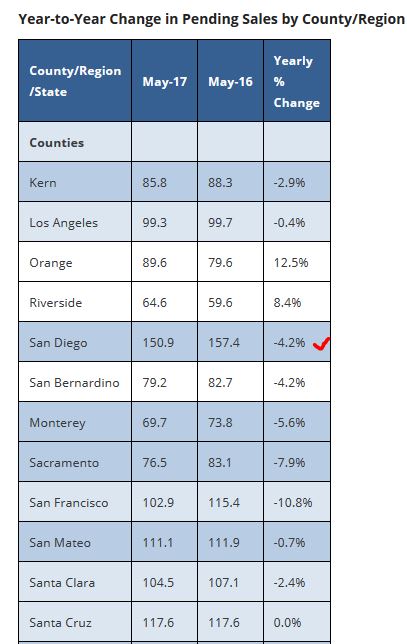 We’ve had it so good for so long, we’re bound to have some bouncing around. Our cheerleaders want to make it black and white = sales down, prices up:

LOS ANGELES (June 28) – Even with a strong performance in May closed escrow sales, California pending home sales fell for the fifth consecutive month, suggesting the state’s housing market may underperform over the next few months, the CALIFORNIA ASSOCIATION OF REALTORS® (C.A.R.) said today.

Along with the decline in pending sales, REALTORS® are more cautious due to their growing concern over supply and affordability issues, C.A.R.’s May Market Pulse Survey** found. REALTORS® also saw fewer floor calls, and less open house traffic than in April.

• Despite a bounce back in May closed escrow sales, the downward trend in pending sales suggests the housing market may underperform over the next few months. With interest rates expected to rise in the second half of the year, the sales momentum could slow further or even shift in the third and fourth quarters.

• The Southern California Region reversed a three-month decline and posted a 1.3 percent improvement in pending sales from the previous year, aided largely by healthy gains in Orange and Riverside counties, which marked increases of 12.5 percent and 8.4 percent, respectively. Pending sales in San Diego, San Bernardino, and Los Angeles counties declined from last May, but those counties had drops of less than 5 percent.

• On the flip side of the coin, the San Francisco Bay Area experienced a decline in pending sales in May, falling 5.5 percent on an annual basis. Pending sales in San Francisco County declined the most at 10.8 percent, and San Mateo and Santa Clara counties posted pending sales decreases of 0.7 percent and 2.4 percent, respectively as inventories remained extremely low and median prices exceeded $1 million.

• In C.A.R.’s newest market indicator of future price appreciation, Market Velocity – home sales relative to the number of new listings coming on line each month to replenish that sold inventory – continued its upward momentum in May, suggesting that home prices should grow further in the upcoming months. Solid demand motivated by low interest rates, coupled with tight supply, put upward pressure on prices in the last few months as the home buying season remained competitive. The statewide median price should remain near its recent high until late summer or early fall. Market Velocity is strongly correlated with increases/decreases in price growth with a roughly three- to six-month lag time.

A beautifully maintained beach bungalow from the 1940’s – there won’t be many more of these!  Thanks Dave Miller!

It was right about 1983 that my Dad told me that I’d probably be a salesman, so I figured I should sell the biggest-ticket item – houses! 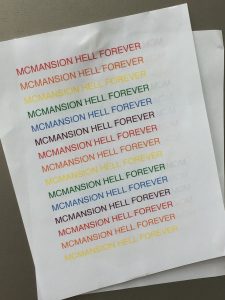 From the seattletimes.com – hat tip SM:

Zillow is dealing with a PR fiasco and a potential legal fight for going after a small, popular blog that makes fun of McMansions.

Kate Wagner — who spotlights large, ugly-looking houses on McMansionHell.com — received a cease-and-desist letter from the Seattle company this week, telling her to stop using Zillow photos on her site. She often makes memes out of Zillow home listing photos, pointing out features of home exteriors and rooms that are not exactly likely to win architecture awards.

Wagner said Tuesday she received emails from about 200 lawyers, and has retained the Electronic Frontier Foundation to represent her, pro bono. They plan to respond to Zillow soon.Outside Zillow’s headquarters in downtown Seattle on Tuesday morning, someone plastered the walls with many colorful signs reading “MCMANSION HELL FOREVER.”

“First of all, I was petrified,” said Wagner, a 23-year-old master’s student in Baltimore, who is working on a thesis on architectural acoustics. Zillow’s letter said Wagner ran afoul of Zillow’s terms of use and may violate the Computer Fraud and Abuse Act and state laws. “It’s pretty terrifying when someone issues you a letter saying you’re a criminal and you’re going to jail.”

Zillow was clearly taken aback by the PR backlash to the saga, which has been making the rounds on national and local news sites for the last 24 hours.

The company is already in the middle of a legal battle on another photo copyright issue and may owe millions of dollars in damages to a real estate photography firm.

Zillow spokeswoman Emily Heffter said that if other sites start publishing photos from Zillow, it could become harder for Zillow to obtain listings from realtors, which provide them under an agreement that only Zillow can use them.

“If we were to back off this, and everyone started taking photos off our site and using them, we’d have a lot of trouble getting photos for our site,” Heffter said. “When you make a deal with someone, you have to hold up your end of it.”

“It’s nothing personal,” she added.

With the big cyber-attack today, let’s touch on a local security issue that is hard to believe.  It didn’t happen to me, but to a listing agent I know.

It involves the new mobile app for our MLS, which is touted as a more convenient way for agents to access the lockbox when showing the home at their scheduled time.

The mobile app allows a realtor to obtain an entry-code for any lockbox on the system – whether the agent owns the lockbox or not, which is a big change.

The breach of security happened when a buyer’s-agent obtained an entry-code to a lockbox on an active listing – but she wasn’t at the house, and didn’t have an appointment.

She gave the code to her buyers, who let themselves in when the sellers weren’t home – and the house was owner-occupied!

Then she did the same thing a second time, giving the potential buyers the code to enter the home on their own – when she is not physically on site and has not made an appointment.

The sellers came home while the buyers were in the house – it wasn’t pretty!