Rage Against The Machine

Yesterday it was announced that the advanced sales of tickets for Coachella 2022 will begin on June 4th.  Tickets will be priced in the low-$500 range.

It is very likely that Rage will be a headliner as part of their reunion world tour:

We lost another legend this week.

James Harman and the Dangerous Gentlemen were fixtures on the local Socal circuit since the 1980s. The last time I saw him at the Belly Up, I did a video of one song and put it on YouTube – and he found it the next day! He had something to say about it too – check the comments section. 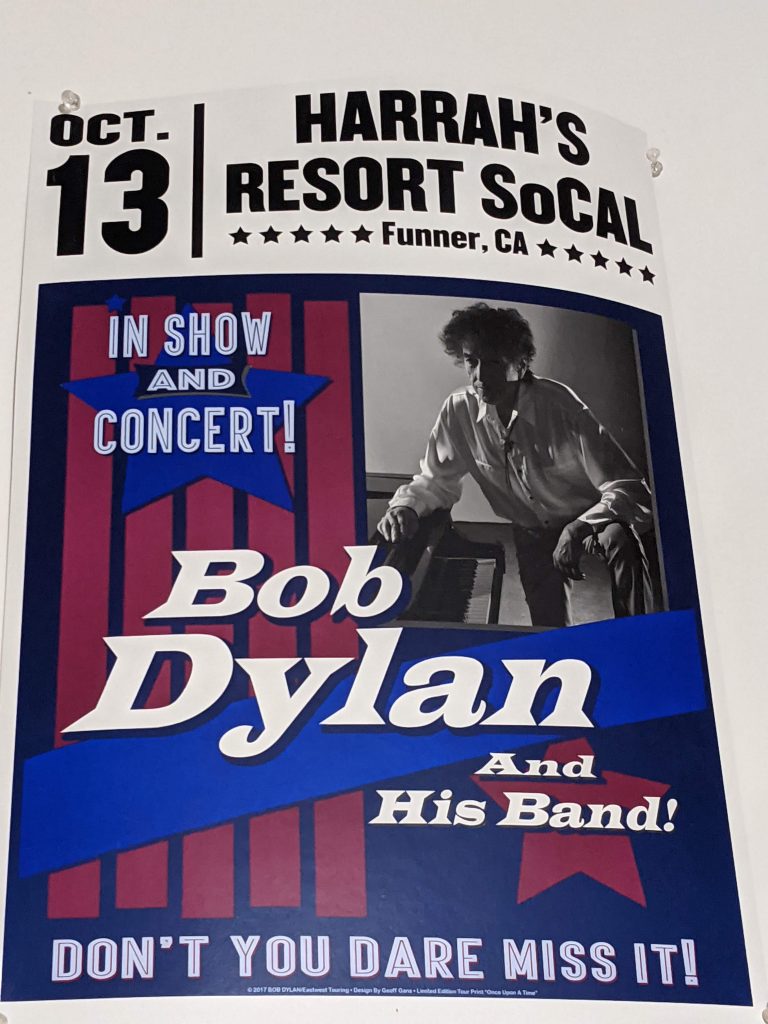 I saw Bob open for Tom Petty in the 1980s, and though they were great friends, it just didn’t seem right.

It’s because Bob can get on stage with lesser-known talent and blow them away with his harp!

Here’s his Leopard-Skin Pill-Box Hat from his acclaimed 1966 album, Blonde on Blonde:

Compared to all the other 77-year old rockers putting out pandemic music, this is pretty good:

He’s long been known as the nicest man in rock, but we think Dave Grohl is also the busiest. In the last week, Grohl has announced plans for his book The Storyteller, a new star-studded TV series entitled What Drives Us, and now, a collaboration with Mick Jagger where he plays guitar, bass and drums.

The slightly punk-tinged song, titled Easy Sleazy, is a celebration of the end of lockdown, with Jagger saying “I wanted to share this song that I wrote about eventually coming out of lockdown, with some much needed optimism – thank you to Dave Grohl for jumping on drums, bass and guitar, it was a lot of fun working with you on this – hope you all enjoy Eazy Sleazy!”

Grohl added on social media, “It’s hard to put into words what recording this song with Sir Mick Jagger means to me. It’s beyond a dream come true. Just when I thought life couldn’t get any crazier……and it’s the song of the summer, without a doubt!!”

Dave’s new series, “What Drives Us”, featuring Ringo Starr, St. Vincent, Lars Ulrich and more will air on April 30 via The Coda Collection in the US and Amazon Prime worldwide (Exene is in it too!): 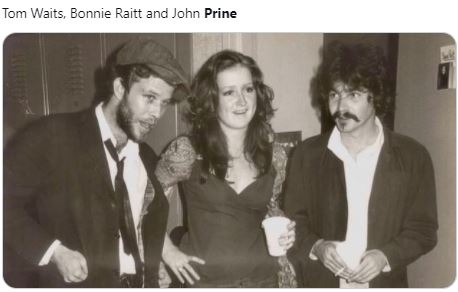 John Prine died of Covid-19 a year ago yesterday, and his wife asked us to remember him by this song.

I fell asleep last night so let’s play it tonight:

This was filmed at Johnny’s 13,880sf house in Hendersonville, Tennesee where he and June lived until their deaths in 2003 (shortly after this was filmed). Trent Reznor wrote the song while living in Sharon Tate’s old house – yes, that house – and after he watched this video, Trent said, “that song isn’t mine any more”.

Link to story about the song: https://ig.ft.com/life-of-a-song/hurt.html

Link to story about the house: https://www.seattletimes.com/entertainment/famous-lakeside-home-of-johnny-and-june-cash-burns-down/

Link to Trent Reznor and David Bowie’s live version of the song: https://youtu.be/fhhEHuChFck 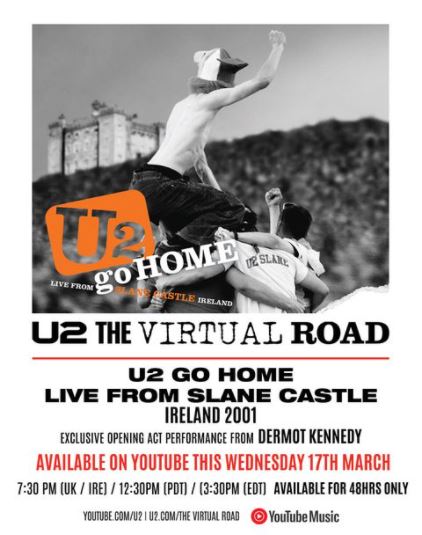 Today, everyone’s favorite Irish band premiered its legendary ‘U2 Go Home: Live From Slane’ show at the iconic music venue Slane Castle outside of Dublin, part of their ‘Elevation Tour’, on September 1st, 2001.

John Townes Van Zandt[1] (March 7, 1944 – January 1, 1997) was an American singer-songwriter. He wrote numerous songs, such as “Pancho and Lefty”, “For the Sake of the Song”, “Tecumseh Valley”, “Rex’s Blues”, and “To Live Is to Fly”, that are widely considered masterpieces of American songwriting. His musical style has often been described as melancholy and features rich, poetic lyrics. During his early years, Van Zandt was respected for his guitar playing and fingerpicking ability.

In 1983, six years after Emmylou Harris had first popularized it, Willie Nelson and Merle Haggard covered his song “Pancho and Lefty”, reaching number one on the Billboard country music chart. Much of Van Zandt’s life was spent touring various dive bars, often living in cheap motel rooms and backwood cabins. For much of the 1970s, he lived in a simple shack without electricity or a telephone.