Get Back – New Beatles Movie

Last night I watched the John Lennon Imagine documentary on Netflix and it was an incredible experience of the John and Yoko era. This is similar but different:

Acclaimed filmmaker Peter Jackson’s “The Beatles: Get Back” is a unique cinematic experience that takes audiences back in time to The Beatles’ intimate recording sessions during a pivotal moment in music history. The film showcases the warmth, camaraderie and creative genius that defined the legacy of the iconic foursome. Shot in January 1969 and compiled from over 60 hours of unseen footage (filmed by Michael Lindsay-Hogg) and more than 150 hours of unheard audio, all of which has been brilliantly restored, “The Beatles: Get Back” is the story of John Lennon, Paul McCartney, George Harrison and Ringo Starr as they plan their first live show in over two years and charts the writing and rehearsing of 14 new songs, originally intended for release on an accompanying live album. The film features – for the first time in its entirety – The Beatles’ last live performance as a group, the unforgettable rooftop concert on London’s Savile Row as well as other songs and classic compositions featured on the band’s final two albums, Abbey Road and Let It Be.

Top Jimmy & The Rhythm Pigs had a residency playing “Blue Mondays” every Monday night at the Cathay de Grande nightclub at the corner of Argyle and Selma in Hollywood, California for three years, and was an important part of the Los Angeles rock scene. Top Jimmy & The Rhythm Pigs concerts often featured guest appearances by such artists as Tom Waits, David Lee Roth, Stevie Ray Vaughan, members of X, The Blasters, The Gun Club, The Circle Jerks, The Plugz, The Fabulous Thunderbirds, and many more.

D.J. Bonebrake, who appeared on Pigus Drunkus Maximus, was a member of X. The band was saluted in the Van Halen song “Top Jimmy”, and mentioned in “The Call of the Wreckin’ Ball,” on the The Knitters album, Poor Little Critter on the Road and the X album, Live at the Whisky a Go-Go.

Top Jimmy got his nickname because he at one point worked at a fast-food stand called “Top Taco”, located across the street from the A&M Records studios in Hollywood. At some point, he got a job working as a roadie for X. At the end of a soundcheck, he sang a version of the Doors “Roadhouse Blues”, which garnered the attention of the band and Doors member Ray Manzarek, and led to Top Jimmy performing an encore version of the song with X and Manzarek, during a May 1980 X show at the Whisky-A-Go-Go.

Koncek died in 2001 in Las Vegas, Nevada from liver failure. 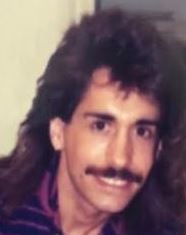 Donna first met Jade in 1990 and shortly thereafter he became the family hairstylist – and Jade was our guy until he left us way too soon in 2013. It was about 22 years ago that he gave me this CD and suggested that I take a listen because he thought they might be going places. 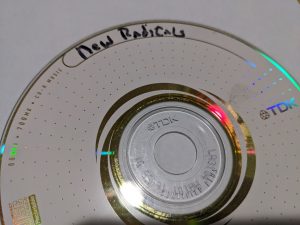 Unfortunately, the band broke up about the same time, and we haven’t heard from them since….until tonight, when they got back together to play the inauguration. It turns out that this song is a Biden/Harris favorite – read the story here. This one’s for Jade! Hat tip Mrs. Dawg!

Exclusive: Watch the Complete New Radicals ‘You Get What You Give’ Inauguration Performance

“Someday all our dreams will come to be, some day in a world where men are free, maybe not in time for you and me, but someday at Christmastime….”

Ok I’ve rescued you from any more musical torture and have been deleting with abandon (I had 406 drafts on Sunday). All that’s left are the best:

Hendrix, with bandmates Mitch Mitchell (drums) and Billy Cox (bass), was already booked to perform a concert in Honolulu at the H.I.C. Arena on August 1, 1970, and the film’s director, Chuck Wein, desperate to feature Hendrix in some capacity, devised a plan to film a free “color/sound vibratory experiment” on the lower slope of the dormant Haleakala volcano.

Word of mouth about a free Jimi Hendrix concert led a few hundred curious Maui locals to the Baldwin cattle ranch in Olinda where a makeshift stage was constructed and the audience was arranged by their astrological signs. The performance captured the Jimi Hendrix Experience at the height of their powers, playing two full sets against the natural backdrop.

“Jimi loved adventure and there was certainly no shortage of it during his time in Hawaii, a place he also loved,” said Janie Hendrix. “The back story of Rainbow Bridge and these recordings paint a picture of Jimi’s uncanny ability to turn the bizarre into something amazing! We’re excited about this release because it gives the world a closer look at Jimi’s genius.”

Link to Article on Documentary Film

While reducing my blog-post drafts down to a manageable few, let’s review some of the best music videos.

We were lucky to see Alicia live and up close in her first big tour, and this video shows what we saw – a regular girl singing her heart out. Say hello to your La Jolla neighbor:

I have saved hundreds of live-music youtubes over the years and it’s time for a year-end clearout. I try to play music on Wednesday nights but fall asleep half the time, and other times I play them on Tuesday by mistake. So hardy har har, 2020, these are the best of what I have left – starting with the sultry goddess of rock:

Margo Timmins (born January 27, 1961) is the lead vocalist of the Canadian band Cowboy Junkies. She is the sister of Michael Timmins, the band’s lead guitarist, and Peter Timmins, the band’s drummer. Her ethereal vocals, paired with the band’s spare and low-key instrumentation played at a relaxed pace, lend the band its unique atmospheric sound.

I found myself a friend,
but he’s crooked as a stick in water
So now I’m writing fairy tales
to catch the spirit of revenge
He’s got a plan to steal my little sister,
but I’m not too concerned
’cause I will get him in the end