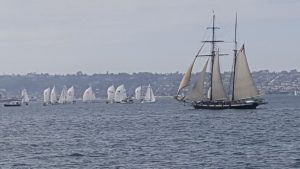 The market has been great lately, with virtually no let up in demand in spite of higher prices and November starting tomorrow.  Here is how this October stacks up to the last few years, based on the readings for the closest five weeks:

We are benefiting from the fine balance of slightly-higher inventory (+9% Y-o-Y) getting gobbled up, without spooking the buyers!

END_OF_DOCUMENT_TOKEN_TO_BE_REPLACED 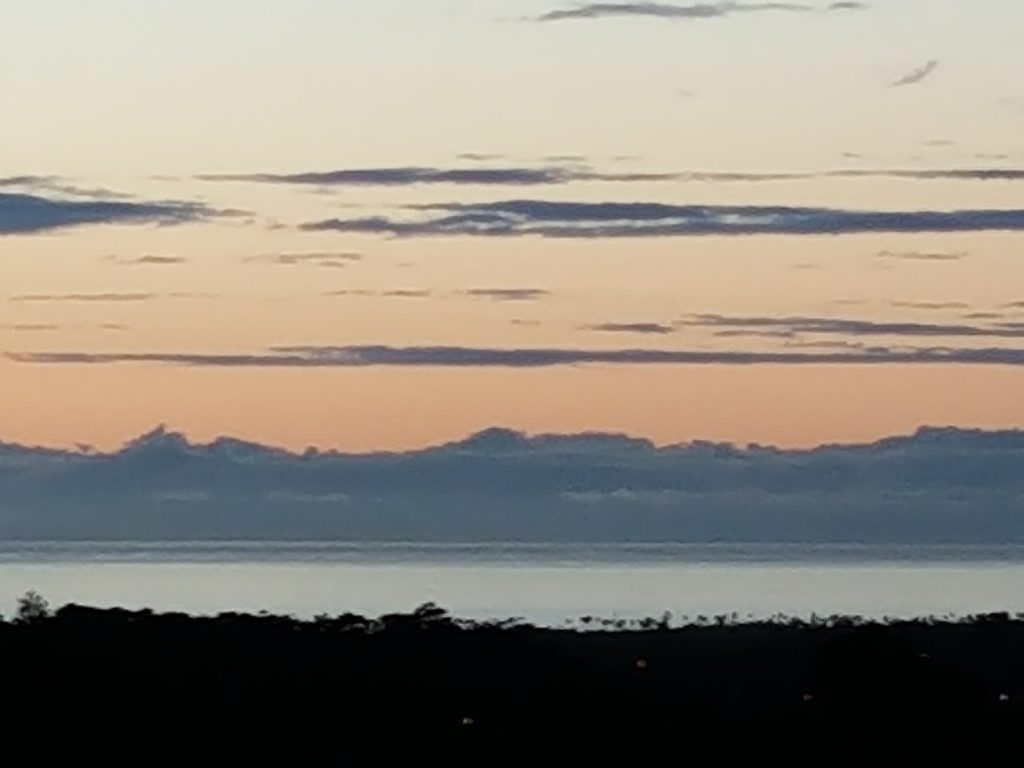 I have a new listing this week that we decided to put on range pricing for two reasons; A) we’re not doing all the repairs needed, and B) if you only have one price, buyers will want to deduct for repairs, even if the repairs are already priced in.

Sold ABOVE the top of the range: 7

Sold at the top of the range: 5

Sold at the bottom of the range: 8

Sold UNDER the bottom of the range: 70

Going with range-pricing is a gamble that I don’t think sellers or listing agents recognize – over the last two months, most NSDCC houses (55%) listed on the range sold for UNDER the bottom price, which had to be a disappointment.  It wasn’t just the high-enders either – it was across the board.

It leaves us with a couple of questions:

I have never seen a buyer jump for joy over range pricing. 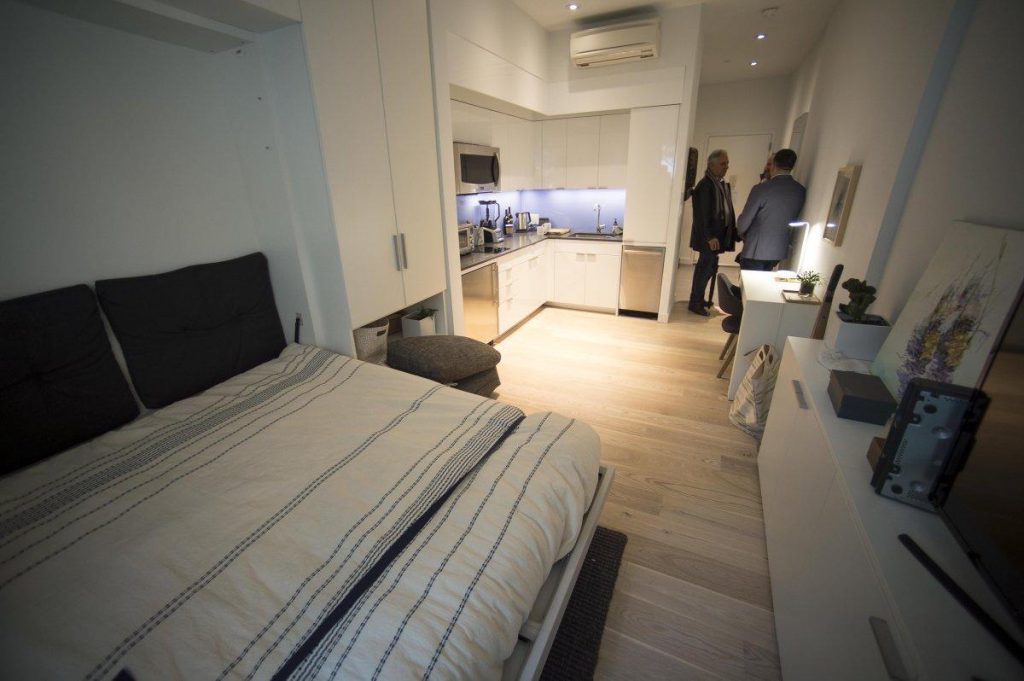 Hat tip to Susie for sending this in – smaller is getting more popular!

The 55 micro-unit project at 335 E. 27th St. in Kips Bay was launched after a 2013 city competition to look into new ways to find affordable housing for the booming population of one- and two-person households. That category represents about 63% of the city’s renters, records show.

The apartments are between 260 and 360 square feet and have 9-feet-by-8-inch floor-to-ceiling summits. The units also include 8-feet high windows, a Murphy bed, some small storage spaces and an open kitchen.

“Why should New Yorkers have fewer options than people who live in Hong Kong or San Francisco?” said Kirk Goodrich, vice president and director of real estate development for Monadnock. “Interest in the building has been off the chart.”

The building also has a gym, a club room, resident lounge and an outdoor terrace. The rent runs from $600 a month and up, renters and organizers said.

Airbnb Under Attack in San Diego 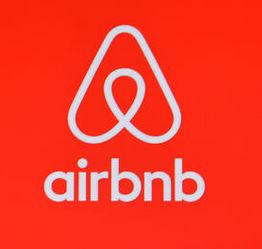 You knew this was coming, sooner or later:

Most Airbnb and other short-term rentals would be banned in San Diego under a proposal released this week by the City Council president.

The proposal would make a simple definition change in the city’s municipal code: Visitors and tourists would be reclassified as transients if they rent a home for less than 30 days.

Under the proposal, a home could not be rented to transients for less than 30 days in most single-family zones of the city. In a multifamily zone, renters would have to stay at least seven days, Council President Sherri Lightner said.

In addition, renters or owners of single-family homes could not rent out a room or space for less than seven days. Areas that allow visitor accommodations would be permitted to have short-term rentals.

If the rule change goes into effect, the municipal code appears to levy a $2,500 fine per violation and a maximum of $250,000 per parcel of land for violations.

“The purpose and intent of the residential zone is for residents,” Lightner said.

The council is expected to take up the measure at a special meeting Tuesday.

END_OF_DOCUMENT_TOKEN_TO_BE_REPLACED 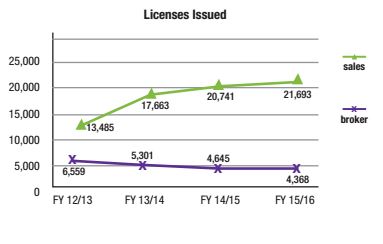 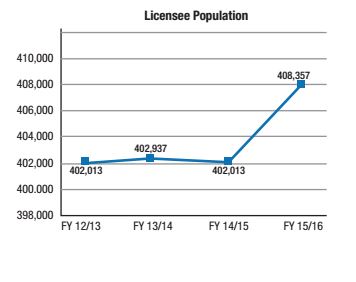 The latest BRE stats are out:

Do you get the feeling that the real estate environment is like the wild wild west?  Well, it is – there is virtually no oversight or enforcement going on:

END_OF_DOCUMENT_TOKEN_TO_BE_REPLACED

by Jim the Realtor | Oct 28, 2016 | Jim's Take on the Market, Remodel Projects, Repairs/Improvements, Staging, Why You Should List With Jim | 0 comments 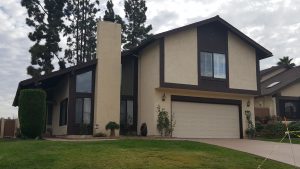 The trends change fast enough that older homes that have been remodeled previously can still benefit from an update:

Catering to the Wealthy 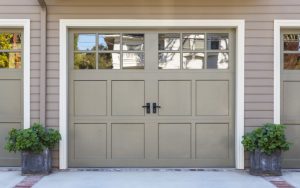 A recent trend in home construction points to growing polarization in the market, as more new homes come with three-car garages than ever before.

Twenty-four percent of homes built last year had garages for three or more cars, according to an analysis of Census data by Robert Dietz, chief economist for the National Association of Home Builders. That is up from 16 percent of homes in 2010, and 11 percent in 1992.

But it’s not so much that Americans want larger garages across the board. Instead, Dietz says homebuilders are increasing constructing houses for older, more monied residents, many of whom have teenage drivers and value three-, four-car garage homes.

“We’re seeing a substantial change in the mix of buyers that builders are catering to,” Dietz said. “The key point is that there has been a significant amount of weakness for entry-level, first-time buyers.” 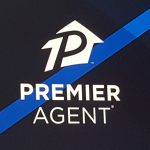 A brief 10-hour Zillow conference kicked off yesterday.  In his opening remarks, Spencer was his usual effervescent self, and assured the crowd that the Zillow dominance is bigger and better than ever:

The Premier Agents are the realtors paying to advertise on Zillow, and those being lauded at this event.  He spun the PA decline as Zillow’s desire to only work with the best realtors, but the only qualification to be a Premier Agent is to be willing to pay for their advertising.

He talked about real estate teams and how they are taking over the marketplace.  It is more than a subtle change, and it is great for Zillow.

The most successful Zillow realtors are those that have 10-30 people on their teams, and are closing 100-400 sales per year.  They spend five-figures per month on Zillow advertising, and dominate their region.

In the beginning, the MLS was created to enable cooperation between realtors, where I sell your listings, and you sell mine.  It is an amazing marketplace where competing agents contribute their listings to the overall supply of homes for sale and encourage every agent to bring a buyer – which has always been in the best interest of consumers.

But the team approach is eroding the cooperation between agents.  Sure, the teams are happy to share their listings with other realtors; that is, if none of the team’s buyer-agents sell it from incessant ‘coming-soon’ marketing.

This is where a statewide MLS with a voice could make a stand, in the name of doing what’s best for the consumers – share all listings with all agents.

It’s too late though.  Zillow and the big Premier Agent teams have too much of a head start, especially in the lower-priced areas of the country where demand is high and scrutiny is low – people just want to buy a house.

Here are some of Spencer’s opening remarks – they are very focused on the mobile experience, and being the biggest provider of American real estate listings to China: 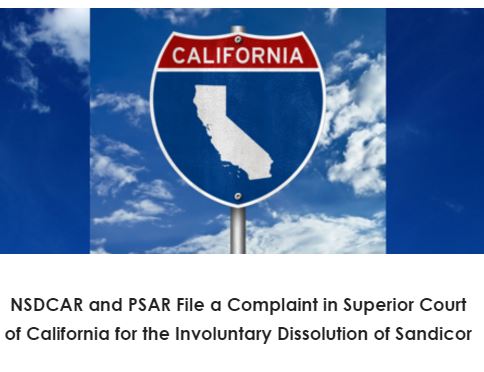 The paperwork has been filed to dissolve Sandicor, our local MLS company.

A bitter fight among the three partners has been brewing all year.  Two of the three associations of realtors, NSDCAR and PSAR, want to join the efforts of CRMLS and their 80,000+ agents and help create a statewide MLS.

Why join forces with CRMLS?

But the third partner, the Greater San Diego Association of Realtors, doesn’t want to join up with CRMLS, and instead wants to create their own consumer-facing portal.  Earlier this year they filed a lawsuit against NSDCAR and PSAR in order to gain full access to Sandicor’s listing data.

Like with most divorces, the people involved decide to part ways, rather than to keep bickering when there are fundamental differences in place.

What will the dissolution of Sandicor mean for consumers and agents?

There might be some uncertainty about having reliable access to the MLS over the next 6-12 months.  For now, the plan is to keep Sandicor up and running while a data-share agreement is implemented with CRMLS, which will give agents access to a second MLS.

As long as SDAR cooperates with that effort, everything should be fine.

However, the SDAR lawsuit is likely to linger.  According to their complaint, they have spent hundreds of thousands of dollars building their own consumer-facing website, only to be denied access to MLS data.

The courts are being asked to find a solution.

The biggest problem – which was solved by the creation of Sandicor in 1991 – is to have all of the San Diego County MLS data in one place.  If Sandicor is dissolved, and SDAR won’t join CRMLS, then SDAR will be left to create their own MLS.  Agents will have to go back to joining two associations, and working two different MLS systems, which isn’t the ideal solution.

What would I do if I were the judge?

I’d dissolve Sandicor, make SDAR join CRMLS, and then give them the data feed to create their own consumer-facing portal.

It might sound too simple, but in the long run, it is what’s needed.

One fear is that the access to the database of sold properties gets interrupted. If that happened, agents would be forced to find their comps at Zillow – wouldn’t that be a fine kettle of fish!

But we would survive.  Agents would migrate to the CRMLS – the only alternative solution – and within six months we would have a new database of sold comps.  Today there are over 300 active San Diego listings in CRMLS, so it is already happening.

I commend Raylene Brundage and other leaders for taking this dramatic step. It will probably get messier over the next few months, but in the long-term, agents want and need one solid, reliable MLS with a collective voice that is powerful enough to take on the outside disrupters.

Buying and selling homes is a big deal for the consumers.  They deserve to have the option of hiring agents who can guide them through the process in the most efficient and cost-effective way possible.

Having a robust statewide MLS with a voice will help agents do just that.

The San Diego Case-Shiller Index barely moved in August, which is similar to last year too.  We had a big pop in July, and then a tame August reading in both 2015 and 2016.

Look forward to occasional negative readings from now on – that’s what happens in flatsville!