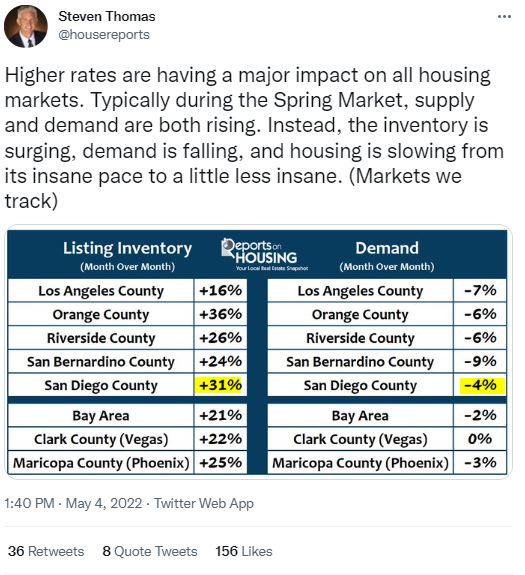 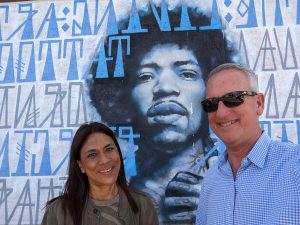 Last year’s frenzy was crazy because of the volume – there were enough listings to drive sales higher than usual.  This year we don’t have as many listings, and it is driving the pricing to astonishing heights:

The median sales price is 42% higher than it was last April.

If listings dry up further, prices could keep rising!

The drastic drop in inventory seems devastating, but check out the closed sales:

Last year was an exceptional frenzy with 663 sales in the first quarter, but look how this year compares to previous years. The 1Q sales in 2022 are fairly close to those in 2018-2020, in spite of fewer choices! 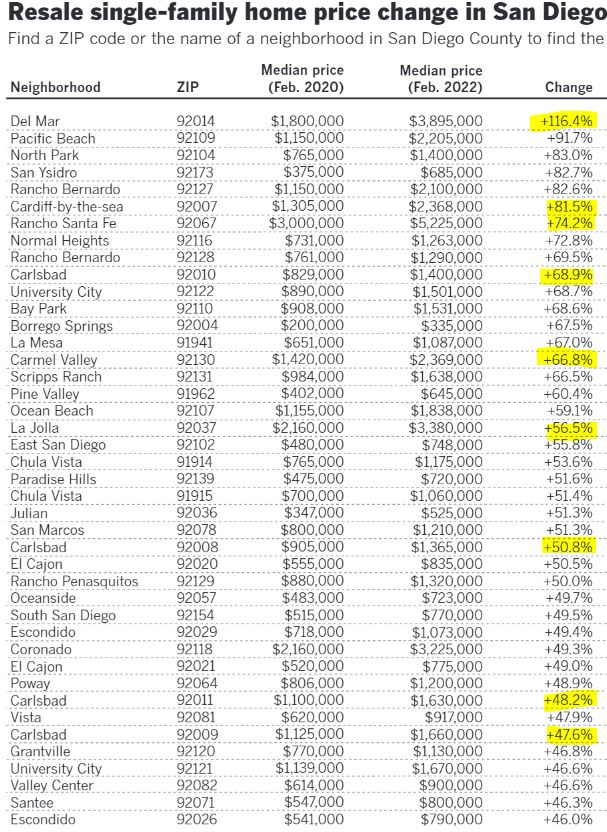 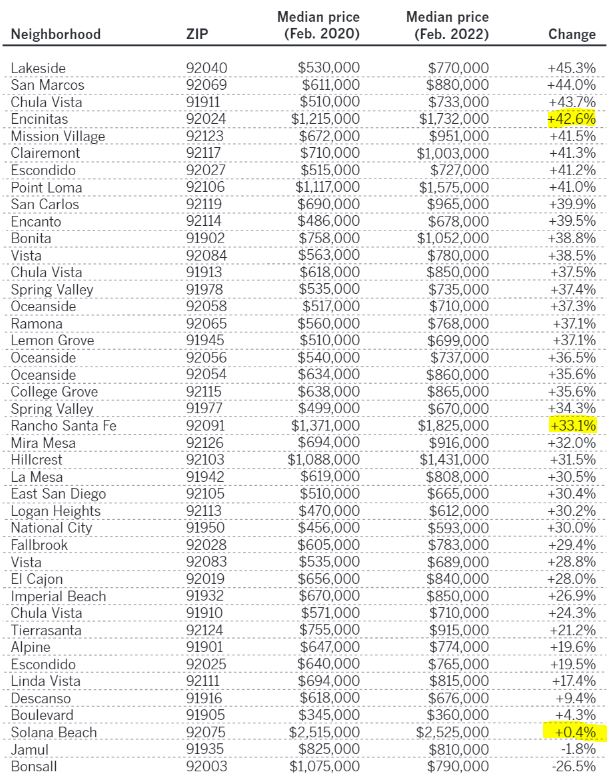 Those highlighted in yellow are featured in my NSDCC counts (North San Diego County Coastal region). 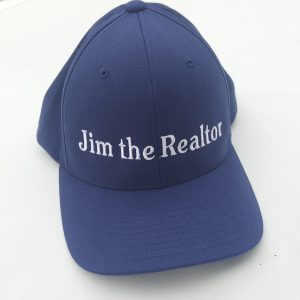 What a wild ride lately! It’s safe to say we’ll never see a March like this again:

We are going to have to live with fewer sales from now on.

The NSDCC detached-home stats in the Jan 1st-to-March 15th period are remarkable:

The median sales price is 5.4% higher than the median list price.

Sales are holding their own, in spite of having around half of the ‘normal’ inventory! 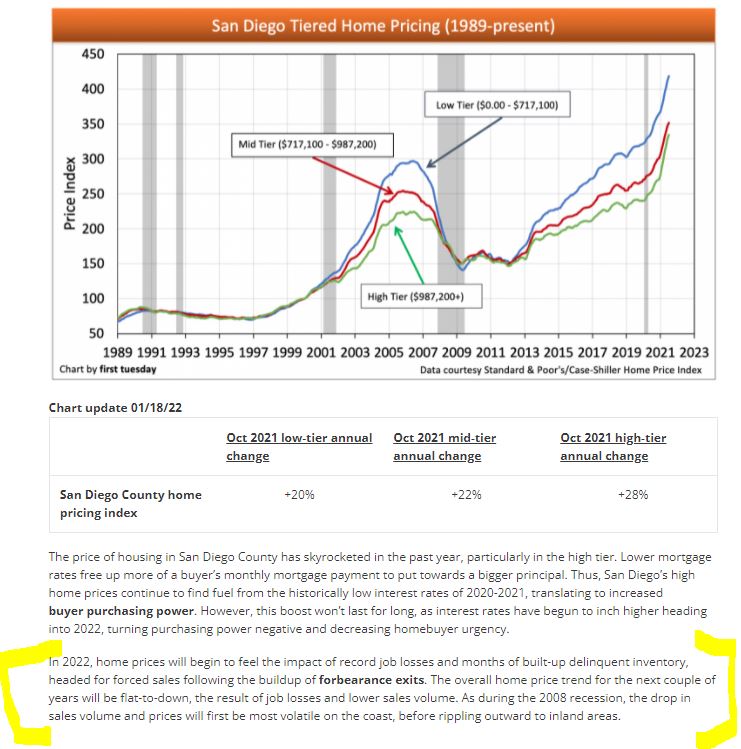 This guy has been drunk on the doom juice for so long that he must never get out of his bunker!

If he did, he would see the overwhelming demand for every new listing, even though underwriting standards are strict and rates are going up. Of the 140 NSDCC sales last month, 36% were all-cash.

Here’s what he said in July when the YoY changes were lower: 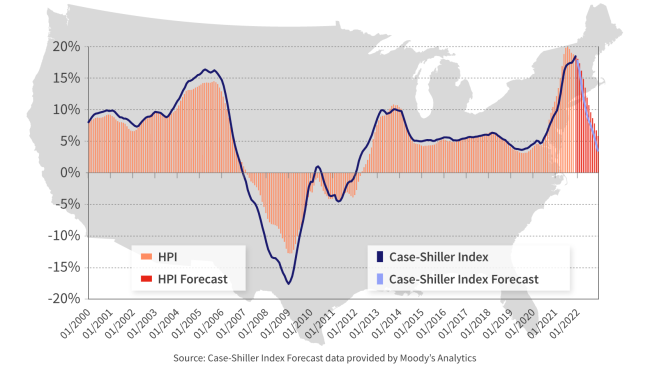 Casual observers might think this graph is saying that home prices will drop, but instead it is just the YoY change that is moderating. The MoM changes will become more interesting than the YoY changes over the next 12 months.

Home prices averaged year-over-year gains of 15 percent over the 12 months of 2021 compared to an average gain of 6.0 percent in 2020. CoreLogic’s Home Price Index (HPI) ended the year up 18.5 percent compared to the prior December. Despite indications earlier in the year that price gains were beginning to decelerate, they rose 1.3 percent in December, identical to the monthly gains reported in each of the previous three months. The annual growth is up from 18 percent in September and October.

CoreLogic says, “Consumer desire for homeownership against persistently low supply of for-sale homes created one of the hottest housing markets in decades in 2021 – and spurred record-breaking home price growth. Home price growth in 2021 started off at 10 percent in the first quarter, steadily increasing and ending the year with an increase of 18 percent for the fourth quarter.”

CoreLogic’s price forecast for this year anticipates that appreciation will exceed 10 percent for the first months of the year but will fall steadily to 3.5 percent by December 2022. The annual increases will average 9.6 percent.

The company dismisses questions about whether the nation is currently in a housing bubble. The report says its Market Risk Indicators suggest only a small probability of a nationwide price decline, pointing instead to the larger likelihood that falling prices will be limited to specific, at-risk markets. Those locations with a high probability, over 70 percent, include Prescott and Lake Havasu City-Kingman, Arizona; Merced, California; and Worcester, MA.

“Much of what we’ve seen in the run-up of home prices over the last year has been the result of a perfect storm of supply and demand pressures,” said Dr. Frank Nothaft, chief economist at CoreLogic. “As we move further into 2022, economic factors – such as new home building and a rise in mortgage rates – are in motion to help relieve some of this pressure and steadily temper the rapid home price acceleration seen in 2021.”

Prices of detached residential properties posted an annual increase of 19.7 percent in December. This was 5.5 percent higher than the appreciation of attached properties at 14.2 percent.

The state with the greatest increase continues to be Arizona at 28.4 percent, It is followed by Florida at 27.1 percent and Utah at 25.2 percent. Two Florida cities, Naples, and Punta Gorda, posted the largest gains among metro areas at 37.6 and 35.7 percent, respectively.

The number of listings is deceiving because listing agents don’t have to refresh their listings any more.  There were 580 expired/cancelled/withdrawn listings in 2021, and the number was 1,888 in 2019 – so the number of properties offered for sale each year were probably more similar than we thought.