It would be natural to assume that the insanity will settle down and buyers will stop feeling the need to drastically overpay, but who knows? The desperation isn’t going away.

I don’t care what color he’s seeing, if he sells his tony golf-course estate today and thinks he will buy it back later for less, he will be in for a rude awakening. Without foreclosures (now mostly outlawed in California) causing banks to give away homes, there won’t be any more downturns or cycles. But for those who agree with him, yes – please sell!

Bond manager Mark Kiesel sold his California home in 2006, when he presciently predicted the housing bubble would pop. He bought again in 2012, after U.S. prices fell more than 30% and found a floor.

Now, after a record surge in prices, Kiesel says the time to sell is once again at hand.

Sky-high values, soaring interest rates and other costs of homeownership — maintenance, property taxes and utilities — dampen prospects for future appreciation, according to Kiesel, chief investment officer for global credit at Pacific Investment Management Co. He’s weighing putting his Orange County house on the market and becoming a renter rather than an owner.

“I can look at my long-term 25-year charts and they tell me when to buy and sell and they’re flashing orange right now,” Kiesel, 52, said during an interview at Pimco’s Newport Beach, California, headquarters. “I think we’re in the final innings.”

Home prices soared almost 20% in the 12 months through February, according to the S&P CoreLogic Case-Shiller Index, as pandemic moves, low borrowing costs and a dearth of inventory spurred heated competition for housing. But the market is now facing the fastest rise in mortgage rates in decades as the Federal Reserve works to tamp down inflation. The average 30-year rate is now 5.1%, close to a 12-year high, Freddie Mac data show.

Home sales contracts, a leading indicator, fell for the fifth consecutive month in March as rising borrowing costs added to affordability pressures, the National Association of Realtors reported on Wednesday.

Kiesel’s possible sale is a personal move and not a forecast of a crash by Pimco, which in March put out a note predicting “No Bust After the Boom” following years of housing undersupply. “Estimates of this secular shortage range from two to five million houses,” according to the authors.

But Kiesel’s past personal decisions have proved prophetic.

He sold his Newport Beach house in May 2006, calling housing “the next Nasdaq bubble.” Home prices peaked that year before going on to plunge, triggering the global financial crisis.

“It’s not just houses that will be for sale,” Kiesel said in a June 2006 interview. “You’re going to see financial assets for sale over time, and ultimately corporate bonds.”

Then in May 2012, Kiesel decided it was time to own again, buying a golf course-adjacent home.

“For those of you renting or on the sidelines, I recommend you at least consider getting ‘back in’ and buying a house,” he wrote in a credit market note. “The future is hard to predict, but U.S. housing is healing and is probably close to a bottom.”

U.S. housing prices have more than doubled in the past decade and the house Kiesel bought for $2.9 million in 2012 now has an estimated value of $5.5 million, according to Redfin Corp.

Buying a home in today’s market would likely yield about a 2% return, Kiesel said. He considers his home as an investment, refusing to form an emotional attachment to his property.

“It’s only a good investment if you buy it the right time,” he said. “If I were to buy a house today, I would probably get max 2% return on it. And I can find other things I can make money on other than a house.”

This is all we got?

Remember in April, 2020 when everyone was scared to death to list their house for sale because they didn’t want to catch the dreaded covid from strangers coming through? When agents were required to wipe down the house after every showing?

It was the month that there was a big drop-off in new listings – we only had 288, which felt like half the usual amount, and we wondered how the real estate market would survive.

Last year there was a nice rebound…..but look where we are this year so far:

This month, we’ve only had about eight listings per day, so it’s unlikely that we will reach the same number of listings we had during the worst of the killer covid. The demand is certainly higher than it was in April, 2020, and yet nobody wants to sell.

While it feels like there are more listings coming on the market recently, doesn’t it seem like most are outrageously priced? You can’t blame sellers who have noticed that there are no for-sale signs around them and their zestimates are rocketing skyward.

Last April we had 359 sales, and this April we’ve had 200 sales with two days to go plus late-reporters.

It’s been reported that pending and closed sales for March were down, and that mortgage applications are dropping too.  Of course, the talking heads are blaming the impending doom-and-gloom on the higher mortgage rates, and suggesting that the bubble will be bursting any minute.  But the decline is almost entirely due to the fewer choices available.

At this point, it sure seems like the local NSDCC inventory is going to stay remarkably low!

Chickenbone Slim And The Biscuits

These local heroes are playing at the Prohibition Lounge tonight at 8:30pm!!

by Jim the Realtor | Apr 27, 2022 | Market Buzz, Market Conditions, Thinking of Buying?, Why You Should List With Jim | 5 comments 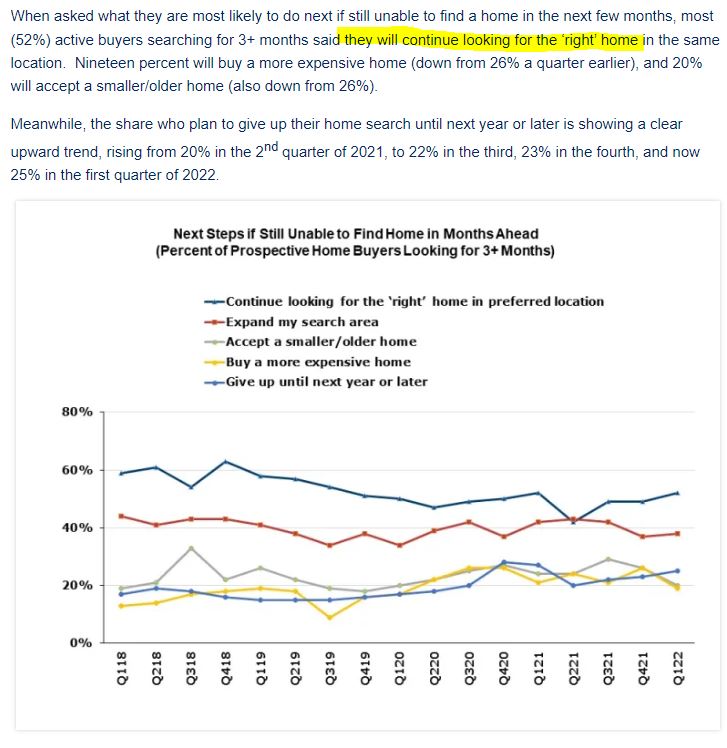 When people are looking for the perfect ‘forever’ home that will last them for a lifetime, any additional cost isn’t going to phase them – or at least it won’t affect the affluent folks.  Most are making it up elsewhere when they sell their previous home or rental properties, inherit big money or receive a gift, and/or sell their businesses/stocks or other assets and just want a trophy property.

If they weren’t bothered by home prices rising 60% to 80% over the last two years, a measly 2% increase in the mortgage rate isn’t going to stop them.

My tours of mid-range coastal suburban homes that sold for a big pop over list are slowing.  But it’s mostly due to the lack of inventory – I wish I could do more!

The February month-over-month increase was the highest ever, but it feels like ancient history:

“U.S. home prices continued to advance at a very rapid pace in February,” says Craig J. Lazzara, Managing Director at S&P DJI. “The National Composite Index recorded a gain of 19.8% for the 12 months ended February 2022; the 10- and 20-City Composites rose 18.6% and 20.2%, respectively. All three composites reflect an acceleration of price growth relative to January’s level.

“The macroeconomic environment is evolving rapidly and may not support extraordinary home price growth for much longer. The post-COVID resumption of general economic activity has stoked inflation, and the Federal Reserve has begun to increase interest rates in response. We may soon begin to see the impact of increasing mortgage rates on home prices.”

(The San Diego seasonally-adjusted index was 404.45)

Congratulations to Kelly and team for their new listing of this iconic 6,329sf masterpiece on the bluff by Wallace Cunningham – the same architect who designed the Razor House in La Jolla (that Alicia bought): 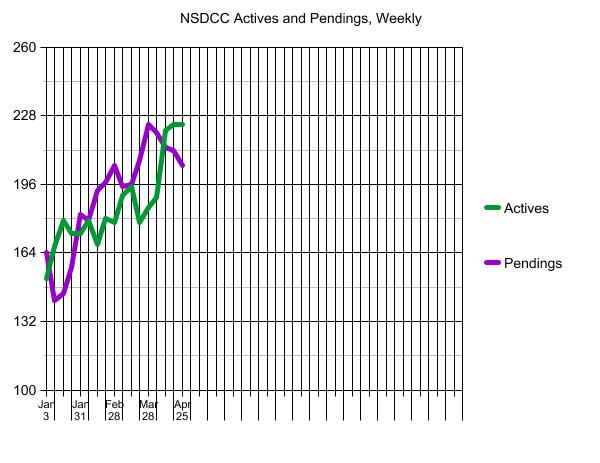 An interesting phenomenon that has been occurring more lately is the delay in offers being submitted.

I’ve heard agents say it’s because people are being smarter about waiting until closer to the offer deadline so the listing agents have less time to shop them around, and that buyers are being more deliberate in checking their finances.

However, the more time that passes between the initial open house and the submission of offers, the less likely buyers will pay wildly over the list price….or even offer at all.

The pool of buyers who are willing to pay $500,000-$1,000,000 over list price has to be diminishing, and will it be long before the only buyers left are those who want to pay a fair price?

Typically there are a flurry of closings in the last week of the month. If there isn’t a corresponding uptick in new pendings this week, we could see the graph (at the top) look remarkably different next Monday!