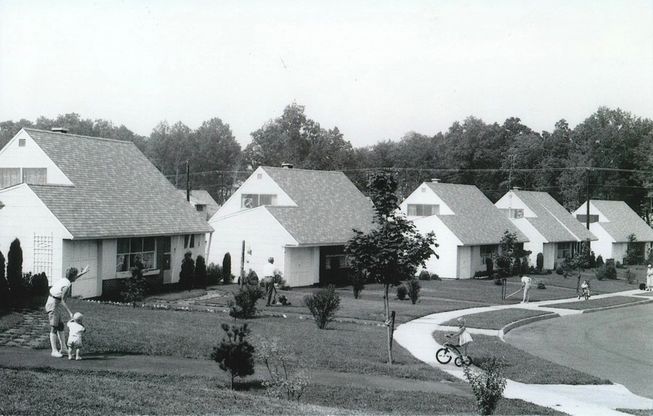 The baby boomer generation is huge, roughly 78 million Americans born between the years of 1946 and 1964. The oldest are just turning 70 and the youngest are just 52 (and usually denying that they are even baby boomers.) It’s a big spread. But one thing they all have in common is that they are getting older, and that their lives are changing.

It’s an issue that we have covered before, quoting Jane Gould’s book “Aging in Suburbia,” which I described as “a fascinating and troubling book that covers so many of the issues we will be facing down the cul-de-sac.” She notes that boomers “have not considered, at a personal level, what they will do when their homes are too large, their incomes shrink, and their mobility needs are in flux.”

That’s why a new study looking at the housing preferences of the baby boomer generation from the NAHB, the National Association of Home Builders, is so scary. Because when they were surveyed, it appears that what boomers want are big suburban houses on winding culs-de-sac. It proves that Gould was dead on, that the boomers are simply not considering what’s down that long and winding road.

It’s bizarre. 78 percent actively prefer a cul-de-sac to a connected street. They want double car garages. They want 2,000 square feet on one level. They want three bedrooms. And they really, really don’t like the city.

Only 7 percent of boomers prefer a central city location. About two-thirds prefer a home in the suburbs (close or outlying) and just over a quarter prefer a rural area. Only 8 percent thought being near public transit was essential. Because of course, they’re going to be driving forever.

Yet the main reason they might consider a move is the worry about “changes in health or increased physical limitations. And “the leading two reasons that would motivate boomers to take on a potential move are finding greater peace of mind and a fuller life.”

Not high on any boomer’s list is the environment. Only 13 percent are willing to pay more out of concern for it. However they will pay more if they’ll get lower utility bills, up to $10,000 to save $1,000 per year, which is pretty hard to do. 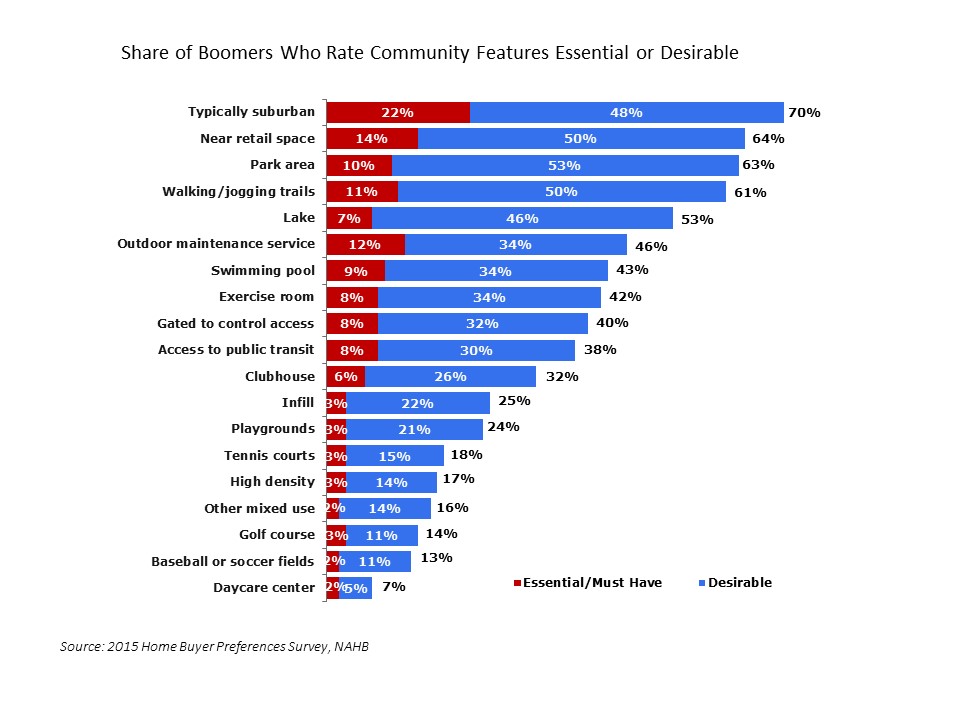 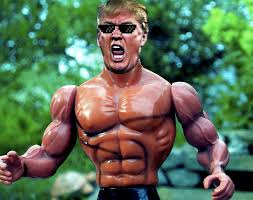 Yesterday we saw that the number of new NSDCC listings this month was well under previous Januarys, which could impact sales.  When sales go down, we usually think it’s a precursor to prices falling, but sales could decline just because there aren’t enough houses to sell.

Can we make assumptions about who is selling, and who isn’t?

It is easy to not sell, and stay on the sidelines. You can avoid spending big money on home improvements, closing costs, and new furniture, and you don’t have to sort through your junk, which is a big plus.

It has to mean that the lower-motivated, casual sellers are the ones who aren’t listing their houses for sale, which is great.  It is better for everyone in the market to only have to deal with those who really want and need to sell.

What it should mean is that sales will keep up.

Last year we had 14 sales on the last business day of the month, and if we add another 10% for late-reporters, we are going to surpass the 168 sales we had last January. This is the first group of buyers to be hit by the abrupt rate increase, and yet they kept buying.

There is one more business day this year, compared to 2016.  But just to be in the same ballpark as last year is fantastic, given rates are about 3/8% higher than last January, and the Trumpinator is providing major distractions.

Our local San Diego Case-Shiller Index has risen 1.2% in the last six months, which makes for an easy equation.

Houses should be selling for about the same as what the last guy got.

“One can argue that housing has recovered from the boom-bust cycle that began a dozen years ago,” David M. Blitzer, Managing Director and Chairman of the Index Committee at S&P Dow Jones Indices, said in a press release.

“Mortgage rates have increased since the election and stronger economic growth could push them higher. Further gains in personal income and employment may increase the demand for housing and add to price pressures when home prices are already rising about twice as fast as inflation,” he said in the release.

For those who would stay in their home if they could figure out how to travel between floors, a residential elevator might be for you.  Here is a simple installation and operation: 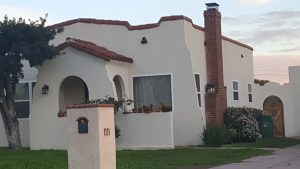 We are already wrapping up the first month of 2017!

It doesn’t look like we will get close to 400 listings this month, which has been the usual number.  If we only get up to 380, it will be 15% fewer than last year:

The Trump Effect isn’t causing people to flee – at least not yet!

Could the rain have been a deterrent? Chargers leaving town?  The shock and awe around Trump?  Fewer re-freshed listings?  February will be the real test, and buyers are anxiously awaiting!

So far the market has been very orderly.  The listings that looked salable have all been selling, and the relative few that haven’t sold are offset by some long-time listings that didn’t seem to have a chance that went pending too.

END_OF_DOCUMENT_TOKEN_TO_BE_REPLACED 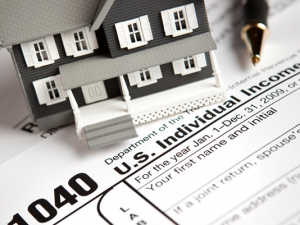 Your home is your castle, and it is also a source of tax deductions. Yet, every year, Americans let these potential tax deductions pass by, not realizing how to take advantage of them.

IRS Publication 530, titled “Tax Information for Homeowners“, can fill you in on the deductions that are available to you for the 2016 tax year. Several of the most important tax benefits are listed below.

The mortgage interest deduction applies to anything that meets the definition of a basic living space that you own. Condominiums, mobile homes, and even boats are included assuming that they meet the living space definition with at least one sleeping area, a kitchen, and a toilet. Details may be found in IRS Publication 936, “Home Mortgage Interest Deduction.”

Check the IRS publications and see if any of these valuable deductions apply to you. Take advantage of every tax deduction that you can. Otherwise, the government simply keeps more of your money. 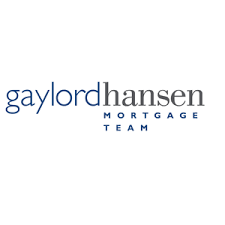 The Gaylord-Hansen Team of Caliber Home Loans had a seminar yesterday to discuss the details of their mortgage of the future – and they have it now!

The goal is to make the obtaining of a mortgage completely digital, and gather the documentation needed to fund a loan without the borrower having to cough up loads of paperwork.

Here is how they’ve improved the requirements of getting a mortgage:

The mortgage underwriting process has always been the one-size-fits-all package, which wasn’t really fair to the best qualifiers.  Now those borrowers with sterling histories won’t be dragged through the same rigors  – instead, you are rewarded with speed and simplicity!

There have been press releases this week about December sales being down, and our cheerleader was happy to blame the higher rates and low inventory:

Lawrence Yun, NAR chief economist, says the housing market’s best year since the Great Recession ended on a healthy but somewhat softer note. “Solid job creation throughout 2016 and exceptionally low mortgage rates translated into a good year for the housing market,” he said. “However, higher mortgage rates and home prices combined with record low inventory levels stunted sales in much of the country in December.”

Added Yun, “While a lack of listings and fast rising home prices was a headwind all year, the surge in rates since early November ultimately caught some prospective buyers off guard and dimmed their appetite or ability to buy a home as 2016 came to an end.”

He forgot about the TRID hangover from November, 2016 that pushed additional sales into December.  Our sales count last month was 235, which was just under the 253 sales in December, 2015.  I’ll take it!

But the quarterly totals would be a better gauge – these were my guesses from July, 2016 for the second half of the year:

Here’s how it turned out: 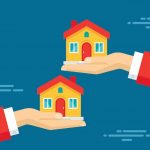 Reader socalbuyer had to send in this article about the Republicans threatening to tinker with the 1031 tax-differed exchange benefits – but who knows what will happen.  If they do eliminate the 1031s, the extra taxation on sales of investment properties would cause fewer people to sell.

House Republicans are working on a proposal that, as part of an overall streamlining of the Internal Revenue Code and a reduction in tax rates, may eliminate or seriously restrict the use of tax-deferred exchanges — property swaps — under Section 1031 of the code. President Trump has identified tax revision as one of his top priorities, and legislation is expected to move quickly in the new Congress.

Loss of the ability to use an exchange would be a significant blow to “Mom and Pop” and other small-scale realty investors. According to a study posted on the website of the National Rental Home Council, there were 15.7 million rental homes in the United States as of 2015, and 99 percent of them were owned by non-institutional investors. A study by professors at the University of Florida and Syracuse University estimated that most exchanges involve relatively small properties; in 2011, 59 percent had a sale price of less than $1 million.

Exchange proponents, such as Suzanne Baker of Investment Property Exchange Services in Chicago, argue that most of the deferred taxes ultimately are collected when properties get sold for cash and that exchanges stimulate economic activity — redevelopment and upgrades of properties, for example — that would not occur if owners faced immediate taxes on their gains and therefore simply sat on them.

Bottom line: If you own investment real estate and have contemplated a Section 1031 exchange, be aware: There’s a significant possibility that tax revisions could knock your plans off track. Keep a close eye on what’s happening, because it could happen fast.