This builder is finishing up their 55-and-over tract, and moved over to this new tract of modern contemporary design in an affordable range – how innovative! 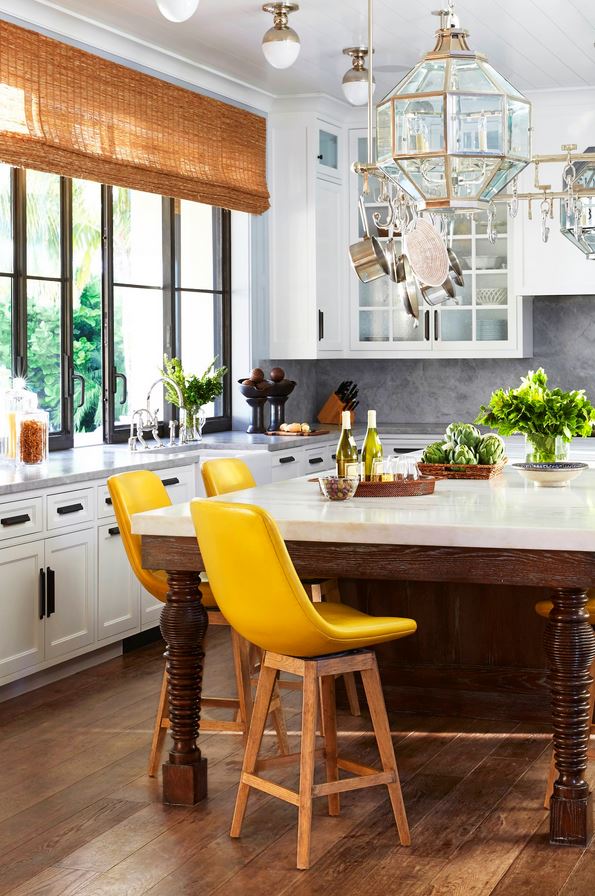 Hat tip to daytrip for sending in these kitchen design ideas:

An authentic California Ranch on 2.79 acres in horse country! Park-like estate with a stunning single-level main house that was redesigned and extensively upgraded in 2009 – it’s like a new house! The wide-open floor plan features wood-beam ceilings, wide-plank real hardwood floors, and several sets of french doors! Pool/spa, 3-car garage, TWO detached guest houses (perfect for multi-gen), tennis court, RSF schools, & no HOA!  The master suite was highly upgraded in 2016 with new steam shower, jacuzzi tub, and walk-in closet! On sewer too! Plenty of room for horse facilities with trails nearby. $2,750,000 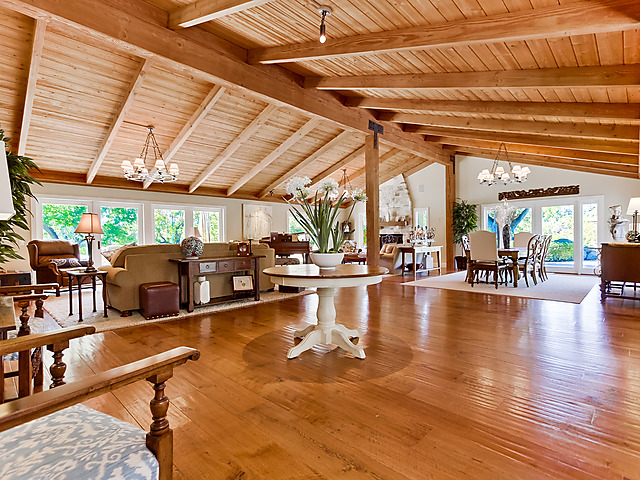 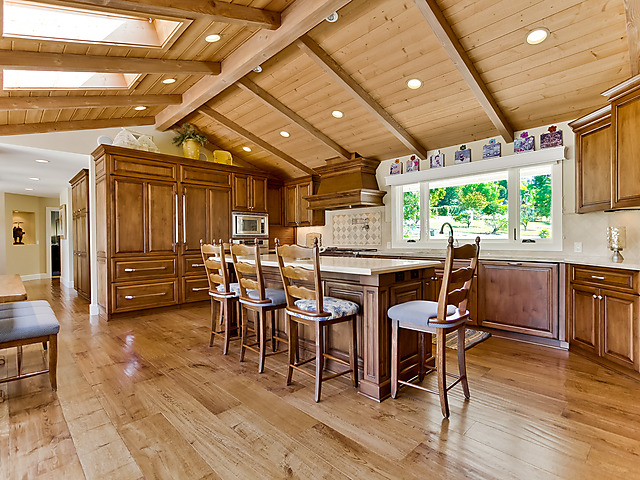 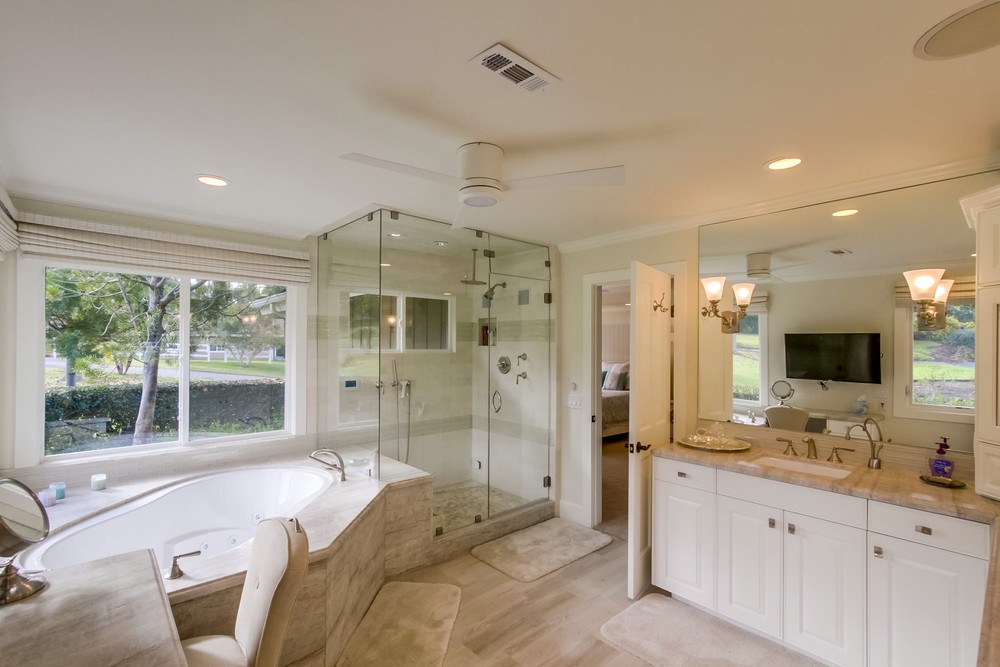 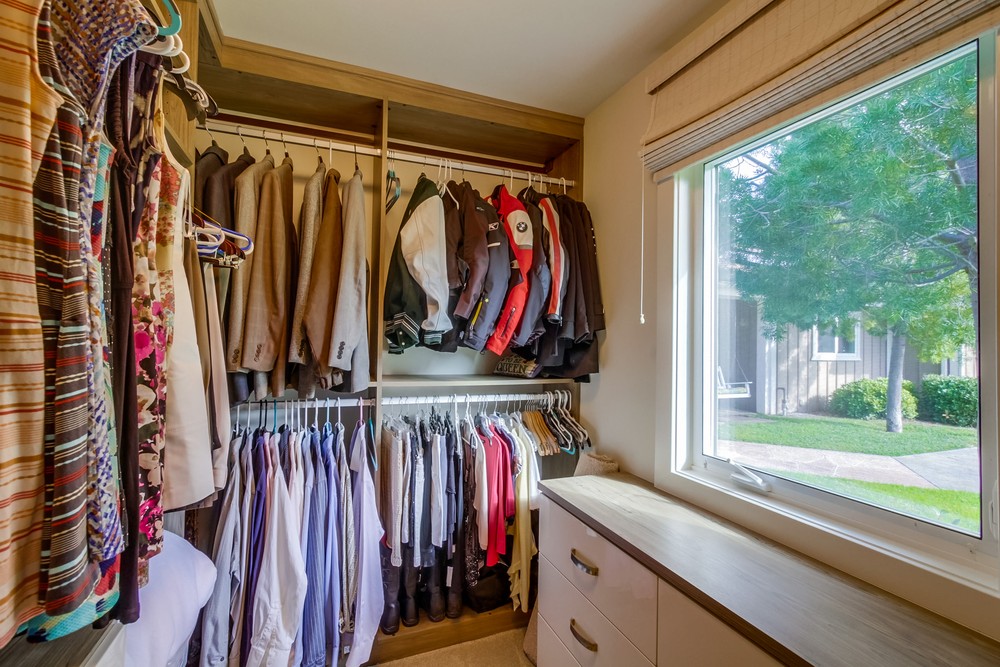 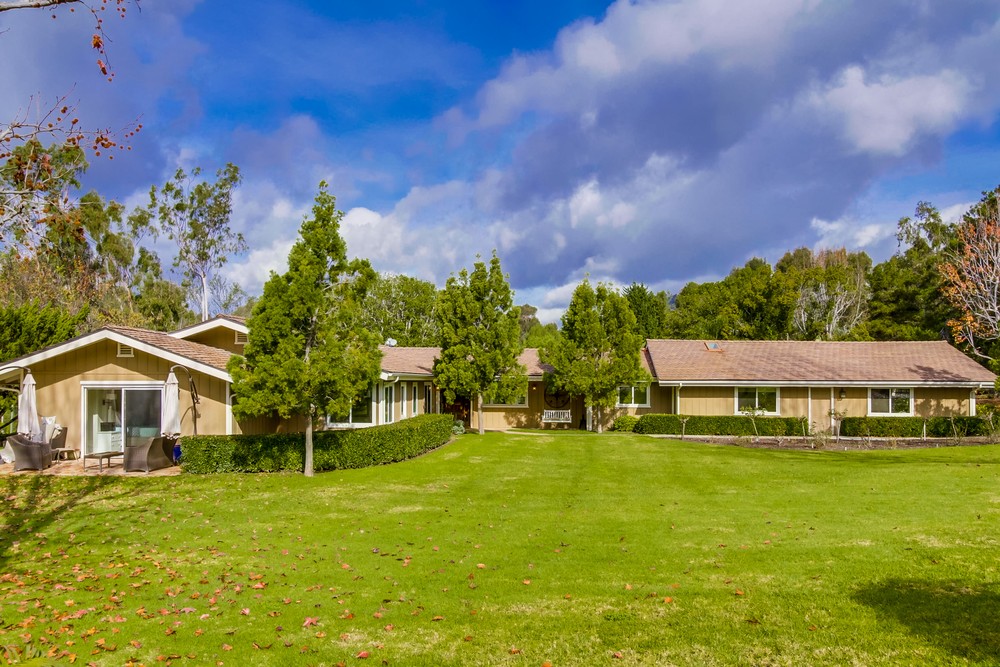 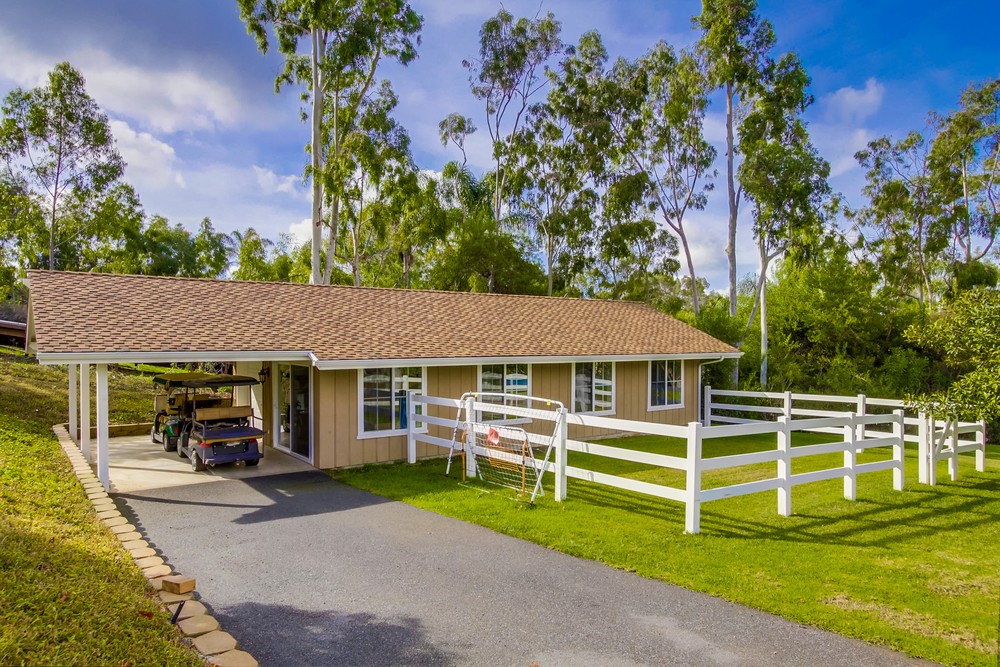 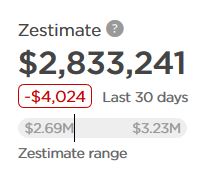 Pending-Sales Index Down in SD 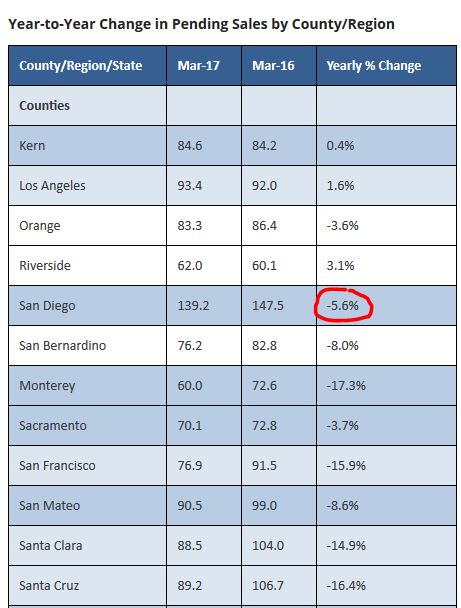 Something price could fix…..

LOS ANGELES – Even with a strong performance in March closed escrow sales, a shortage of available homes and robust price growth that’s eating away at affordability stifled pending home sales for the third straight month, the CALIFORNIA ASSOCIATION OF REALTORS® (C.A.R.) said today.

• March’s pending sales decline is the greatest so far this year, portending sales activity in the usually busy spring homebuying season will be dampened, primarily due to demand outstripping the supply of active listings, which was 12 percent lower than in March a year ago.

• At the regional level, Southern California remains the bright spot in the state, which led both in closed escrow sales in March and the smallest decrease (-1.3 percent) in March non-seasonally adjusted pending sales. In fact, Los Angeles and Riverside counties were the only two areas of Southern California that saw an increase in pending sales from a year ago, at 1.6 percent and 3.1 percent, respectively. Pending sales fell 3.6 percent from March 2016 in Orange County, 5.6 percent in San Diego County, and 8.0 percent in San Bernardino County. 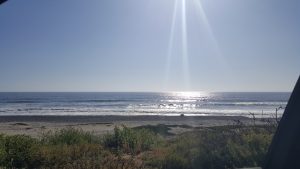 Today is the last business day of April – how are sales shaping up?

We should have another 10% added to this month’s sales count by the time we are done, but it will be well under last year’s count, which should get the talking heads excited. There was one less business day this month verses April 2016, and last April was a stellar month for sales.

This month’s increase in pricing was strong, and the median days-on-market was hotter than ever.  But if you are like me, you are seeing most of the new listings today being priced with extra mustard, and I think we’re going to see sales struggle from here on out. 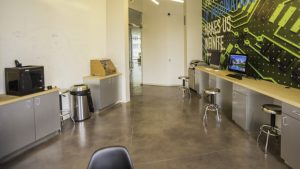 Good examples of a growing trend in flex space, and how people are handling their live-work needs:

Self-employment rates are higher for older Americans than for younger workers, according to the Bureau of Labor Statistics, and new homes targeting mature buyers reflect this trend.

At Chelsea Heights, a development in Silver Spring, Md., developer EYA built townhouses with a flex space on the ground floor, which many owners use as an office.

In 2015, Michael Shulman and Jackie Judd paid $950,000—more than they planned—for a 2,600-square-foot townhouse in Chelsea Heights. It has three bedrooms, along with flex space.

“The flexibility of the floorplan was very important to us,” says Mr. Shulman, a 60-year-old investment adviser who runs an online service called “Options Income Blueprint” from his townhome’s first-floor flex space. Ms. Judd, a freelance journalist, works on the townhome’s third floor, far away from her husband’s frequent webinars.

“We don’t get into each other’s way during the day,” says Mr. Shulman. “You know that old saying: I married you for better or for worse, but not for lunch.”

Lisa Phillips Visca, a writer and script consultant in Los Angeles, works out of her three-bedroom, 2,200-square-foot condominium at Playa Vista, a planned community on the Westside of the city. At least once a day, she leaves to get air, grab coffee or lunch or shop for groceries.

With her husband, Dennis Visca, a garment-industry executive, she moved from a larger house in Pacific Palisades in January. The couple was drawn to the vibe and walkability of the neighborhood, which locals call Silicon Beach for its lively technology scene, with startups and offices of tech titans such Google and YouTube.

The Viscas, both empty nesters in their 50s, paid $2.1 million for their condo, located in a modern brick building designed by KTGY. Mr. Visca took the unit’s flex space as his home office, while his wife uses one of the bedrooms for her work, which includes directing and producing films, plays and television shows. Ms. Phillips Visca starts the day as early as 3 a.m. with coffee in her office, conveniently located on the far end of the space, away from master bedroom and living room.

“There is perfect privacy,” she says. For a creative person working from home, she says, “the floorplan was a huge bonus.” 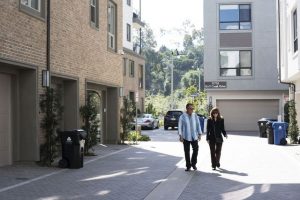 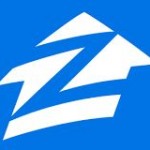 Sandicor had said that the Zillow demands were unacceptable. Who caved?  Zillow is still working out the bugs, but this should guarantee that they are as accurate as the MLS:

SEATTLE, April 27, 2017 /PRNewswire/ — Zillow Group, which houses a portfolio of the largest and most vibrant real estate and home-related brands on mobile and Web, today announced partnerships with the following four new multiple listing services (MLSs):

“We are pleased to be working with these leading MLSs to ensure that the millions of home buyers and sellers using Zillow Group sites and mobile apps see the highest quality listings information,” said Errol Samuelson, Zillow Group chief industry development officer. “Now, the members of these MLSs and associations can rest assured their listings are coming to Zillow and Trulia in less than 10 minutes with the same high quality standards that MLS data ensures.”

Zillow Group now partners with more than 570 MLSs around the country, covering 95 percent of active listings in the U.S. marketplace.

Through the Zillow Partnership Platform, real estate agents are prominently displayed as the listing agent on all of their listings and can receive leads directly from Zillow and Trulia, all at no cost. Brokerages receive attribution, branding, a link back directly to their websites and daily reporting access.

The Trump tax reform plan has been under intense scrutiny, and who knows what will come of it.  But the response from our National Association of Realtors was exactly what we can expect from them for the duration. They entitled their article, “Homeownership in the Crosshairs of Latest Tax Plan”.  An excerpt:

“Those tax incentives are at risk in the tax plan released today. Current homeowners could very well see their home’s value plummet and their equity evaporate if tax reform nullifies or eliminates the tax incentives they depend upon, while prospective homebuyers will see that dream pushed further out of reach. As it stands, homeowners already pay between 80 and 90 percent of U.S. federal income tax. Without tax incentives for homeownership, those numbers could rise even further. And while we appreciate the Administration’s stated commitment to protecting homeownership, this plan does anything but.”

“Homeowners put their hard-earned money on the line to make an investment in themselves and their communities, and it’s on them to protect that investment. Common sense says owning a home isn’t the same as renting one, and American’s tax code shouldn’t treat those activities the same either.

“Realtors® support tax reform, and it’s encouraging to see leaders in Washington doing their part to get there. We believe tax rates should come down to the degree that sound fiscal policy allows, and simplifying the tax code will help ensure fairness and transparency for individual taxpayers. It’s a goal we share with the authors of this tax plan, but getting there by eliminating the incentives for homeownership is the wrong approach. We look forward to working with leaders in Congress and the administration to reform the tax code, while preserving America’s long-held commitment to homeownership.”

This quote was from our N.A.R. president, a volunteer position that changes every year.  I don’t have high expectations of them, but can’t we do better?

To threaten that home values will “plummet” if the M.I.D. is eliminated is a gross fabrication only meant to scare people.  The average mortgage amount in America is $168,000 – any big benefit from the mortgage-interest deduction is by wealthy individuals who can qualify for larger mortgages.  With our ultra-low interest rates, any actual benefit is limited.  Values won’t ‘plummet’ if the M.I.D. goes away.

Let’s also note that if values did plummet, then wouldn’t prospective homebuyers benefit, instead of seeing their “dream pushed further out of reach”??

The real threat is that if the M.I.D. did get phased out, then the NAR lobbyists would be out of a job. 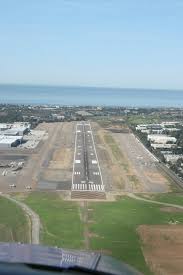 An average of nearly 400 flights either land or take off from Palomar Airport every day, but they are almost all corporate or privately chartered jets.

San Diego County has invested millions in the terminal and other improvements. But the runway, which is less than 5,000 feet long, limits the aircraft that can land. A 20-year master plan could eventually extend the runway. Last year the County Board of Supervisors approved a “Preferred Alternative” which is currently being studied, and may come up for a vote next year.

“Great Lakes operate aircraft that can fly in and out of the airport today,“ he said. “They don’t need a runway extension — and they’re getting the connecting agreements with the connecting airlines, which is key when you’re flying to LA.”

The president of Great Lakes Airlines, Chuck Howell, confirmed that his airline is completing negotiations with United Airlines over schedules and fares, and plans to start flying to LA sometime in June.

Howell said Great Lakes will have baggage agreements with other major airlines, so passengers flying on from LA can check in their luggage in Carlsbad and retrieve it at their destination.

Brackett said the new service may start with planes as small as a nine-seater turboprop, but Howell said he hopes to start operations right away with a larger 30-seater turboprop, equivalent in size to the aircraft previously used by SkyWest.

“But the benefit is huge because it opens up the airport to the entire community,” Brackett said, “not just those that wish to charter a flight — so anybody could fly in or fly out to anywhere you want to go.”

Brackett said the initial service will be to connecting flights in LA, but Palomar airport hopes to offer flights from Carlsbad to wider destinations later this year.