Forget the price point, it’s the deal-making that is interesting about this case.  The sellers of this home just acquired it last week as part of a home swap, and before closing I had arranged for vendors to do a quick tune-up.  We hit the ground running, and $10,000 worth of new carpet, paint, and lighting got it ready for market in a week.

What do we do?

Hat tip to GW for sending in this discussion on today’s market conditions:

Home prices appear to be moderating but that’s good news says Shari Olefson, CEO of The Carnegie Group. “Those big increases that we saw last year were not sustainable and in general we’re still seeing an upward trend when you look at the big picture,” she says.

Still, it’s not all roses for Olefson. “What I wasn’t happy with are some of the trends we’re seeing in new construction,” she notes.

New homes sales fell by 2.4% from June to July, yet July’s new homes sales were up 12.3% from the previous year. “New construction appears to be up significantly from last year but when you dig beneath the surface what’s up are multifamily homes,” says Olefson. “Single family homes are up by just 1% which defies logic because we’ve had over 3 million single family units that have been converted to residential rentals.”

Some believe that these numbers mean that housing is approaching normal levels, but Olefson disagrees. She sees more potential buyers turning into renters and believes there’s a lack of suitable housing and loan products for what people can afford now.

Ben at HousingTracker has called it quits:

Update 8/25/2014: It’s been 9 years since I started HousingTracker as a personal project to try to gain insight into rapidly changing home prices during the housing bubble. There wasn’t nearly as much data available then as there is now, and I was happy to make a very small contribution towards improving that situation. In 2014 there is a lot more data available and most of that data is better than what I can provide — especially considering recent challenges of maintaining data quality. As such, I’ve decided to end the HousingTracker project.

If you’re looking for asking price and inventory data, my favorite source is Zillow’s data page specifically the For-sale inventory (raw) csv and the Median list price csv. It’s not quite as timely as HousingTracker data, but it has broader coverage and is likely more accurate.

Thanks for visiting!
Ben

Unfortunately the little guys – those who have the best local insights – are giving way to the corporate behemoths.  Others who have stopped their personal internet projects include OC Renter, Schahrzad, and Kris Berg, and I haven’t seen any new ones taking their place.

It seems inevitable that we will led around by the economists and corporate CEOs, and getting fed those vague national and statewide statistics that don’t help much at the local level.  If anyone is thinking of starting a local blog, now would be a great time!

Here’s the latest from Ben regarding the San Diego market:

The increases in the local Case-Shiller index have slowed, and we’re no longer in that sexy 1% to 3% per month frenzy era of 2013.  But it’s still increasing monthly – it would take a few negative readings to get anyone’s attention now.

This guy says there are 5-6 million people who were or could be homeowners but are on the sidelines – the buy vs. rent equation isn’t compelling enough.

She says these potential buyers don’t have the down payment and don’t know about FHA, but she might be guessing.  Though FHA is very expensive and caps out at $546,250, it’s definitely a viable option in San Diego County.  Of the 14,129 house sales this year, 1,459 of them (10%) have been financed via FHA.

Remember when we said that the market would be seasoned when we see more FHA and VA purchases…..the bidding wars would have died down, and buyers with more horsepower have passed on those deals?  Here are the percentages of FHA+VA loans used to purchase SD houses: 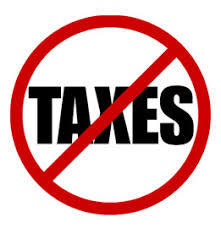 The other day, I used the term ‘die correctly’, which refers to those who hold properties until death, allowing those who inherit to step up the tax basis.

In contrast, had Decedent given the home to Beneficiary before their death, Beneficiary would receive a carryover basis, which would be equal to the decedent’s adjusted basis in the home, $35,000.

Because of this provision, any appreciation of the affected property that occurred during the decedent’s lifetime will never be taxed. Thus, this provision provides an incentive for taxpayers to retain appreciated property until death.

As the baby boomer generation begins to expire, we should see more inventory – especially rental properties.  Any houses within a few miles of the coast are already in record territory, price-wise, and the beneficiaries would be smart to liquidate at least some of the properties while they can get top dollar.

The ones to sell would be the older homes needing more work, and/or those in inferior locations.  Keep the best, and sell the rest!

If you are thinking of selling, give me a call!

Usually there is a bit of a lull as school gets started again, and then a surge before the holiday season kicks in. The cost-per-sf in the fourth category is skewed because the MLS only allows 400 data points to be reviewed – the most expensive listings are being left out:

END_OF_DOCUMENT_TOKEN_TO_BE_REPLACED

This comment was left at the cnbc site about high-end flipping – I’m seeing the same thing around San Diego:

Article is behind, this is already slowing down here in Orange County – a lot of the properties are starting to sit on the market for awhile.

Thanks to daytrip for sending this in:

Markets with the best return on flips in the second quarter included Pittsburgh (106 percent), New Orleans (76 percent), Baltimore (73 percent), Virginia Beach, Virginia, (66 percent) and Daytona Beach, Florida (63 percent). Metro areas with the highest dollar amount of average gross profit on home flips included San Jose, California, Washington, D.C., San Diego, Los Angeles and Seattle, all of which had an average gross profit of more than $100,000 per flip, according to RealtyTrac.

Carmel Valley, Then and Now

Here’s a sky photo of Carmel Valley, taken in 1989 (click to enlarge):

Here’s how it looks today:

Isn’t it amazing that prices have kept rising without frenzy help?

We’ve had the frenzy hangover this year. Inventory is still tight, sellers confident, and buyers don’t have much choice except to pay what it takes – or to stand by.  But sales are softer – and the number of NSDCC active listings today is 7% higher than last year.

Here are the two pricing measurements for each zip code for detached-home sales between May 1st and July 31st.  Every zip code between Carlsbad and La Jolla shows a positive year-over-year increase in BOTH pricing metrics!

I had to average the averages for the NSDCC $/sf, so they are probably high.

Rob Dawg said in his 2014 forecast that he thought we’d see all the annual gain happen in the first half of the year. It’s the post-frenzy soft landing!