The producer and director of the documentary film is Giorgio Angelini, who is an architect by trade and filmmaker when he can.  Here’s how he will fund the rest of the project:

He might be able to avoid taxation due to unforeseen circumstances.  Here is more from the IRS:

by Jim the Realtor | Aug 30, 2014 | About Kayla, About the author, Bubbleinfo TV, Documentary Film, Listing Agent Practices, Why You Should List With Jim | 0 comments

The documentary-film production continues, with the crew of four spending two days in town this week.  Guy Mossman is the cinematographer – he also did the documentary ‘Buck’ which won at Sundance:

The video shows us trying out WeVideo, which is a mobile app that provides full video production on your phone.  It already has 3.5 million customers, and Jostein is committed to bringing it to the realtor community next:

Then the clip captures one of the few times Guy provided some direction – usually he is invisible, and just lets the action flow:

Andy has some of the best realtor photographs ever – with great captions too! Go ahead, that’s just Floyd. He set his alarm for Wednesday.

Chair lifts are their own cottage industry, and you can spend more than $10,000 on the fancy ones.  But you don’t hear much about removing them!

My thoughts on a couple of comments left at the previous post:

Is the conversation a little simpler than this?  Rising inventory as a result of fewer sales will bring prices down but we have very limited inventory.  The sales will have to slow considerably to see price appreciation level off.  The months of inventory can be used to predict the trend. Is this indictor no longer useful?

We’ve used the ‘months’ of inventory’ as an indicator, but it was never specific enough to tell us much about the trend.  Let’s advance the conversation beyond the simplistic ‘hot or cold’ or ‘up or down’ – which is about all you get from this metric.

The main beef I have with measuring inventory is that having a bunch of over-priced homes sitting around not selling doesn’t mean sellers are going to lower their price.  The ‘Priced-to-Sit’ strategy has never been so popular!

Why insist on “a new normal”. Isn’t that just a catchy phrase for “it’s different this time”.  We’re only 2 years into this run, why does it have to be a new normal? Why can’t it just be a period of irrational behavior just like the 4-5 year run of the bubble?

I think you can make a case that it’s been irrational for the last 10-15 years around here, and probably longer.  Those who like to stick to the fundamentals are pulling their hair out in disbelief over the incomes-to-prices ratio, but here we are.

There are two things that are different this time:

1. Long-Term Dominance. The common thread of every market condition is that the majority of buyers (around here) are owner-occupants buying for the long-term. Moving up or down used to be so common and easy that buyers didn’t put much thought into owning forever – but now they do.

2. Government Support.  The trillions thrown at the “housing crisis” probably indicates the end of the free market for real estate in this country.  From now on, every time there’s a real estate hiccup, there will be calls for Uncle Sam to save the day.  Even if he doesn’t, it is probably bred into the mindset, and buyers and sellers will be acting accordingly.  Not to mention how the lack of foreclosures and lower inventory have driven buyers nuts.  If the government would have let natural market forces cure the crisis, the distressed markets would have lasted longer, and cause a slower, more reasonable appreciation.

The film crew is here, and hopefully I’ll have a few videos of our time together over the weekend!

I’ll admit it – Tim got me going yesterday with this comment:

Socal has leveled off, and in some areas gone down. I’m a little surprised this website hasn’t commented more on the subject.

I try to present daily doses of market data, but I try to keep it neutral so you can come to your own conclusions.  I also want to demonstrate my competency so when you need a realtor, you’ll contact me first.

But because Tim brought it up, I’ll comment more on the subject today.

Buyers are firm in their commitment to be patient, do their homework, and make a smart buy that will suit them for years to come.

How does that translate on the street?  The quality-squeeze is getting tighter every day – only the best buys are selling.  The homes with inferiorities or are priced 8% or more too high are sitting.  Sellers have been very reluctant to lower their price, and some get lucky as prices continue to slowly rise.

These are the same traits of any ‘normal’ real estate market, so to me it seems to be a healthy balance.

You won’t hear me talking about how the market is up or down, hot or cold – that is to simplistic, and there is much more to it.  I encourage everyone to keep an open mind, and take in all the data and observations possible.

What’s the best measure? Home sales – are homes still selling?  Yes.  Are there still outrageously high sales happening?  Yes, I’ve seen a few head-shakers this week, which means there are still exuberant buyers in the marketplace, and they are the ones making the market.

For those looking for a downturn, there are two signs to watch for: #1, Are the number of lucky sales trickling down close to zero, and then #2, are there houses that you thought should have sold that aren’t selling.  When you see both happening, then both buyers and sellers should be cautious.

Just because there are more homes not selling only means that more sellers who are overly optimistic, and you can easily fix that with price!

I’m not buying Tim’s comment, Socal has leveled off, and in some areas gone down.  It is too vague, and hard to measure.

It is an extreme example, but it shows why we all should keep an open mind – this post-frenzy run could keep going, and be harder to follow if sales slow down further.

A quick drone view of a guy enjoying yesterday’s waves: 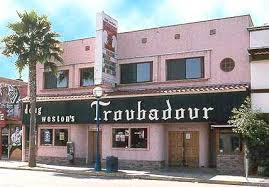 Daytrip is a great supporter of this blog, regularly sending in articles to assist with producing content here.  But this video is one of his best contributions ever for those of us who are fans of the L.A. rock scene – thank you Daytrip!

You can watch a few minutes, and come back a few days later and the youtube picks up where you left off:

Orange County is the third-most-expensive housing market in the country, with two other chunks of the Southland ranking in the top 10.

That’s according to a new report out Tuesday from the National Assn. of Realtors, which measured the median price of homes sold in the second quarter. Orange County’s median — the point at which half of homes sold for more and half for less — hit $691,900 in the quarter, trailing only the San Jose and San Francisco metro areas.

This guy only sees negative in the real estate world.  He called me once trying to get me to bash the market, and when I refused, he hung up.  Even today he is still ranting:

Real estate analyst Keith Jurow, author of the Capital Preservation Real Estate Report, is warning that the real estate market is not as strong as it seems.

Says Jurow: “I never bought into the idea that we had a recovery at all.” His research leads him to conclude that home prices will be heading lower.

His research? Because the Case-Shiller Index is still rising, just not as fast – that means prices will be heading lower?  There are plenty of reasons you could use to justify the doomer position (wars, unemployment, unaffordability, earthquakes, etc.), but smaller increases are a weak excuse.

He also thinks we will still have a surge of foreclosed properties to come, just because their are so many people delinquent.  But once you miss a few payments and ruin your credit, the delinquent homeowners might as well ride it out until they get the boot.

How are the San Diego foreclosures?

Some said they dropped off because of the Homeowners Bill of Rights, which was released two years ago and became law on January 1, 2013.   The bansk have had plenty of time to adjust – here’s how they are doing:

It’s hard to believe that people just go back to making their payments, whether they get a loan mod or not.  The banks will wait until they can make money by foreclosing, which around the coastal markets, should be after another 10% appreciation or so.  Until then, why foreclose and lose money?