There might be a little hiccup here on the reporting of the latest SD Case-Shiller Index – or it really flattened out in October.  The index is being reported as the same for September and October:

Here’s what I used last month:

Here is how it reads today directly from the Standard and Poor’s website:

FRED usually reports their data a few hours later, so I’ll check to see if it changes.  But for now, it looks like our local index hit the skids in 4Q17.

Update: Yep, FRED is reporting the exact same number as in September:

“Since home prices are rising faster than wages, salaries, and inflation, some areas could see potential home buyers compelled to look at renting,” said David M. Blitzer, managing director and chairman of the index committee at S&P Dow Jones Indices.

The strongest annual gains occurred in Seattle, where prices have shot up 12.7 percent since October 2015. Las Vegas has seen prices increase 10.2 percent, while San Diego notched growth of 8.1 percent. Of the 20 metro areas tracked by the index, Washington, DC reported the smallest price gain with 3.1 percent.

As the economy has steadily recovered from the 2008 financial crisis, demand from would-be buyers has steadily improved. The 17-year low unemployment rate of 4.1 percent has left more Americans confident enough to put bids on homes. Sales of existing homes in November reached their strongest pace since December 2006, according to the National Association of Realtors. But the sales growth hasn’t compelled more people to list their homes for sale, as the number of properties on the market has tumbled nearly 10 percent in the past 12 months. 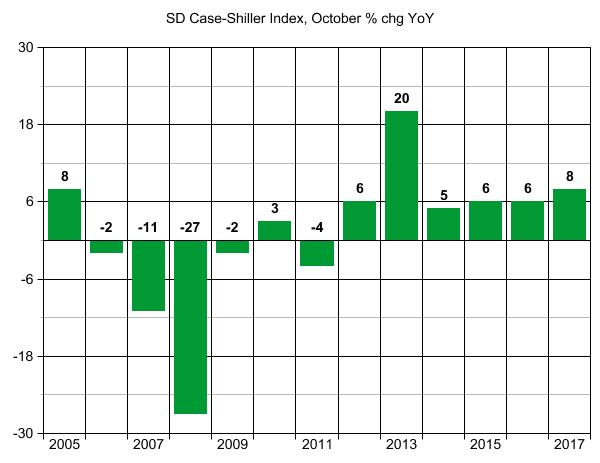 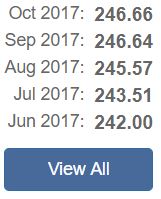 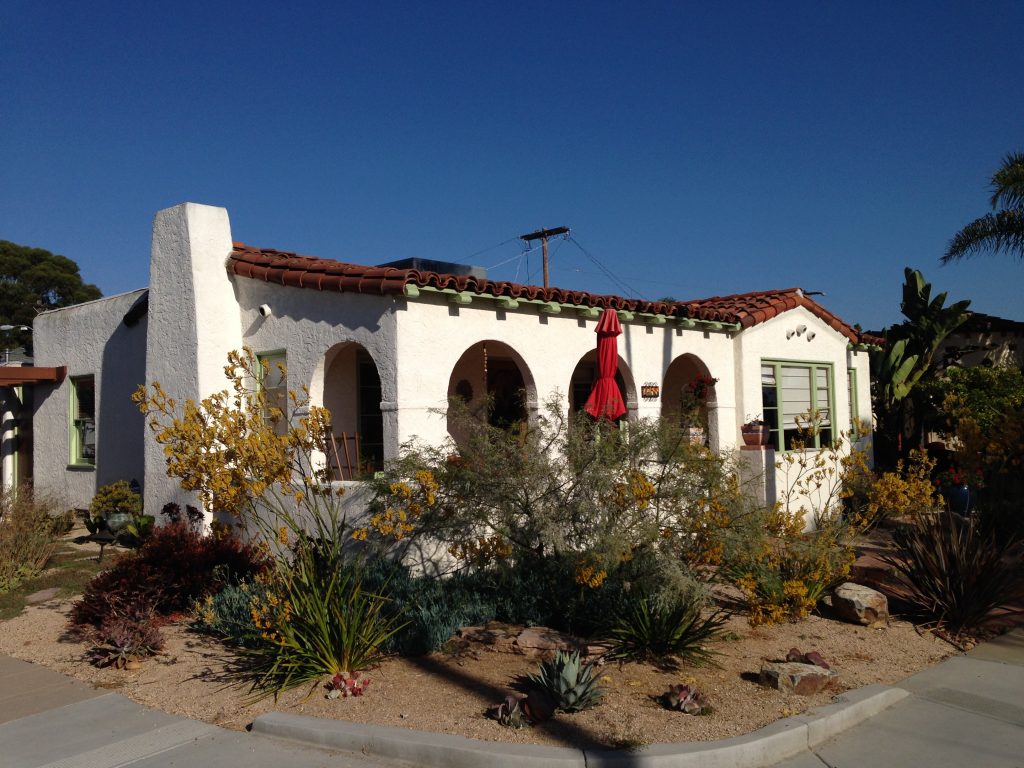 We’ll talk houses tomorrow – from my family to yours, Merry Christmas!

END_OF_DOCUMENT_TOKEN_TO_BE_REPLACED 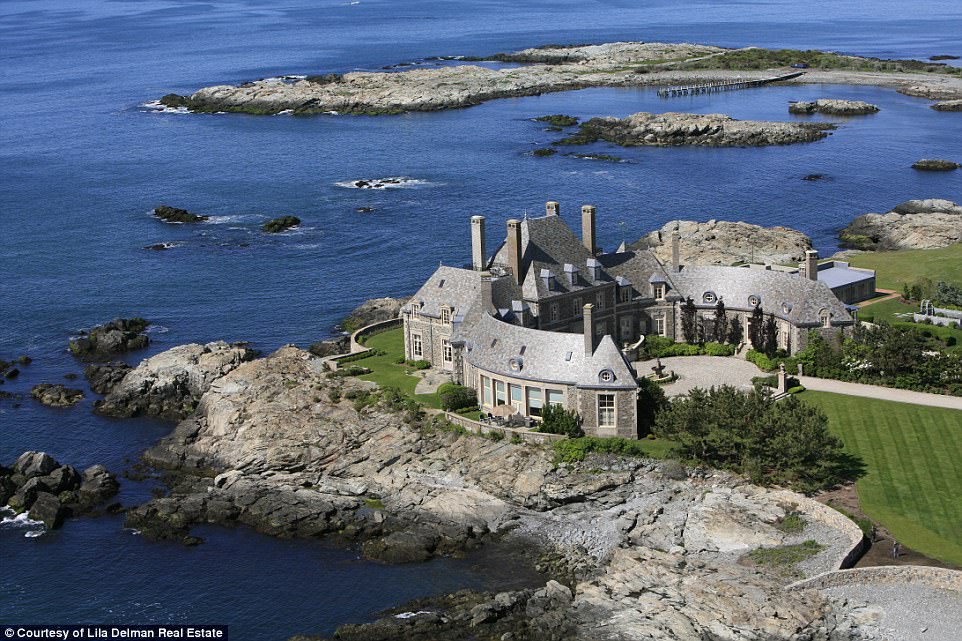 Many photos and video tour here – thanks Daytrip: 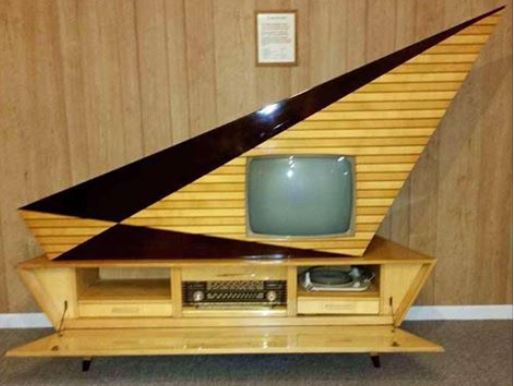 These are perfect for those who don’t have any expectations of their agent, other than opening the door and identifying each room. 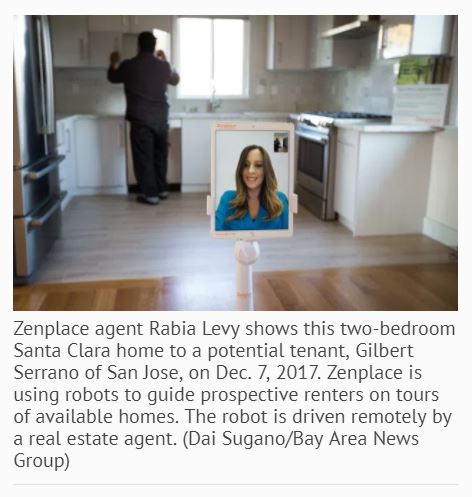 The shelf life will be brief for the UFO that flew over the southland last night, so I rushed this to production.  The rocket probably freaked out a few people!

It won’t be long before we shrug off what the politicians are doing to us, but first, let’s see what people are saying.  The net effect is what future home buyers think about losing the roughly $3,000 in MID tax savings (from the $750,000 cap, instead of $1M) and having to eat the taxation of state, local, and property taxes above $10,000.  There could be future sellers who decide not to move also, which would help to offset any decline in demand.

Quotes from the latimes.com:

Christopher Thornberg, founding partner with Beacon Economics, predicted prices will keep on climbing in Southern California, given the robust economy and shortage of listings. “If you are borrowing a million bucks to get a home, the write-off is not your primary concern,” he said.

Fadel Lawandy, a director at Chapman University’s Hoag Center for Real Estate and Finance, pointed out that the bill also caps property and state income tax deductions at a combined $10,000 — about $8,500 less than the average deduction taken by Californians in 2015, according to the Tax Policy Center.

Combined with the new cap on mortgage interest deductions, that could mean some households will have less to spend on housing, leading to price declines in some wealthy areas, Lawandy said.

“It will impact the high luxury-end market for sure,” he said.

Chris Lafakis, a director with Moody’s Analytics, said that by adding an estimated $1.5 trillion to the federal budget deficit over 10 years, the tax bill will put upward pressure on interest rates — including mortgage rates, which have remained under 5% for the last six years.

The tax bill doubles the standard deduction, which means fewer households will itemize. That may result in people buying a less expensive house because they couldn’t write off any interest, Lafakis figures.

A Moody’s analysis of a bill that previously passed the Senate — which eliminated the state income tax deduction but kept the $1-million mortgage deduction — estimated that home prices in L.A. County wouldn’t necessarily drop, but would wind up 3.8% lower than they otherwise would be by the third quarter of 2019.

“It is something that will hinder house price growth, but I wouldn’t say it’s going to do much more than that,” Lafakis said. “At the end of the day, we do have a strong economy in California.”

Among those watching the tax debate is Barry Sulpor, a real estate agent who specializes in the South Bay and has his office in Manhattan Beach, where the median home price was $2.26 million in October, according to Zillow.

Sulpor estimated that at least half of his clients take out mortgages over $750,000. He said some sellers are more willing to sell now, because they are uncertain how much longer prices can keep rising and how the tax bill will affect the economy.

Some economists, for example, expect the bill could have a slight drag on growth in high-tax California, even if they expect the economy to keep growing.

Sulpor said he doubts limiting the mortgage interest deduction would put the kibosh on people’s home search, but thinks some people may hesitate to sign a deal. “I think psychologically it could be a big deal, even though it may not practically matter that much,” he said.

That includes Jake Schmidt, a client who is looking for a home in Orange County and expects to take out a mortgage for $1 million to $1.2 million.

The owner of an online retail business, Schmidt said he doesn’t know if he’ll pay more or less in taxes on next year’s income. But the uncertainty isn’t deterring his search for a five-bedroom house on a nice street for his children.

“It is not super critical, the pricing or the tax deduction,” said Schmidt, 39. “I am more interested in finding a good house for my family.” 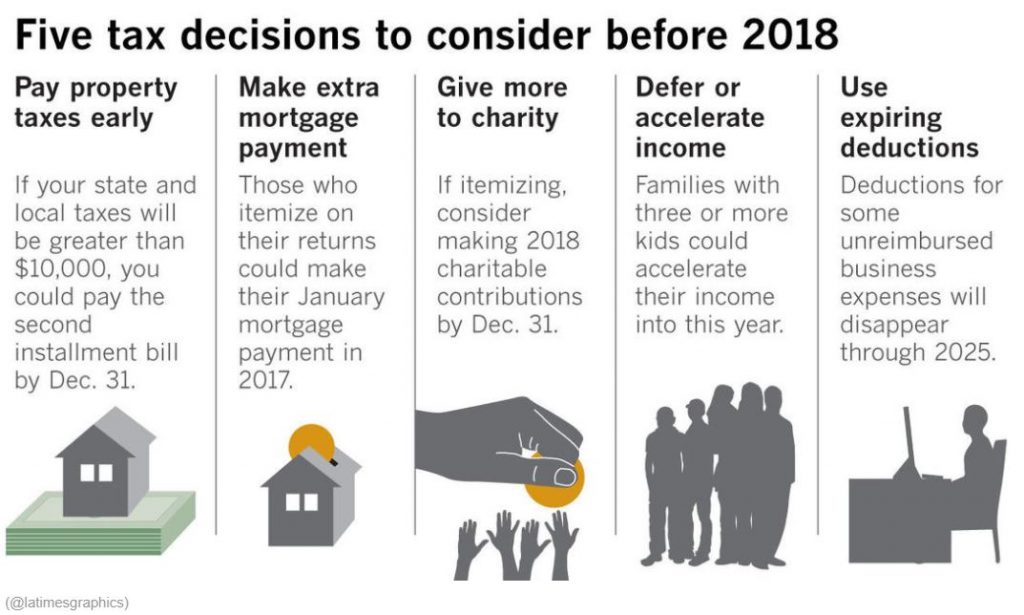 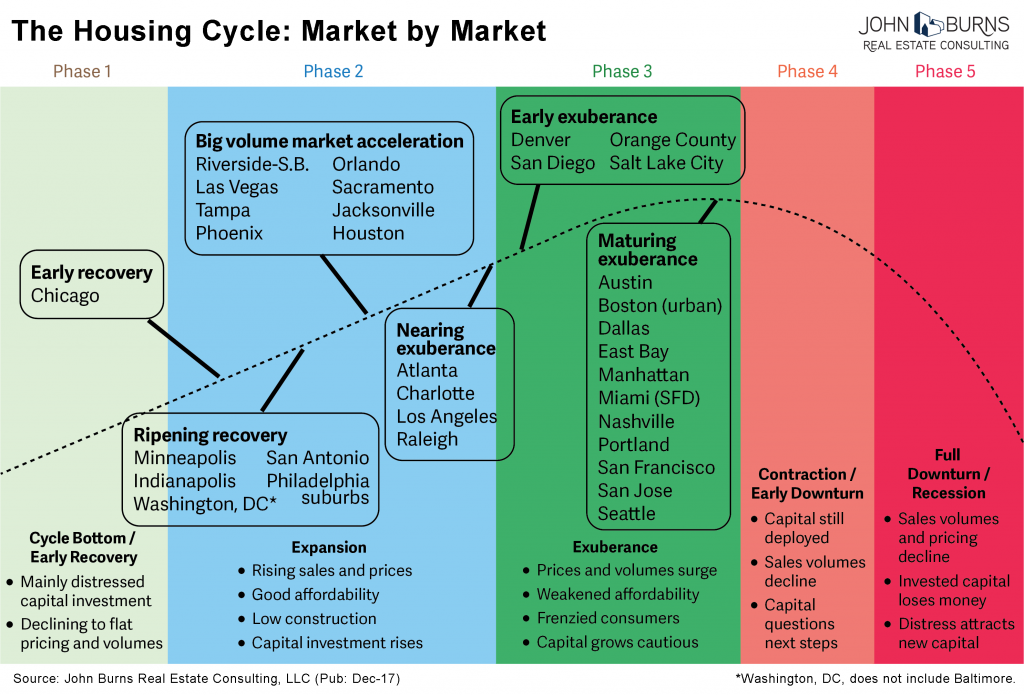 Now that the tax reform is happening, what will it means for housing? We already have a natural cycle that has been maturing, and how buyers and sellers interpret the tax reform could exacerbate the issue.  It will take healthy employment and incoming retirees to keep the party going!

From our friends at John Burns: 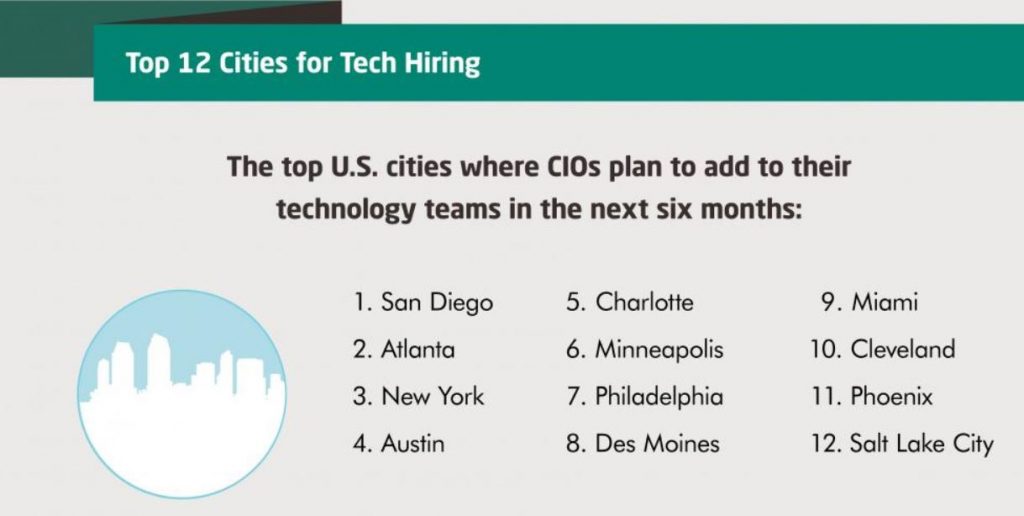 Hard to believe that Joe has been gone for 15 years already – he would have been 65 on Friday.  Let’s all appreciate the time we have here!

Strummer died suddenly on 22 December 2002 in his home at Broomfield in Somerset, the victim of an undiagnosed congenital heart defect.

It looks like the tax reform bill will be signed by Congress, and sent to Trump for signature.  The California Association of Realtors, led by our president, has been claiming all along that this tax bill will be bad.

On Friday, I sent this email to the C.A.R. rep Sean Bellach:

I object to this constant barrage of negativity – can the C.A.R. please use some common sense and take actions that support realtors doing more business?  Let’s celebrate publicly that we got almost all that we wanted, and home values won’t be going down now!!!!

Thank you for contacting us regarding C.A.R.’s Call-for-Action on the tax reform bill, H.R. 1.  We understand and have looked at the issues you have raised; however, nearly every independent analysis of the tax bill confirms C.A.R.’s fears that the cost of tax reform will be placed on homeowners in high-cost states, specifically California, New York and New Jersey.

C.A.R. is not opposed to tax reform, but it cannot support a bill that pays for tax reform by increasing taxes on California’s homeowners.  H.R. 1 provides not one new benefit for homeownership or to support housing, but instead eliminates and weakens long standing benefits of the industry.

These are the reasons for C.A.R.’s opposition to H.R. 1 and why we are asking our members to contact their members of Congress to oppose the bill.

To which I responded:

Can you provide the studies or data please? It would help substantiate the claim.

Regarding the values dropping as a result of the middle-class paying higher taxes…..can you provide those studies too?

While we wait for his data and studies that show the middle-class will be paying more taxes as a result of the tax reform and/or the costs will be placed on homeowners in high-cost states, specifically California, New York and New Jersey, here is how it is being reported today:

But here’s the truth: 8 in 10 Americans will pay lower taxes next year, according to the nonpartisan Tax Policy Center’s analysis of the final bill. Only 5 percent of people will pay more next year. Mostly, those are folks who earn six figures and own expensive houses in places with high local taxes, such as New York and California. 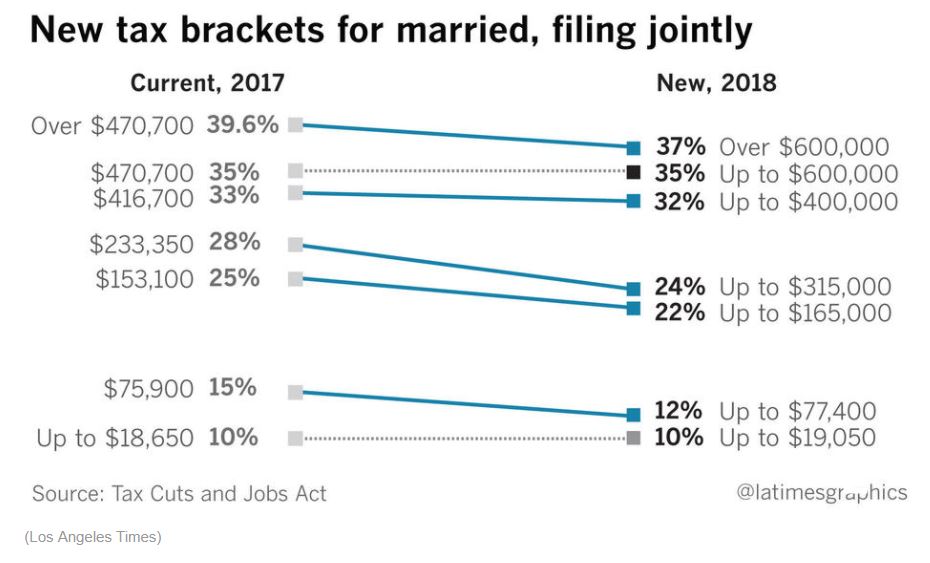 Middle-income households will get $61 billion in tax cuts in 2019 under the Republican tax plan poised for passage this week, according to an analysis released late Monday by Congress’s Joint Committee on Taxation.

That amounts to 23% of the tax cuts that go directly to individuals. By 2027, however, these households would get a net tax increase, because tax cuts are set to expire under the proposed law.

The calculations are based on JCT estimates of cuts going to households that earn $20,000 to $100,000 a year in wages, dividends and benefits. Those households account for about half of all U.S. tax filers, with nearly a quarter making more and a quarter making less.

The Trump administration has emphasized the benefits of the tax plan for middle-income households.

America’s most-affluent households, those earning $500,000 or more a year, which account for 1% of filers, would also get $61 billion in cuts in the first year, according to the JCT analysis. They would get a cut of $12 billion by 2027.

It doesn’t look like the middle-class will be negatively impacted in California.  If only the affluent are affected because of the cap on state, local, and property taxes or the mortgage cap being lowered to $750,000, they can probably handle it and still want to buy a house in which to raise a family.

I just want the C.A.R. guys to stop saying prices are going to go down!

Here’s where they are saying today that there will be a short-term drop in property values of 6.3%, but they just state it as fact – I want to see how they came to these conclusions: