An article on realtors and drones:

Real estate agents who use drones say the marketing edge is invaluable — and the process is mesmerizing. Matthew Leone, who oversees the use of drones as the director of Web marketing and social media for Halstead Property, described the effect as a drone soars above a home or buzzes room to room gathering digital footage for a real estate website.

END_OF_DOCUMENT_TOKEN_TO_BE_REPLACED

by Jim the Realtor | Apr 24, 2014 | About the author, Bubbleinfo TV, Listing Agent Practices, One-Story, Why You Should List With Jim | 9 comments

Check out my new listing of a 2,765 sf one-story house with 3-car garage on a big lot in gated Walnut Hills!

The house is loaded with upgrades too – hardwood floors through virtually the entire house, full travertine master bath, granite and stainless kitchen (with Viking six-burner stove), dual-zone heating and A/C, tall ceilings and plenty of warm sunshine streaming through!

Located high above the valley with hillside and twinkling-light views from the backyard – open house this weekend 12-3 both days!

The Higher, The Fewer?

Everyone has been assuming that once prices went back up, more inventory would appear.  Those previously underwater would finally be free to sell, and other more-elective sellers who had been waiting patiently since the last peak would try again.

Well, here we are – prices are back to the previous peak.  Except the number of new listings is going in the opposite direction – and compared to 2013, it’s getting worse.

Last year it happened as expected – pricing was up 10%, and the number of new listings picked up.  The total was 7% higher than in 2012.

Pricing went up another 10% this year, but the number of listings dropped 6%.

When you trim down the time period further, it gets worse.  Here are the new listings that hit the market between March 1 and April 15th:

Today, most people can sell for more money than ever.  Yet heading into the prime selling season, there were 14% fewer new listings that hit the market this year, than in 2013 – even though pricing is up 13%!

Last year, the all-out frenzy was spurred by record-low mortgage rates, but also benefitted greatly from the sales momentum.  More homes hitting the market meant more to gobble up, which caused prices to rise at a faster pace, causing other buyers to panic.

But now the move-up-or-down market must be particularly paralyzed by the lack of better choices.  Those sellers who are leaving town feel like they’ve hit the jackpot.  But for those wanting to stay in town, the tightening of inventory is frustrating, and they don’t want to list theirs unless they like their chances of buying a decent replacement.

It will probably feed on itself too, causing sellers to push prices higher – in spite of what Leslie said!

With less to pick from this year, there will be fewer comps and more-scattered pricing results too.  Get good help!

Another favorite of the early-1980’s frat-party circuit – Tears for Fears, reunited (I usually like to play an original version, but this 2007 concert enjoyed a full compliment of players):

The elimination of short sales has had several benefits – one is a cheerier outlook on life by one easy-going realtor:

W.C. Varones has been covering the Pacific View fiasco, and the recent commitment by the City of Encinitas to pay $10 million for it (even though the school district only asked $9.5 million).

Here is his most recent post about the community activists who supported the city’s purchase, but wondered if the $10M price was what they had in mind:

For a town that just blew an estimated $80 million to acquire, finance, and build a park next to the freeway, this additional expenditure will strain the coffers.  But being a solutions kind of guy, I thought I’d outline an idea that could make everyone happy without losing $10 million of the taxpayers money:

This entire fiasco goes back 20 years: the district trustees attended a seminar on how to turn ‘surplus’ district property into dollars. After identifying the sale of PV as their choice for district ”surplus’, the first thing they did was change the attendance boundaries to make it appear to laymen that the school attendance was plummeting. When Supt. Doug couldn’t close a deal, they retired him and went with Supt. Lane: they helped Lane out with a ‘developer’ consultant named Dee Snow whose husband, Bill Snow was on the Planning Commission: they also has Patrick Murphy and Peder Norby assigned to make a ‘deal’ happen: yes, Murphy and Norby were working for the City of Encinitas to help EUSD get around The Naylor Act and it was a reporter from the UT who had covered the Naylor Act being used in Del Mar who first brought the Naylor Act up in her news coverage.

END_OF_DOCUMENT_TOKEN_TO_BE_REPLACED

Throughout the history of the world, those charged with the duty of describing market conditions have been reluctant (or ignorant) about discussing price as a cause.  Finally, the vice-president and chief economist of C.A.R. mentions that price is an issue!

I had this on twitter but let’s play it for the bubbleinfo audience too:

First, the C.A.R. president wimps out with the usual reasons:

“While the demand for housing was up from February, the market is taking a hit from lower housing affordability compared to a year ago, which led to a decline in home sales from last year,” said C.A.R. President Kevin Brown.  “Moreover, concerns over tighter lending standards and increased borrowing costs are also contributing factors to the sluggish market as they both negatively impact the bottom line of home buyers who obtain financing through mortgages.”

But then Leslie delivers a game-changer for all real estate spokespersons:

“While housing inventory has loosened since last year, it’s still below what’s considered typical in a normal market,” said C.A.R. Vice President and Chief Economist Leslie Appleton-Young.  “Many of the listings continue to be priced above what the market will bear and are not moving.  As such, even with improved home prices over the past year, new listings are lagging because would-be sellers who have limited options on where to move are hesitant to put their properties on the market.”

Here is investigative reporting for you.

Jason Hidalgo from the Reno Gazette-Journal found that dual-agency short sales with a prearranged cash buyer accounted for more than 10 percent of Northern Nevada’s 2,096 single-family home short sales last year.  He looked me up in February to get my thoughts on short-sale flipping, and then in his story he lays out two offenders:

Here is an excerpt:

Krch Realty, which triple dipped commissions on more than half of its dual-agency short sales with cash buyers last year, did not respond to a request for comment for this article.

Marshall Realty accounted for nearly a third of such short sales in 2013. Broker-owner Marshall Carrasco defended his company’s transactions and referred further questions to his lawyer, who wrote to the Reno Gazette-Journal to “proceed with caution” on any article about Carrasco.

“Mr. Carrasco and Marshall Realty have represented many sellers in short sale transactions,” attorney James M. Walsh wrote. “As noted, full disclosure is made to the short sale sellers of the nature of the transaction. Mr. Carrasco, on occasion, presents these listings to individuals or entities that he knows are interested in purchasing short sale properties.”

Investor Jeremy Page of Harcourts NV1 Realty, a key player in the area’s real estate investment scene, stressed that all his short sale deals were done within the scope of the law. Page says his short sale purchases not only took distressed houses out of the market, they pumped more than $20 million back into the Northern Nevada economy in 2013 in the form of payments to suppliers and contractors who worked on his properties, as well as real estate agent commissions.

Real estate experts say such short sales come at the expense of the average homeowners, who do not fully understand how real estate transactions work, making them easy targets. It’s a problem that’s not limited to Nevada but is seen in other states as well where agents bend the rules for profit, said Jim Klinge, broker for California-based Klinge Realty.

“Typically, the homeowners don’t even know what they signed when these sharks get into their living rooms,” Klinge said. “I have had people call me asking if they have been taken advantage of, and in every case the answer is yes, but they never asked questions.”

The practice is especially a concern in Nevada, which saw the steepest decline in home values at the peak of the U.S. housing crisis. In recent years, the FBI identified the Silver State as a prime target for short sale fraud due to its high percentage of distressed properties.

“Nothing is done by anybody to stop this outright defrauding of banks, servicers and investors,” Klinge said. “There is no law enforcement or industry watchdogs, so it runs unabated. When other agents see people get away with it and make 5 percent or 6 percent commissions, then the amateurs give themselves permission to do it, too. It is going to take a district attorney vigorously pursuing this until we see perp walks nightly” for it to stop.

This stuff happened in every major city in America over the last 2-4 years, and thankfully it’s mostly over.  Thank you Jason for a great investigative report!

The Gap Is Widening 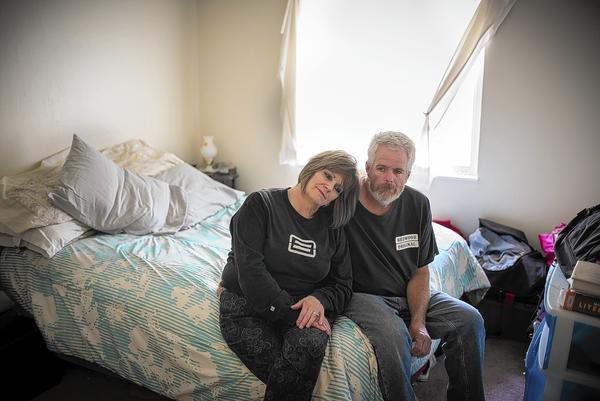 This plight is a contributor to the tight inventory – kids will be more likely to occupy their parents’ home, rather than selling it.  Hat tip to WC for this boomer article in the latimes.com – an excerpt:

Debbie Rohr lives with her husband and twin teenage sons in a well-tended  three-bedroom home in Salinas.

The ranch-style house has a spacious kitchen that looks out on a yard filled  with rose bushes. It’s a modest but comfortable house, the type that Rohr, 52,  pictured for herself at this stage of life.

She just never imagined that it would be her childhood home, a return to a  bedroom where she once hung posters of Olivia Newton-John and curled up with her  beloved Mrs. Beasley doll.

Driven by economic necessity — Rohr has been chronically unemployed and her  husband lost his job last year — she moved her family back home with her  77-year-old mother.

At a time when the still sluggish economy has sent a flood of jobless young  adults back home, older people are quietly moving in with their parents at twice  the rate of their younger counterparts.

Here’s the second video of the RobRanch combo, posted in reverse order.

This is the house tour that was going to come before the drone view over the RobRanch, but together they were about 10 minutes long. So call this Part 1: