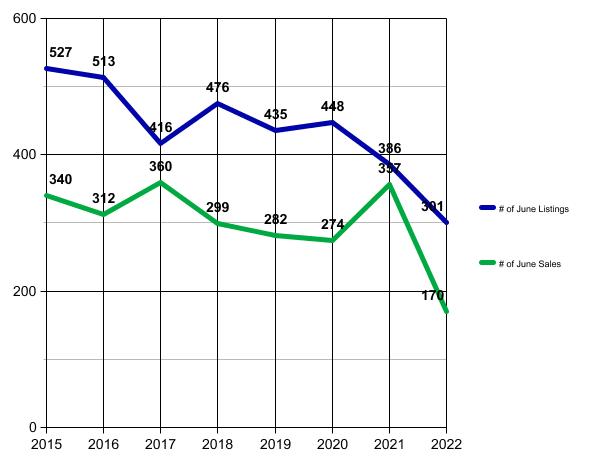 We knew at the beginning of June that we wouldn’t get to 200 sales, just by the number of pendings:

Our precipitous drop in the number of listings has to be considered when examining the current market conditions – and not only are there fewer listings than ever, but the quality of the homes coming to market is on the lower end. People are hanging on to the best homes!

After rates and prices have doubled, if you are going to buy a home now, you want to hold out for a good one! Yet we have fewer quality choices than ever before. 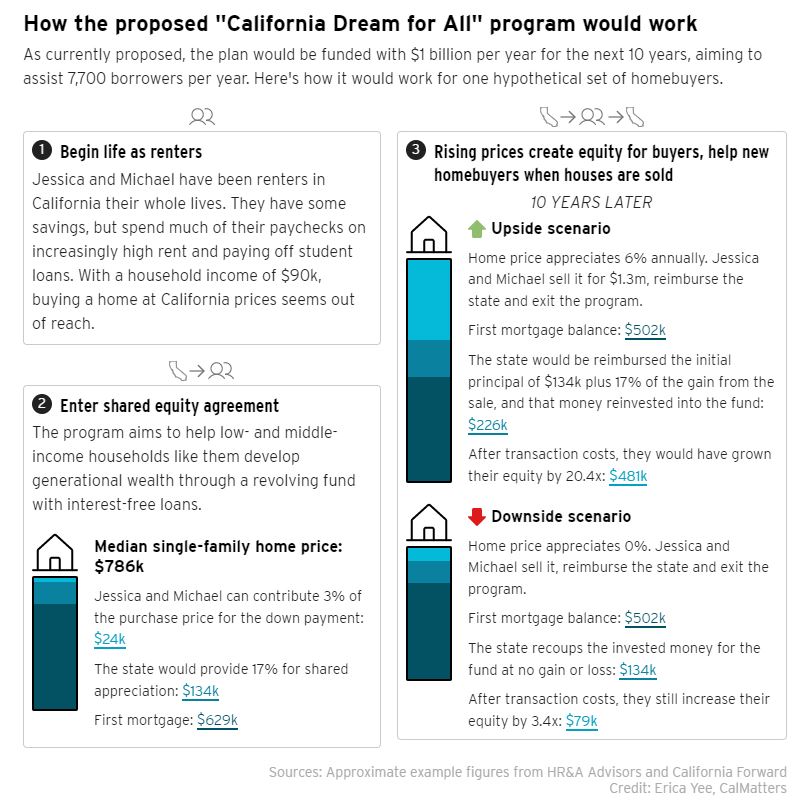 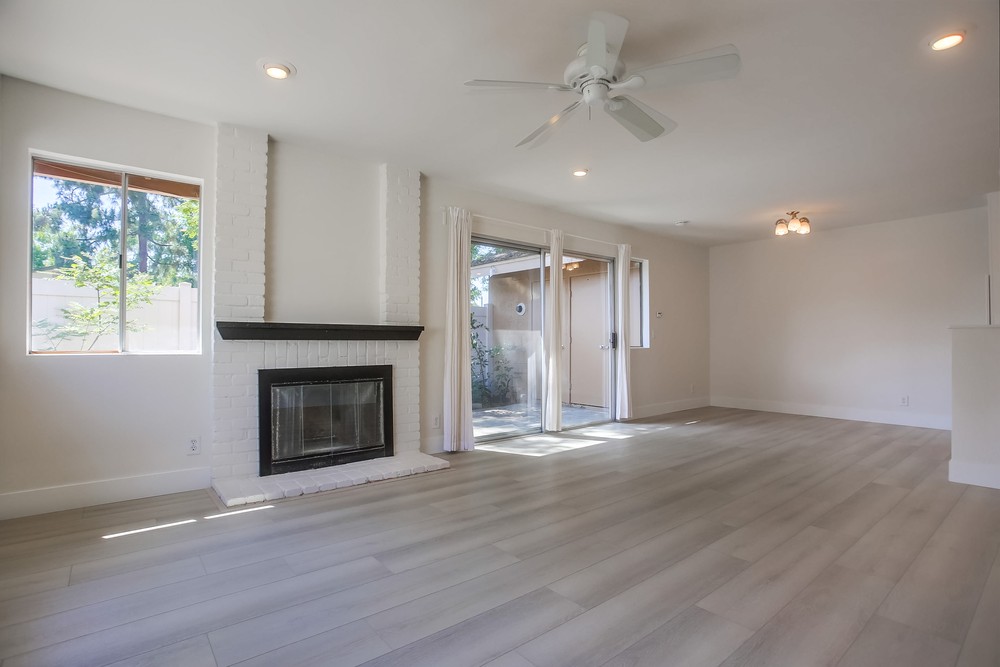 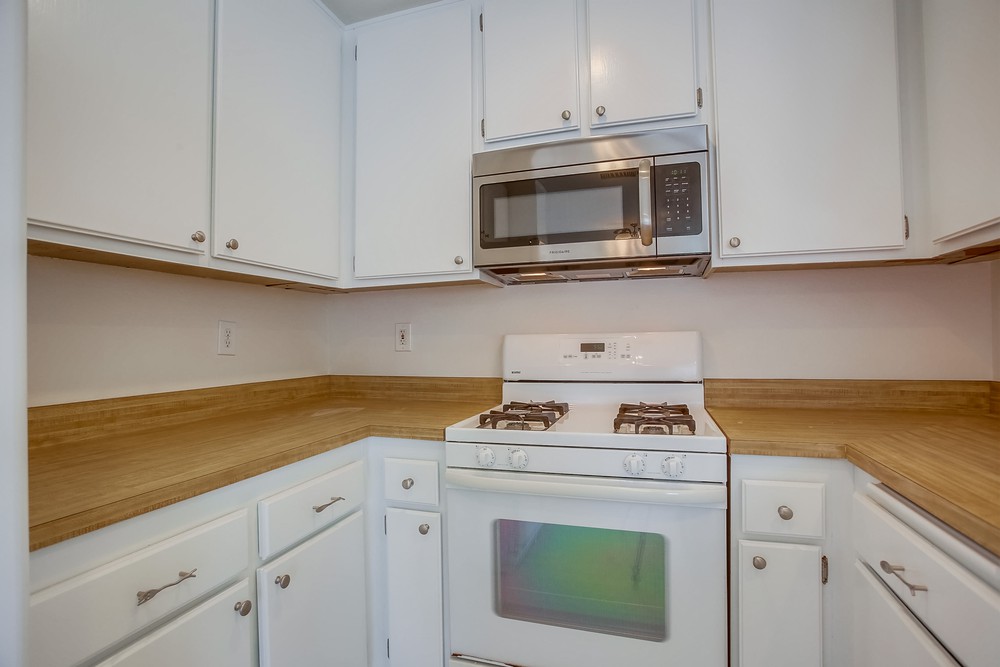 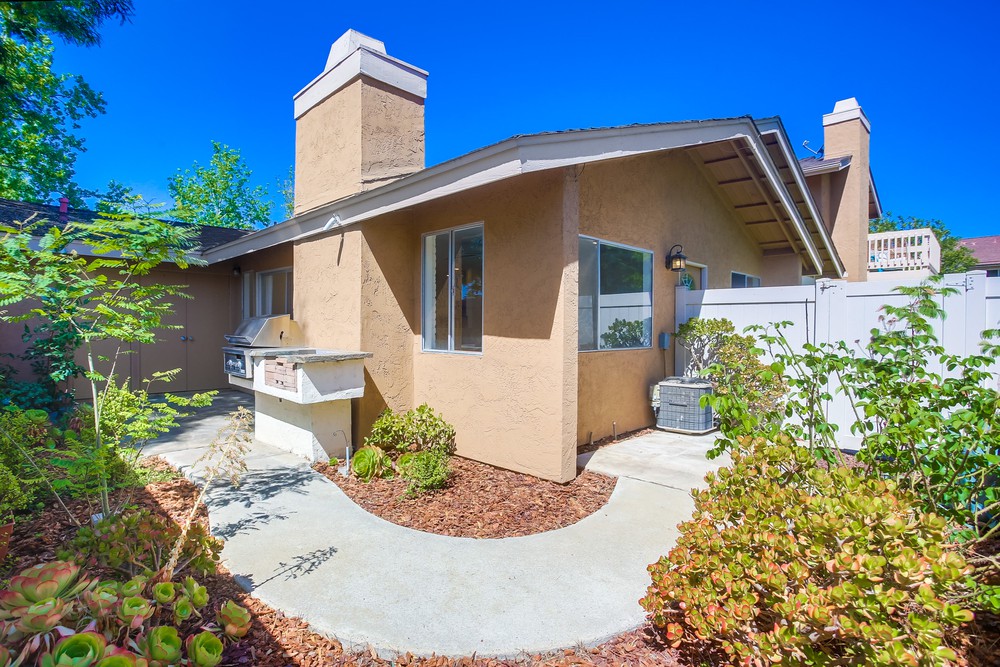 Check out our new listing!

You can still buy a Village Park home in the $800,000s! This one feels like a detached-home too, and is surrounded by greenbelts. One-story, new flooring and paint, private backyard, 2-car garage, air-conditioning, laundry room, plus the primary bedroom suite has a fantastic travertine shower and huge walk-in closet! A house across the street is listed for $1,900,000 – this is the right neighborhood! Walk to the Park Dale Lane Elementary School and the Village Park Recreation Club too – enjoy all the benefits of the Village Park clubhouse, pool/spa, & tennis courts in this dog-walker’s paradise with flowing green belts throughout the area. Wow! 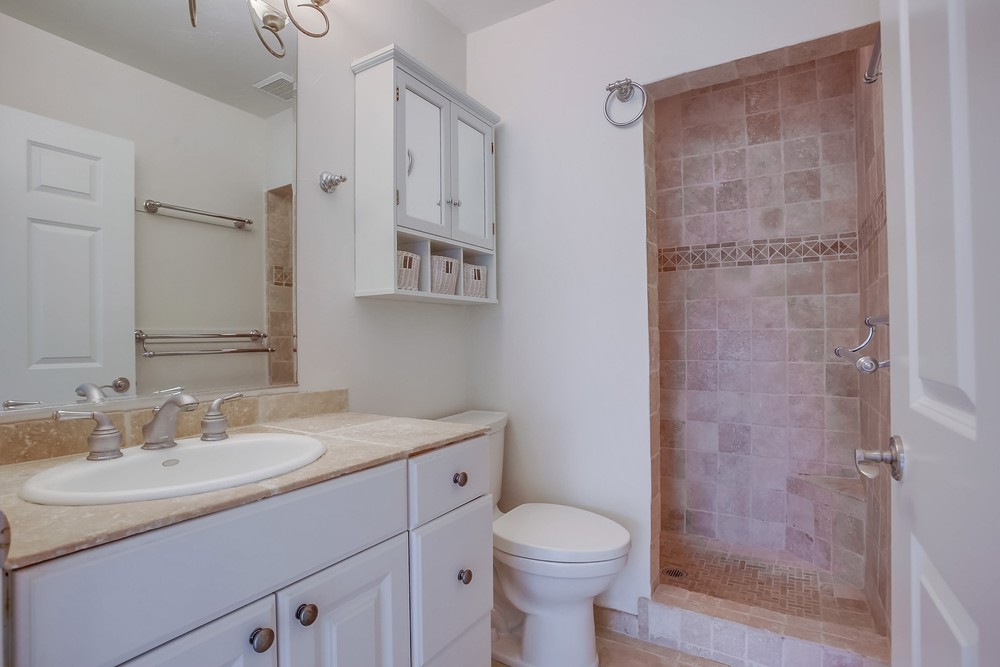 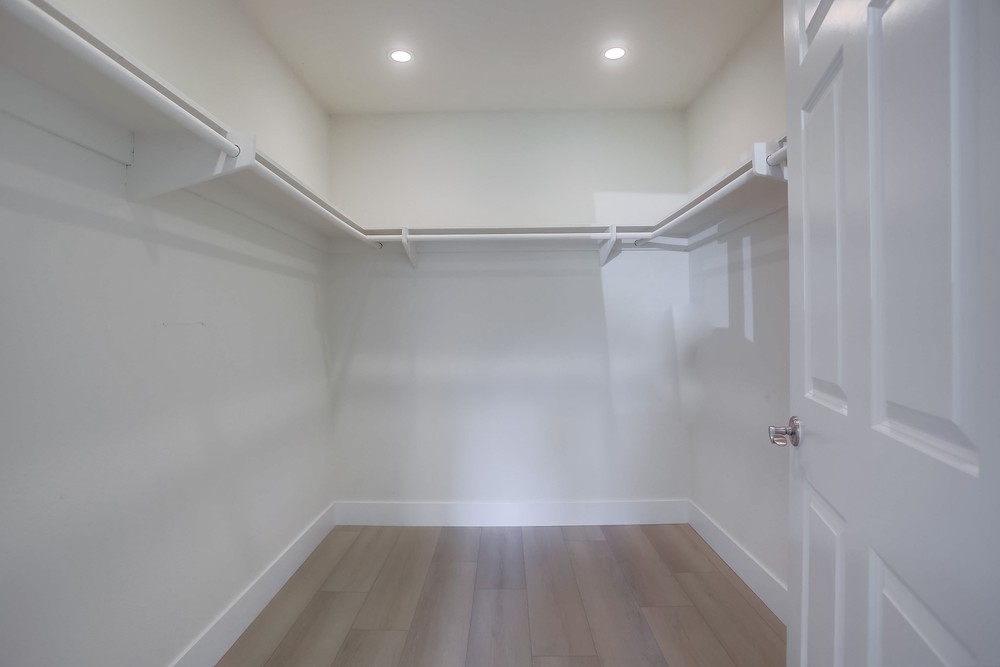 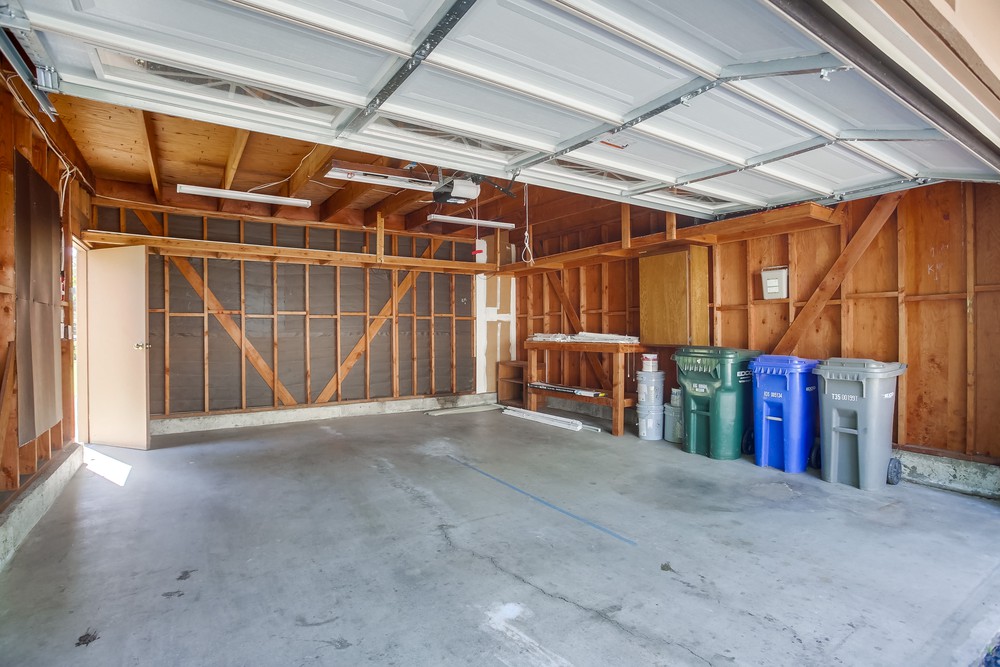 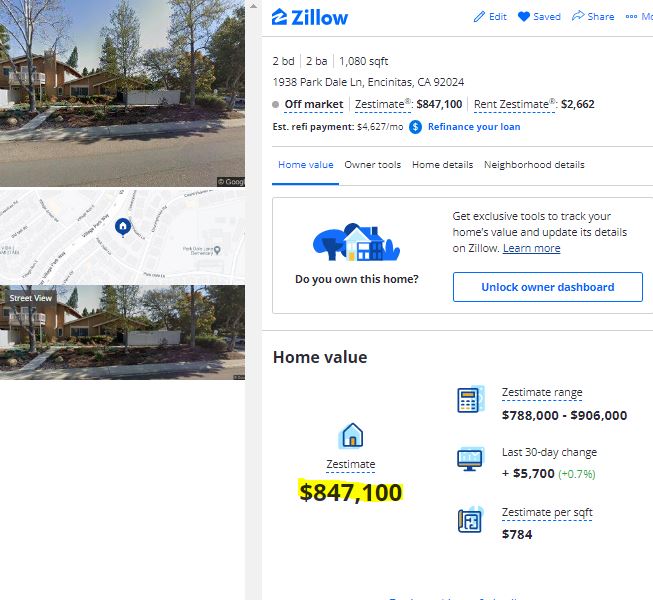 My guess is we’ll be 400+ at the end of the year, or about the same as February.  A flat-pricing environment is the easiest of all the choices for buyers and sellers – just sell for the same amount as the last guy.

Home price increases slowed ever so slightly in April, but it is the first potential sign of a cooling in prices.

Prices rose 20.4% nationally in April compared with the same month a year ago, according to the S&P CoreLogic Case-Shiller Index. In March, home prices grew 20.6%. The last slight deceleration was in November of last year.

In a change from the last five months, when most of the 20 cities saw month-to-month price gains, only nine cities saw prices rise faster in April than they had done in March. Cities in the South continued to see the strongest monthly gains, including Charlotte, North Carolina; Tampa, Florida; Atlanta, Dallas and Miami.

“April 2022 showed initial (although inconsistent) signs of a deceleration in the growth rate of U.S. home prices,” Craig Lazzara, managing director at S&P DJI, wrote in a release. “We continue to observe very broad strength in the housing market, as all 20 cities notched double-digit price increases for the 12 months ended in April. April’s price increase ranked in the top quintile of historical experience for every city, and in the top decile for 19 of them.”

Cities with the smallest gains, although still in double digits, were Minneapolis, Washington and Chicago.

Not only are these price gains for April, but the index is a three-month moving average. The average rate on the 30-year fixed mortgage just crossed the 5% mark in April after rising from around 3% in January. By June it had crossed 6%.

“We noted last month that mortgage financing has become more expensive as the Federal Reserve ratchets up interest rates, a process that had only just begun when April data were gathered,” said Lazzara. “A more challenging macroeconomic environment may not support extraordinary home price growth for much longer.”

The housing market is already cooling, with slower sales and reports of price drops among some sellers. The supply of homes for sale has also increased steadily, as more listings come on the market and homes already on it sit longer. Active inventory last week was 21% higher than it was the same week one year ago, according to Realtor.com.

“For buyers and sellers, the road ahead will require more flexibility in pricing, brushing up on negotiation skills, and acknowledging that market conditions today are different than even six months ago,” said George Ratiu, senior economist at Realtor.com.

(The San Diego seasonally-adjusted index was 424.53 in April) 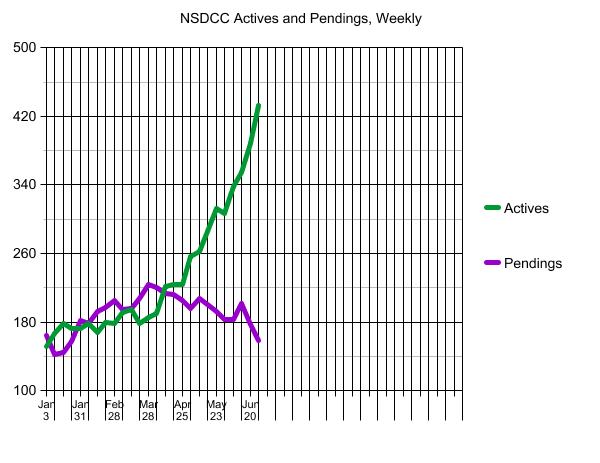 There is one thing we know for sure:

Generally speaking, home sellers are not adjusting their expectations about price.

The standoff will last another few weeks, and then the unsuccessful sellers will pack it in for the year.

Don’t be surprised if the 2023 pricing looks a lot like it does today!

The NSDCC inventory is still well below normal, but nobody cares about that. This is Bill’s take: 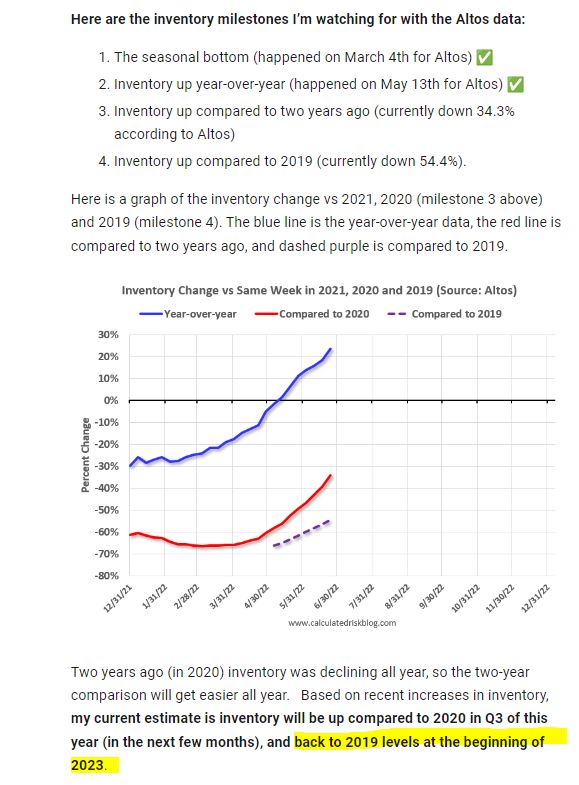 END_OF_DOCUMENT_TOKEN_TO_BE_REPLACED

Huge turnout for my open house – more than 70 people!

There were four open houses in the neighborhood each day, so the buyers were able to make plenty of comparisons. My guess? The two homes offering the best values will sell this week!

My new listing at 3534 Avenida Sierra, priced at $1,395,000, is one of six for sale in Lomas Serenas – four of which have listed in the last week.  When you have a competition like this, you want to be the first one to sell and avoid a potential price war which could erupt in 30-60 days if the market doesn’t respond. 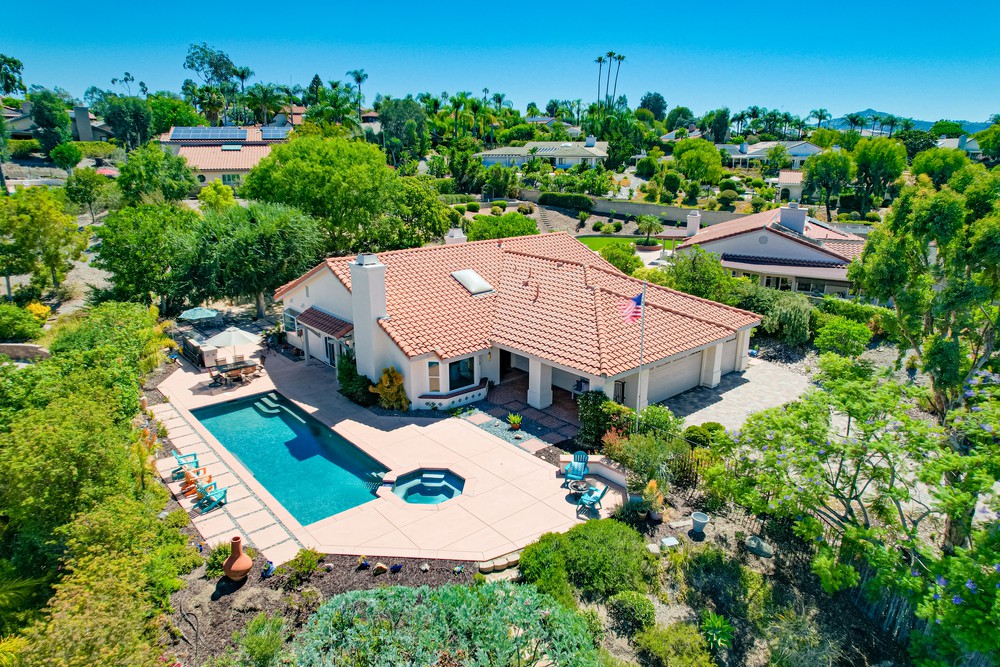 When evaluating how much to pay for a home today, I made the case with buyers that logically I’d like use the original list prices of comps . Those listing agents of recent sales nearby have probably used the over-bid prices of comparable sales, but at least those were from closings as far back as last summer. I also throw out any of the sales of homes sold off-market, because those resulting prices were never tested on the open market (and probably had some extra $$ added to incentivize the seller to not go on the open market).

How about with sellers?

What are the possible pricing strategies of a new listing in the post-frenzy aftermath?

Here is a simple comparison of how myself and another agent priced similar homes this week.

I thought my new listing was very comparable, but we are past the hottest frenzy conditions and there were other comps that were lower.  It didn’t seem realistic that we could get the full $1,750,000, so my recommended list price was $1,595,000.  At least I could tell buyers that they were paying under the latest comp, and because my listing has the most-popular features – fully remodeled one-story on a low-maintenance half-acre lot, 3-car garage, private pool/spa, hardwoods, etc. – we would have mass appeal.

While my listing is in better condition, it is smaller and only has 3 bedrooms, instead of four. I couldn’t ignore the new listing and just go on the open market at $1,595,000, because all that would do is help sell the competing listing – and then that would end up being the latest comp anyway.

I had to have the tough conversation with my sellers.

They agreed to lower our price to $1,395,000, and compete head-to-head with the other active listing:

We will be having open house 12-3pm this weekend – let the competition begin!

It would have been a good idea to launch the auction format on an industry-wide basis during the frenzy.  But how about now? They are still a good idea because auctions bring transparency and certainty to the home-buying process, which buyers would appreciate and make them more likely to engage.  Excerpts from article linked below:

If a home has been listed for a long time without much interest, it may be overpriced, according to Mr. Lesnock. During the pandemic, heightened demand has created bidding wars among buyers, with some prime properties selling within days of listing. If a residence isn’t getting any traction in one of the hottest real estate markets of the modern era, there’s a problem.

“Why is it not selling? It’s the windiest day on record, why is this kite not flying, right? That’s the way to think about it,” Mr. Lesnock explained.

The auction process also allows more transparency, according to Mr. Pchelintsev. Both buyers and sellers can follow the bids, either at a live auction or, increasingly, online.

“You get a notification on your phone. Someone just made a bid bigger than you, and you go, ‘how dare you?’” he said. “You go on and place a bigger bid and now you’re basically, apart from trying to get this amazing house, you’re also In sort of a little bit of a competition.”

That competition can help drive up the price of the property, according to Randy Haddaway, CEO and founder of Naples, Florida-based Elite Auctions.

“Sellers get more through this process than they would otherwise,” he said. “You get a group of millionaires competing against each other—and none of them are used to losing. They don’t want to walk away and that drives up prices.”

Mr. Lesnock agreed. “If you do [an auction] correctly, it will generate fair market or better prices.” 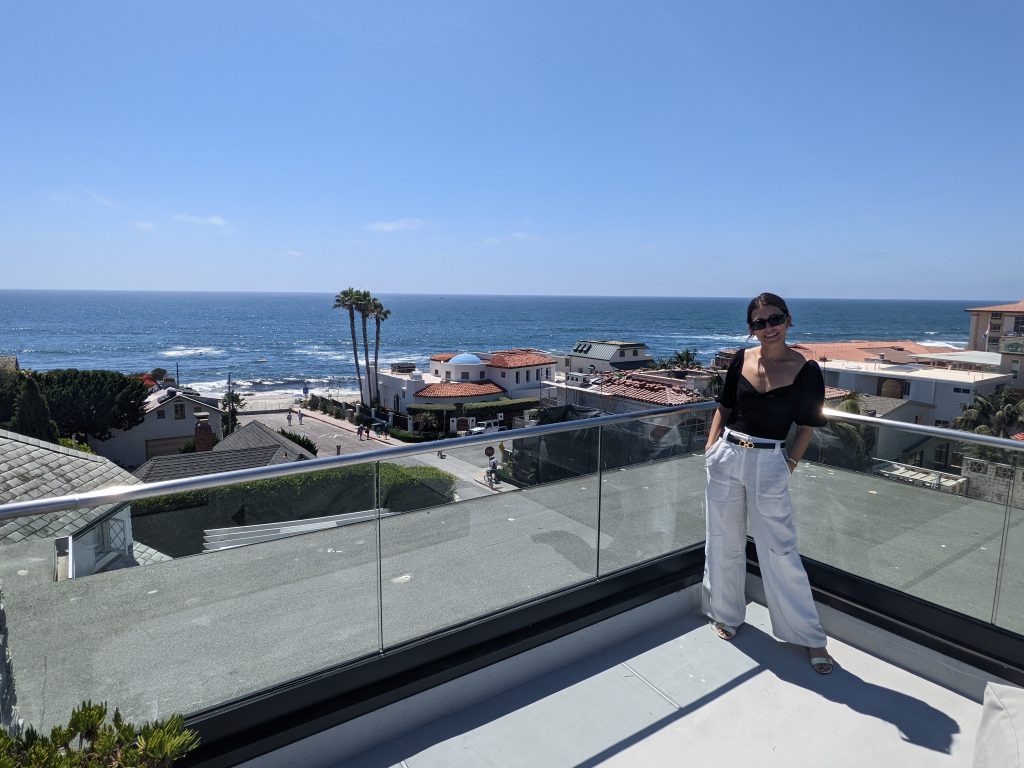 When we listed 365 Marine Street in La Jolla for $6,950,000, the price was very aggressive at $2,401/sf. A top agent called it ‘oceanfront pricing’. Here’s the strategy I employed to sell for top dollar at minimum risk!

Here is my home tour:

This was my tour of the super-custom features in the home: