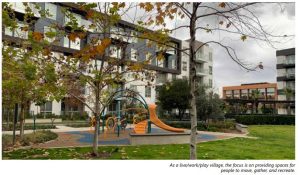 We are in the midst of a real housing crisis.

The rapidly-increasing home prices are exacerbating the problem too – especially for existing homeowners who had hoped to move up. If you paid $500,000 for your house and now it’s worth $1,000,000, you need to spend $1,500,000 on the upgrade just to make it worth it. But the gap isn’t between $1.0 and $1.5, it’s the whopping million dollars between the previously-comfortable $500,000 and the new price of $1,500,000. Even if you are over 55 and can take your old property taxes with you, the new mortgage amount will be double the previous amount AND last for another 30 years. It’s why more and more of the current homeowners are staying put, which is limiting the inventory now, and in the future.

It’s why I said on the TV show that the current market insanity is likely to continue.

With a finite number of homes and 1,700 new millionaires being created every day in America (we are now up to 18,000,000 millionaires!), the affluent have commandeered the local market.  Apparently, they don’t mind paying these prices, and will throw in another $100,000 or so to win the home, if needed.

We hear regular calls for government to ease up on zoning requirements, but more action is needed because we are out of land.  Bill Davidson, the most prolific home builder in the history of San Diego County, talked about the shortage back in 2012:

On the TV show, I suggested redeveloping the MCAS Miramar or getting the City of Carlsbad to free up some of the dedicated open space to create larger opportunities for builders, because we need thousands of more homes, not dozens, to balance the market and slow down the pricing.

But those ideas have no chance of happening.

It would take a monumental shift in priorities for our society to consider those. If the government were to propose redevelopment on a grand scale, it would take dozens of years to come to fruition. The Kearny Mesa project is a good example, but it will only add 26,000 homes over the next 30 years which probably won’t be enough to slow down pricing – and no single-family residences are planned there.

Any other new projects will face intense opposition.

The NAVWAR site off the I-5 freeway would seem like an ideal redevelopment project, and it could provide housing right where it’s needed. But the opposition is fierce – consider this attorney’s opinion:

Unless we have a game-changing shift in our community’s mindset about redeveloping the infill sites, the hordes of affluent people will dominate the home-buying – and keep pricing at these levels or higher.

Oh but wait Jim, how about those boomers – half of which haven’t retired yet?  Will the boomers who are still working be more likely to need the dough, AND be young enough to endure a move out-of-state?

Maybe, but their kids and grandkids will be lined up to inherit the house, and with that being the only feasible way for them to stay in San Diego, the boomers will find a way to age-in-place instead.