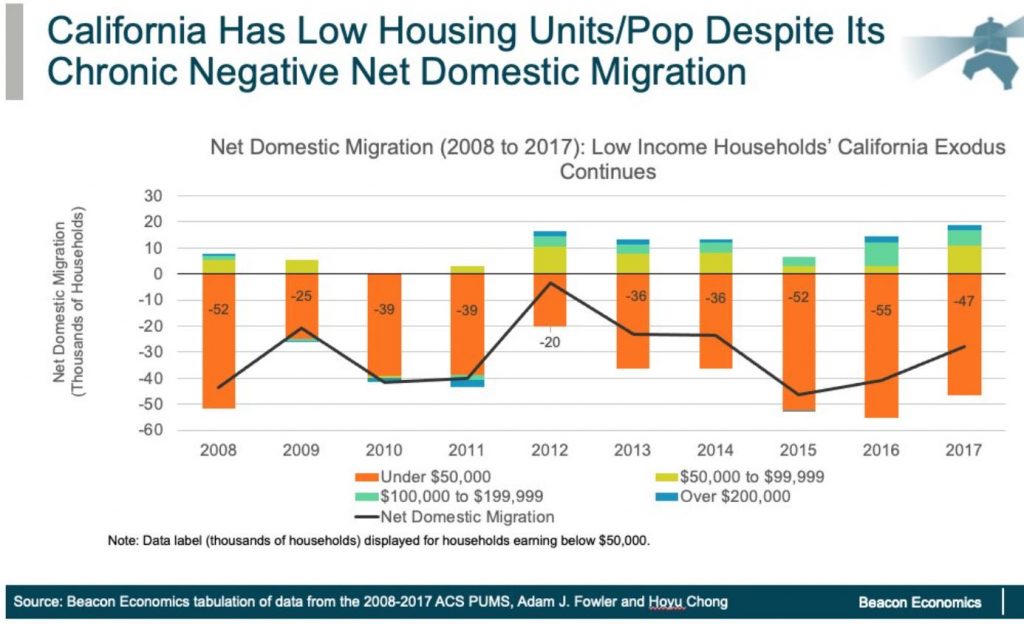 Who is selling? The chart below tracks when the home was purchased by the sellers. Today’s numbers are from those sales closed between Aug 21-31 of this year:

So much for my theory about boomers leaving town! Today’s percentage of long-time owners sellers was the lowest yet…..but we know that over 50% of boomers delayed selling their home due to covid.

The chart at the top (click to enlarge) shows the California migration, and it’s a money thing.

People who leave the state find it too expensive here, and can do better elsewhere – and are willing to go for it! Younger people are probably more inclined to leave, at least at first. Grandparents to follow!

Of course, even the recent purchasers have no problem selling for a decent-to-huge gain, and more of them have been taking their profits – and hopefully buying another home, either here or elsewhere. Though the 2012-2020 group is the only one that grows just because we’re adding years over time.

There were four flippers in today’s group, same as last time.