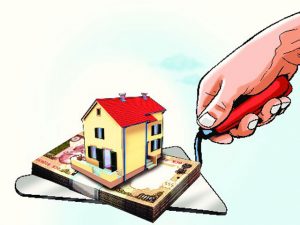 On the Facebook bubbleinfo, in response to the idea that the bubble won’t be bursting, Matt asked ‘what constitutes the big stagnation when it happens’.

The Big Stagnation? You’ll know it when you see it.

We used to consider 6 months’ of inventory to be normal, but the new norm is probably 3 months with most of San Diego being 1-2 months today. Rancho Santa Fe is our exception, and has 8 months’ of inventory currently (only because there was a slew of sales last month). I think we can consider stagnation being any market with more than 6 months’ worth of inventory, and/or 100+ average days on market (Avg. DOM in RSF now 129 days).

When the market slows, most of the homes not selling can be explained – bad locations, inferior condition, etc.  Start worrying when you see houses that have it all, including a decent price, not selling.

Other outside influences that might cause the market to stagnate include:

The prime reason for a market stagnation is the resistance that sellers and agents have about lowering their price – they would rather wait and see if it will be different tomorrow.

We might see a 5% or 10% drop without much fanfare, because most every seller around here has gained more than 30% appreciation since 2009 and wouldn’t feel it much.  They might give up a couple of bucks, but if a heavy discount is needed to sell, they will dig in.  It is very likely that the only reason they are selling is to hit the big-money jackpot.

A stagnant market could last for months or years – they tend to last until people subscribe to the fact that price will fix anything!