The reason for breaking down the active and pending listings by zip code is to give the readers a closer look at their neighborhood stats. We have considered a 2:1 ratio of actives-to-pendings to be a healthy market. When there were more pendings than actives, the frenzy was out of control, and when the number of actives reaches a 3:1 ratio of higher, you know that the market is going the other way.

Lately, the ratio has benefitted from cancellations, and today’s A/P ratio is close to the June level: 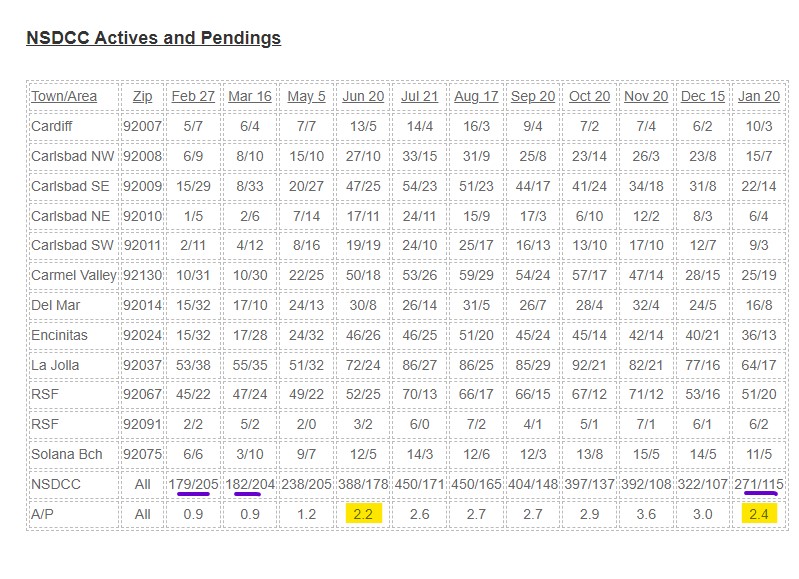 The number of choices today is anemic, and not that much different than the frenzy levels.  The combined totals of actives and pendings (underlined in purple above):

Fewer are selling now because of listing exhaustion.

Of the 105 new listings in January:

Number of those on the market in 4Q22, and refreshed as a new listing this month: 44

Number of January listings that were purchased in 2020: 13

Number of January listings that were purchased in 2021 or later: 19

You can say that the inventory of exciting new offerings is extremely tight, especially for those buyers who have been looking since 2020 – you’ve previously seen 72% of the ‘new’ listings.