How Many Baby Boomers? 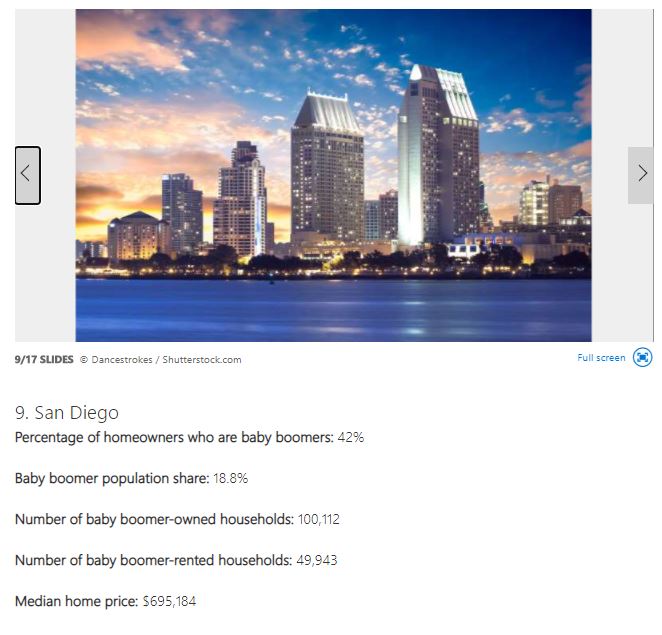 The boomer sales spree is inevitable, it’s just a matter of when.  But if it’s a slow methodical process over the next two decades, will we even notice? Let’s say the 100,112 homes turn over in the next 25 years (and only 1/3 are inherited by the kids), we’d average 223 more sales per month.  There were 3,827 residential sales in the county in September. Results may vary!

Homeownership has long been considered part of the American dream. But first-time homebuyers — especially millennials and Gen Xers — are facing an uphill battle when it comes to house hunting.

This is in part because of a growing trend in which baby boomers, the generation that owns the largest share of American homes, are planning to stay put. In fact, a 2018 survey conducted by AARP found that 76 percent of Americans over the age of 50 would prefer to remain in their current home — rather than move in with family, to a nursing home, or to an assisted living facility. That is leading to less inventory for new buyers.

While baby boomers — defined here as Americans between the ages of 55 and 74 — comprise just over 22 percent of the U.S. population, they account for nearly 42 percent of homeowners nationwide.