by Jim the Realtor | Sep 3, 2020 | Boomer Liquidations, Boomers, Forecasts, Jim's Take on the Market, The Future, Why You Should Hire Jim as your Buyer's Agent, Why You Should List With Jim | 0 comments

The turnover and upgrading of neighborhoods is commonly called gentrification, and what it means around here is that the affluent buyers (many, if not most, from outside the county) take over the real estate market, one house at a time.

Their money does the talking – they pay more for houses because they can.

Those with the most horsepower tend to gravitate towards the coast, and once they arrive, they stay – heck, it’s paradise!  This has been happening for the last 100 years.

As a result, the North San Diego County coastal region is comprised of older homes, and homeowners who have lived here for 20, 30 or 40 years.  We are overdue for more turnover!

Who will be selling in the next 1-2 years?

Homeowners used to be more mobile when real estate was civil.  There were up & down cycles that kept a throttle on pricing, and moving up was more feasible. For example, you could have bought a home in the mid-to-late 1980s, had a kid or two, and then in the mid-to-late 1990s move up to a bigger home without too much financial strain because the market took a dip in between.  But if you bought anytime before 2015, it is extremely tough now to justify a move-up today due to the much-higher home prices and property taxes – unless you really need it.

Once the covid & politics simmer down (i.e., Spring, 2021), we should have more boomer liquidations.

We have to – they own all the houses around here, and they will be the only ones moving – they are the market.  We will be dependent upon how many of them will be clearing out.

Oh, you say, “Boomers are settled in, and they’re not moving!”

It certainly has been the trend for the last ten years, but we’re all much older now.  Isn’t it inevitable that more boomers – or their kids – will be selling?  Each day, 12,000 Americans celebrate their 60th birthday – look how it’s stacking up: 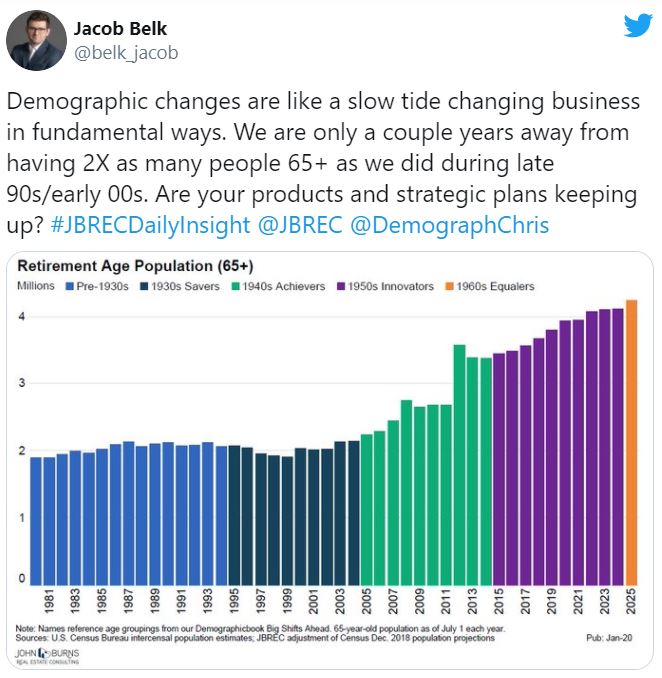 Even if the vast majority of boomers don’t sell in the next 1-2 years, there will be more selling than we’ve had recently.  Covid-19 has added a new dimension that held back the majority of boomers – 57% are waiting to put their home on the market, which means a potential surge next spring: 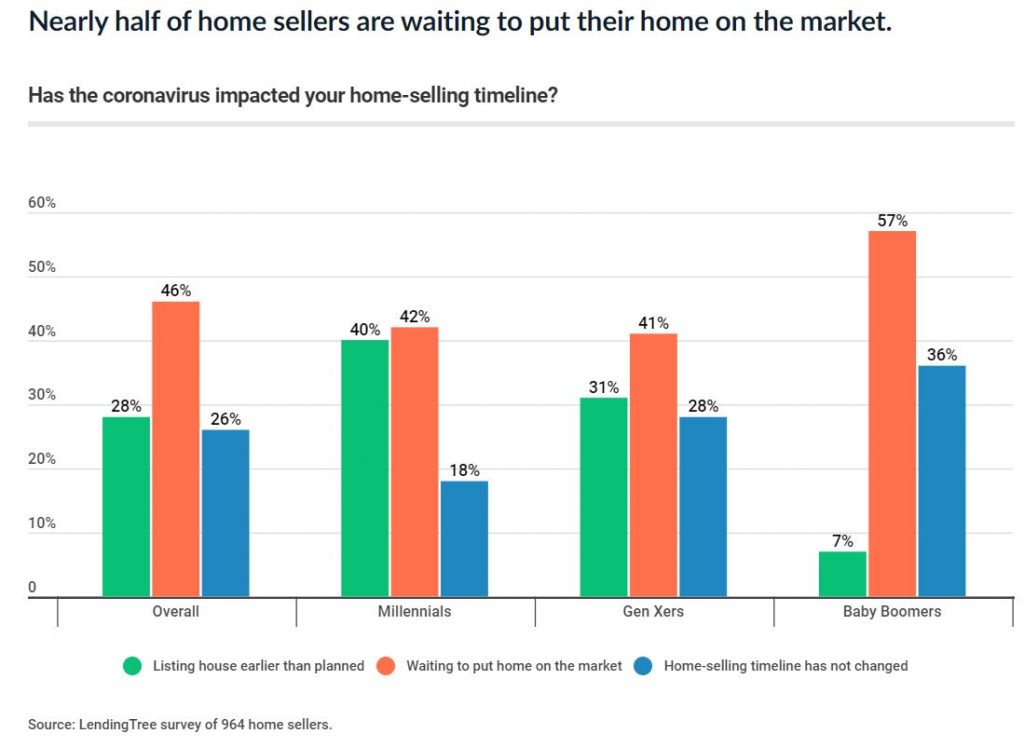 The number of boomers selling will be different in each neighborhood, and they will be selling for different reasons besides just being old:

We’ll have the usual number of home sales due to death, divorce, and job transfers (The Big Three).  It will be the number of younger boomers, ages 60-75, that move for the reasons above that will supplement the supply and create more balance between sellers and buyers than we’ve had in recent years.

It’s a fine line though. A few more sales would build more comps to keep prices rising faster. But if we get 57% more listings in one spring, the competition will settle down and pricing will do the same.

Results will vary in each neighborhood.  Just do a count – how many homeowners around you are 60+ years old? Don’t be surprised if you see more of them move in the next 1-2 years than ever before.