by Jim the Realtor | Apr 19, 2019 | Boomer Liquidations, Boomers, Jim's Take on the Market, The Future, Thinking of Selling?, Where to Move, Why You Should List With Jim | 5 comments 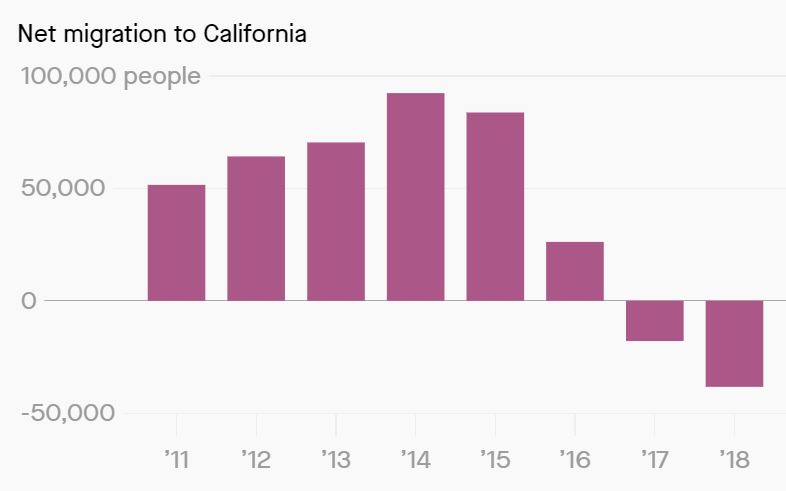 Hat tip to CB Mark for sending in another article on people leaving California – I added the U.S. Census stats for San Diego County at the bottom:

People have long dreamed of moving to California, but increasingly the people in the state are looking to get out.

According to recently released data from the US Census, about 38,000 more people left California than entered it in 2018. This is the second straight year that migration to the state was negative, and it’s a trend that is speeding up. Every year since 2014, net migration has fallen.

Since then, however, domestic departures have outstripped international arrivals.  In 2018, 156,000 locals left the state, compared to 118,000 international who came.

The exodus from San Diego County is picking up steam.  Where the cumulative total of domestic migration over the last eight years was only 46,596 (avg. 5,825 per year), we had 10,835 leave in the most recent 12 month segment – and the international arrivals have slowed considerably too: