by Jim the Realtor | Jun 21, 2018 | Boomer Liquidations, Boomers, Jim's Take on the Market, Market Conditions, Where to Move | 4 comments 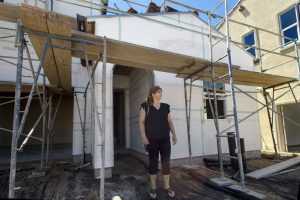 This story is about the same as Carlsbad folks moving to San Jacinto, where you can buy brand-new houses in the $300,000s.  But boomers want to stay within range of their kids and grandkids, so any boomer-flight could be muted.

If you’re touring a model home this weekend in Sacramento, chances are the other couple over there, the ones checking out the quartz counters and sizing up the master closet, are not locals.

Emigres from the San Francisco Bay Area will comprise one-third of house hunters in the capital region this summer, real estate analysts predict.

Call it the coastal wave. It started a year ago, and it may be about to peak.

Bay Area residents are inundating Sacramento home developer websites, clicking through floor plans, watching promotional videos and signing up for email blasts, according to Kevin Carson of the New Home Company. His firm is building in El Dorado Hills, downtown Sacramento and Davis.

“I believe this summer, when the kids get out of school, we are going to see a real increase in Bay Area sales,” he said. “We haven’t really seen the wave hit yet.”

Michael Strech, head of the North State Building Industry Association, said he’s checked with other builders and guesses the one-third figure may be conservative at some new subdivisions.

The reasons are obvious: The median price of a Bay Area home hit $850,000 in April, according to CoreLogic, a real estate data company. That’s a $100,000 increase in one year.

In San Francisco, the median price hit $1.3 million. That often buys no more than a 1,600-square-foot house.

In an eye-opening Bay Area Council survey this month, 46 percent of Bay Area residents said they want to move out of the region within the next few years. They cite the high cost of living, high housing costs, traffic congestion and homelessness.

Retiree Marie Diaz, 59, of San Jose is among the emigres. She and her former spouse are selling their home for $2 million after a divorce.

Diaz said she found she can’t afford another Bay Area house with her portion of the proceeds.

“Prices here are outrageous,” she said. “I can’t afford to live in this area. I’d be in an apartment.”

She bought a home under construction in El Dorado Hills for $525,000. It has the same square footage as her old home, with an outdoor “California room” and a nearby community clubhouse where she will play bingo and bunco and do yoga.

There’s a Costco, a Sam’s Club, theaters and restaurants just five minutes down the hill in Folsom. It reminds her of the laid-back San Jose she grew up in, before the Silicon Valley era.

Sacramento saw similar surges of Bay Area buyers around 1990 and again around 2004, when coastal housing prices were overheated.

This time, though, local builders are pushing the trend by aggressively marketing Sacramento’s charms in the Bay Area with advertising campaigns on websites, social media, newspapers and radio.

Realtor Erin Stumpf has begun showing homes to one such couple, both physicians who landed new jobs here. They plan to sell a 1,700-square-foot Silicon Valley home for about $2.5 million and will look for a Sacramento home in the $1.5 million range, focusing on Sierra Oaks and East Sacramento’s Fab 40s neighborhood.

“They will pay cash here,” Stumpf said. But more Bay Area buyers appear to be exercising “financial prudence,” buying modest homes at the right price, she said. “Not, ‘Hey, I’ve got millions of dollars and I want to overspend for a home in Sacramento.’ “

Recent retirees Jan and Dave Sechrist, who worked for Bay Area nonprofit agencies, say they moved here precisely because they are not wealthy. They sold their Dublin home to get out from under a mortgage and had just enough money to buy a $339,000 home in Antelope this month.

They paid the asking price and were the only people to make an offer.

“If it had been higher, we wouldn’t have heard about it,” Sechrist said. “That’s the top of what we could afford.”