We knew these were coming:

The legislation preserves the deductions for mortgage interest and charitable giving, though it lowers the cap on the mortgage deduction from $1 million to $750,000.

Seeking to win over House Republicans from high-tax states, the conference committee legislation caps the state and local tax deduction at $10,000, with filers allowed to deduct property taxes and state and local income and sales taxes.

Those aren’t quite as generous as before, but a happy compromise.

What about the change from owning your home for two out of the last five years to get up to $500,000 tax-free profits?  Both the House and the Senate wanted to change the time period to owning five out of the last eight years. 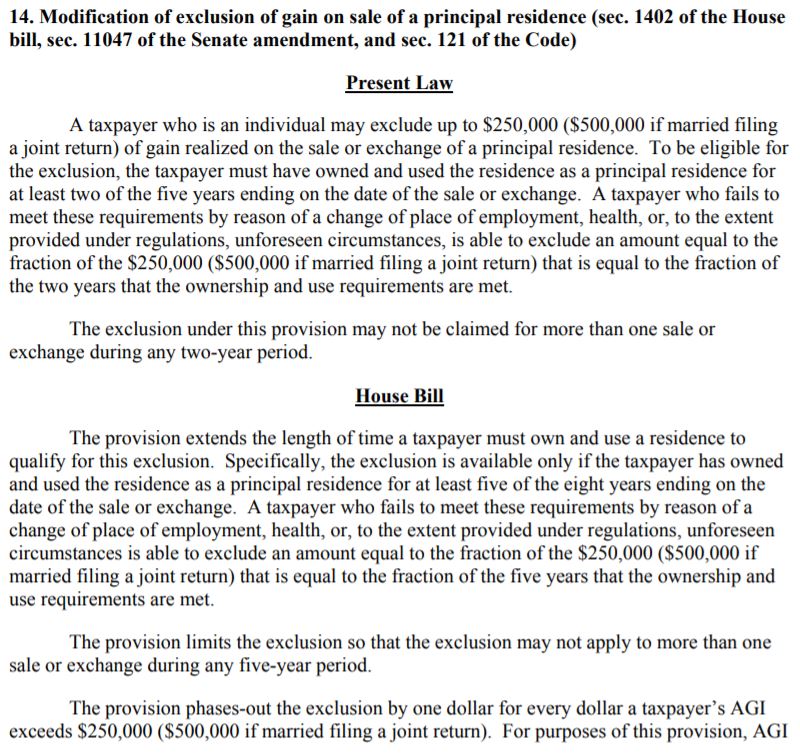 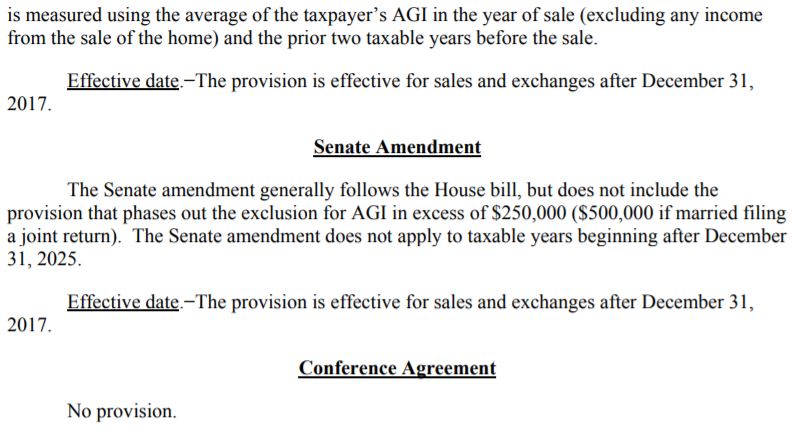 I’m not a lawyer, and could be a little woozy after scrolling 600+ pages, but I think they threw it out altogether!  Before I get too excited, can an attorney tell us that ‘No provision’ means nothing was included in the final bill?

If the two-out-of-five-years is still the law, then the realtor spokespeople better be running to the microphone to declare total victory, and assuring everyone that property values won’t be going down 5% to 15% now!