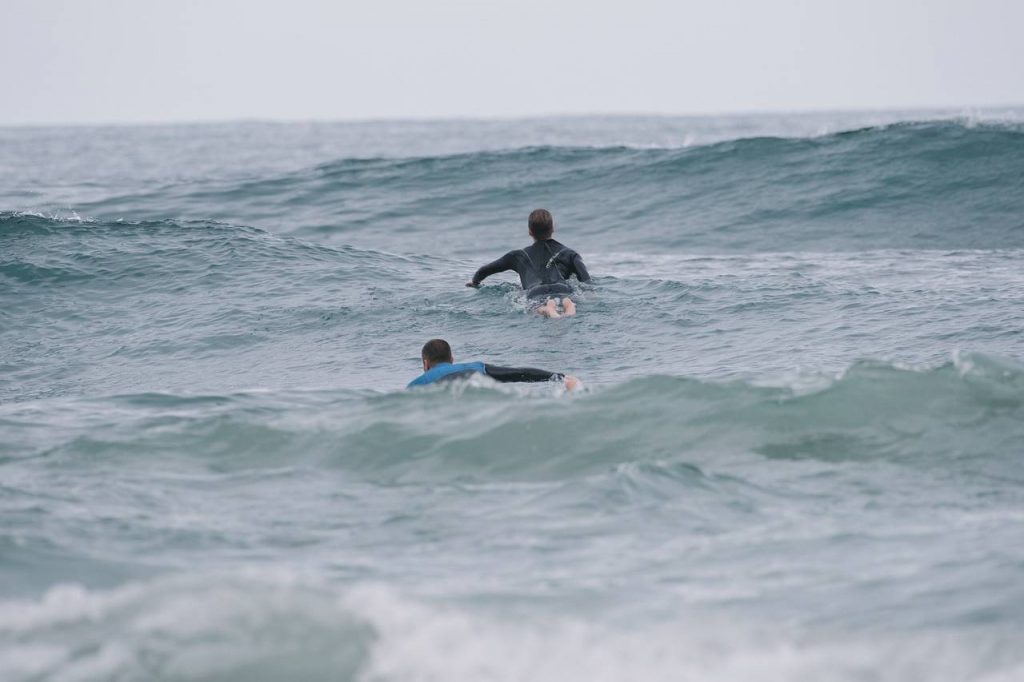 John South of Drop Mortgage and George Flint of Triumph Capital wait for waves off Encinitas. The group of mortgage industry professionals meet weekly on the beach for a morning surf before work.

Lenders say there is an untapped market among borrowers with good credit scores like self-employed workers who don’t have proper income documentation, or for responsibly made loans to borrowers with credit problems that have had bankruptcies in the past or had to sell their home for less than it was worth.

If they are successful in recruiting brokers, lenders believe the market potential for both types of loans could reach $200 billion annually.

A big hurdle: finding the right kind of brokers and instructing them in the lost art of making a subprime loan. Some are returning to the industry for the first time since the crisis. Others like Mr. Boyd have never been in it.

“I knew a mortgage was a loan for a house,” said Mr. Boyd, who was recruited by his boss, Jon Maddux, after selling him a Calvin Klein suit at a local outdoor mall. “I came in just a blank slate.”

Before he co-founded Drop Mortgage, the parent company of FundLoans, in 2014, Mr. Maddux ran the website YouWalkAway.com between 2008 and 2012. The site charged homeowners on the brink of foreclosure $995 to learn how to leave their debt behind.

Mr. Maddux said his experience advising down-and-out homeowners is today helping him pitch them loan products. Drop Mortgage and FundLoans made about $200 million in subprime and alternative documentation loans in 2016, funding them by selling them to hedge funds and other Wall Street investors.

“I’ve seen what caused these people to walk away and I don’t want to be a part of that,” he said.