So our NSDCC market is cooking….is the amount of inventory to blame?

One-third of 2017 is complete – let’s compare it to recent years:

Prices are at all-time highs, and FEWER people want to sell??

How can you explain it?  What is different now? 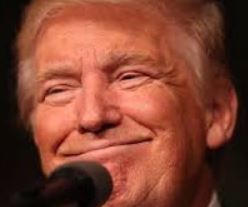 Is it His Orangeness?  The change in president is a notable difference between 2017 and the previous years, but there hasn’t been any specific orders directed at the real estate business, and mortgage rates have stayed about the same.  He could be causing more people to hunker down, but you would think that people would be just as likely to flee!

Potential home sellers know by now what’s in store with Trump.  Not much, if anything, will get done that impacts the real estate selling business.

So what is it?  Why aren’t more people selling at these prices?

It’s because they have nowhere to go that is any better.  The baby-boomers who own most of the coastal real estate have successfully bought one or more personal residences to get to this one, and it will do – it is their trophy property.  Selling a rental property via a 1031 exchange just to avoid taxation isn’t worth the hassle – and how do you do any better than NSDCC?

There are approximately 300,000 people in our market, hopefully we will have at least 1,600 houses to sell during the first four months of every year.

Some years there are a few extra people who decide to list their house. In 2016 we had 7% more houses listed than the 5-year average. A surge like that can result in more sales, or cause buyers to wait-and-see – it depends on price.

Baby boomers are young enough that they can still manage to live in their long-time residences, but this really should be the peak of the low-inventory era.  Don’t we have to see more boomer-owned properties coming to market as they shuffle off to the retirement home, or the Big McMansion in the sky?

Keep an eye on the fringe – the extra 10% to 20% surges in inventory is where we will see a notable change first!  Until then, expect more of the same!