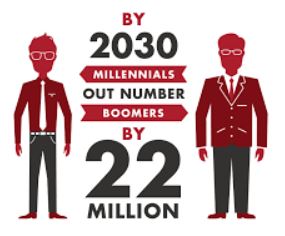 Everything about the real estate market favors those who got in years ago (location, zoning, traffic, property taxes, etc.).  Today’s desperate search for reasonably-priced housing is futile at best, and invites table-tilting by all involved. The rich get richer! Hat tip to Bill W:

The problems facing millennials include an economy where job growth has been largely in service and part-time employment, producing lower incomes; the Census bureau estimates they earn, even with a full-time job, $2,000 less in real dollars than the same age group made in 1980. More millennials, notes a recent White House report, face far longer period of unemployment and suffer low rates of labor participation. More than 20 percent of people 18 to 34 live in poverty, up from 14 percent in 1980.

They are also saddled with ever more college debt, with around half of students borrowing for their education during the 2013-14 school year, up from around 30 percent in the mid-1990s.

All this at a time when the returns on education seem to be dropping: A millennial with both a college degree and college debt, according to a recent analysis of Federal Reserve data, earns about the same as a boomer without a degree did at the same age.

Since 2004, homeownership rates for people under 35 have dropped by 21 percent, easily outpacing the 15 percent fall among those 35 to 44; the boomers’ rate remained largely unchanged.

In some markets, high rents and weak millennial incomes make it all but impossible to raise a down payment. According to Zillow, for workers between 22 and 34, rent costs now claim upward of 45 percent of income in Los Angeles, San Francisco, New York, and Miami, compared to less than 30 percent of income in metropolitan areas like Dallas-Fort Worth and Houston.

The costs of purchasing a house are even more lopsided: In Los Angeles and the Bay Area, a monthly mortgage takes, on average, close to 40 percent of income, compared to 15 percent nationally.

Home ownership rates in California are among the nation’s lowest, with Los Angeles-Orange having the lowest rate of the nation’s 75 large metropolitan areas. For every two homebuyers who come to the state, five families leave, notes the research firm Core Logic.

Like medieval serfs in pre-industrial Europe, America’s new generation, particularly in its alpha cities, seems increasingly destined to spend their lives paying off their overlords, and having little to show for it.

No wonder that rather than strike out on their own, many millennials are simply failing to launch, with record numbers hunkering down in their parents’ homes. Since 2000, the numbers of people aged 18 to 34 living at home has shot up by over 5 million.

Home ownership rates in California are among the nation’s lowest, with Los Angeles-Orange having the lowest rate of the nation’s 75 large metropolitan areas. For every two homebuyers who come to the state, five families leave, notes the research firm Core Logic.

The irony is that the state’s progressive policies are contributing  to a less mobile society and a potential demographic crisis. For one thing, fewer young people can form families—Los Angeles-Orange had one of the biggest drops in the child population of any of the 53 largest metros from 2010 to 2015.

This also has a racial component, as homeownership rates African American and Latino households—which often lack access to family wealth—have dropped far more precipitously than those of non-Hispanic Whites or Asians. Hispanics, accounting for 42 percent of all California millennials, endure homeownership roughly half that seen in other parts of the country.

This is not the planners’ happy future of density dwelling, transit-riding millennials but a present of overcrowding, the nation’s highest level of poverty and, inevitably, a continued drop in fertility in comparison to less regulated, and less costly, states such as Utah, Texas, and Tennessee that have been among those with the biggest surges in millennial migration.

Once identified with youth, California’s urban areas are now experiencing a significant decline in both their millennial and Xer populations. By the 2030s, large swaths of the state—particularly along the coast—could become geriatric belts, with an affluent older boomer population served by a largely minority servant class. How feudal!