We haven’t heard anything about short sale fraud in a while – here’s the latest:

Now You Step Up 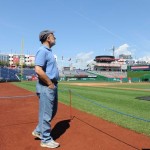 Now that he is has left the Fed and has written his book, Bernanke says more individuals should have gone to prison:

With publication of his memoir, The Courage to Act, on Tuesday by W.W. Norton & Co., Bernanke has some thoughts about what went right and what went wrong. For one thing, he says that more corporate executives should have gone to jail for their misdeeds. The Justice Department and other law-enforcement agencies focused on indicting or threatening to indict financial firms, he notes, “but it would have been my preference to have more investigation of individual action, since obviously everything what went wrong or was illegal was done by some individual, not by an abstract firm.”

Fannie Mae has been over-pricing their REOs by at least 10% since 2012, and have been getting away with it because buyers think that because it’s a foreclosure, they are getting a deal, and because Fannie provided ‘HomePath’ financing where no appraisal was required.

They instituted a seven-day First Look Program, where only the owner-occupying buyers were allowed to purchase, which helped to whip up the excitement in unsuspecting buyers, many of whom were purchasing their first home.

But in October, 2014, the HomePath financing was terminated, and apparently the REO portfolio needs to be goosed again.

Here the ‘new’ 20-day First Look Program is rolled out by our N.A.R. goons, and presented as a great new idea to help buyers and preserve neighborhoods.  But in reality, it’s extending the period that Fannie can take advantage of unsuspecting buyers:

From the San Jose Mercury News:

Harrison noted MLS Listings Inc. is, in fact, “the largest private listings club in Northern California,” with more than 16,000 subscribers/members who are qualified licensed brokers/agents and abide by rules of the National Association of Realtors and the California Association of Realtors. The MLS has agreements with other California MLSes to share property and listing information representing about 21 counties and more than 65,000 subscribers, so agents’ listings get the best exposure.

END_OF_DOCUMENT_TOKEN_TO_BE_REPLACED

In the spirit of fair play, this isn’t right.  But in a market where buyers get tired of losing, you can’t blame them for trying alternatives.  Agents should have a standard policy/strategy on how to handle the escalation clause – get good help!

From the Boston Globe:

Katrine and Stephen Campbell were up against stiff competition from 10 other bidders for the Reading home they wanted to buy. So the couple tried an aggressive strategy to give them an edge: Instead of making a specific offer, they promised to top whatever turned out to be the high bid by an additional $5,000.

The increasingly popular tactic, known as an escalation clause, worked. The Campbells bought the four-bedroom house late last year for $597,000 — or $18,000 above the original list price, including the extra $5,000.

“We must have looked at 50 places before making a bid on a house,” said Katrine Campbell. “We made only one offer — and we got it. The escalation clause gave us an edge.”

In a sign of how competitive the Boston-area housing market has become, the maneuver is becoming part of the area’s bidding war landscape, brokers and other real estate executives say. Some report there hasn’t been this much escalation clause activity since the last house-buying frenzy 10 years ago.

There are several kinds of escalation clauses, but all involve an agreement to top the high bid on a home by a set amount of money — often $5,000, and sometimes more.

Potential buyers who offer such arrangements usually insist on a brief amount of time, an hour or less, to follow through or to back out once a top bid has been established.

Skeptics say the clauses are potentially risky and a needless ploy that could backfire by alienating some sellers. It can also lead to disputes about whether buyers or sellers have complied with escalation clause terms, they say.

“It’s a tactic that’s not going to appeal to everyone,” said Peter Ruffini, a regional vice president at Jack Conway Realty in Norwell and president of the Massachusetts Association of Realtors.

“It sounds a little risky to me. It sounds sort of like issuing a blank check to sellers.”

END_OF_DOCUMENT_TOKEN_TO_BE_REPLACED

Received today from the National Association of Realtors:

NAR members recently received word that the U.S. Department of Housing & Urban Development would be implementing a new policy on Oct. 1, 2013, that would prevent dual agency agreements in FHA pre-foreclosure transactions.

The National Association of REALTORS® immediately began talks with HUD officials on the proposed change. On Wednesday afternoon HUD officials reported to NAR that they would reissue the July Mortgagee Letter (#2013-23) and remove all dual agency language (Part Three of the PFS Participation Requirements).

The result is that the dual agency policy will not be implemented on Oct. 1, allowing NAR to continue the dialogue with agency officials on a formal solution to the dual agency issue.

HUD had proposed the policy change in response to fraud and abuse detected by the HUD Inspector General in the pre-foreclosure sales process.

NAR, working with state and local association presidents, sent a letter to HUD highlighting the concerns about the policy and the disruptive effect its implementation would have on communities across the nation.

The NAR has applied their considerable political weight to stall the implementation, summarized in the linked letter.  It’s a real hoot, scoring high on the David Lereah Comedy Scale:

1.  It quickly dives into the standard NAR blast:  “NAR takes fraud very seriously. Our members adhere to a strict code of ethics.”

2.  He then plays the naive’ card: “One-hundred years after its adoption, the Code of Ethics continues to be what sets us apart as REALTORS.  If there is evidence of fraud by our membership, we would like to be a part of an effort to develop policies that effectively address these issues.”

Come on, Gary – everyone has known about the rampant short-sale fraud for years, and N.A.R. has done NOTHING to stop it.  Now you are going to play stupid, and forge some phony-baloney compromise with HUD?

All national, state, and local associations, as well as every broker charged with supervising realtors, should take immediate action to stop short-sale fraud.  If we don’t, somebody else will.

The State of California has already been cracking down on real estate “teams” or “groups” (click HERE), now New York has objected to the phony-baloney titles used by realtors.

Hat tip to Sol for sending this in from the nytimes:

Tens of thousands of real estate agents and brokers around New York were stripped of their corporate titles this year – senior vice president, managing director and the like – after the New York Department of State, which issues real estate licenses, said the use of corporate honorifics without any actual corporate duties was, in fact, illegal.

That legal opinion swept aside the days when a vice president and managing director of a large firm, like Mr. Dietrich, would take the time to help you sell a $419,000 one-bedroom apartment.

Since the State Department’s opinion was released in April — in response to a clarification request from the Real Estate Board of New York — countless stacks of business cards and brochures have been dumped in the trash, and Web sites have been scrubbed clean of titles by agents eager to avoid fines of up to $1,000 per violation.

“There was a fair amount of hysteria,” said Harriet Kaufman, a broker at Warburg Realty, and once upon a time, a senior managing director.

END_OF_DOCUMENT_TOKEN_TO_BE_REPLACED

The Manti Te’o hoax exposes how journalists rush to publish a story.  The public has come to accept the shallow, TMZ-type sensationalism, and rarely do you see any in-depth examinations of topics that deserve such.

Here are real estate topics that should get more attention, and be examined regularly – who knows, the resulting stories might be sensational too!

1. Banks Not Foreclosing – Every day we see the media claiming that foreclosure counts are dropping, but they don’t ask why – they just assume it’s because people are making their payments.  Have you heard any reporter ask whether the banks have just stopped foreclosing, and letting defaulters live for free?

2. Prices Going Up – When the median sales price is adjusted, everybody assumes that means “prices are going up”, and reporters leave it at that. There is no other discussion.

3. Short-Sale Fraud – Lenders (and taxpayers) are being defrauded of millions of dollars every day by realtors – has anybody looked into this?  If you walked into a bank and tried to steal money, you’d go to jail – but in real estate, not only is nobody going to jail, but it is a practice that is encouraged by everyone in the industry.

4.  The 6% Myth – It would be really helpful to examine how the commission rate relates to the service provided – a reporter would find very little connection.

5.  Angelo Mozilo – How does this guy exist without the media chasing him around like a Kardashian?  It was Countrywide’s standard policy FOR YEARS to fund loans with NO documentation as long as he buyer had a decent credit score and a 10% down payment.   We saw towards the end how he was selling $17 million in Countrywide stock every five days, all while talking up the company.   Yet he lives in obscurity, playing golf every day.

We as consumers don’t demand much, if anything, from the media – thus, they are beholden to advertisers and ratings.  Think of the ratings if there were in-depth stories published about topics that affect people every day – or you could ask deadspin about theirs!

Those paying attention are seeing realtors continuing to commit short-sale fraud, and about the only hope for it to end is for short sales themselves to run out of steam.  If the debt-tax relief doesn’t get extended (unlikely but possible) and those underwater sense an appreciating-market, we could see short sales go away.

This was one failed attempt – the realtor initially priced this short-sale listing at $475,000, only to raise it to $627,000 once his phone lit up like a Christmas tree.

The mortgage industry has been slow to react, but this article (free w/registration) mentions one paragraph of hope too:

Another developing practice is to look for pricing patterns with realtors. One red flag is when certain Realtors are consistently involved in transactions for properties that sell well below market value. This can indicate that the realtor is providing below-market-value BPOs to influence the asking price.

Could we be done with short sales in the next year or so?

On the tax rolls, it looks like they facilitated a short sale without having to put the house on the open market – there were no previous listings in the MLS: