More on the Silver Tsunami 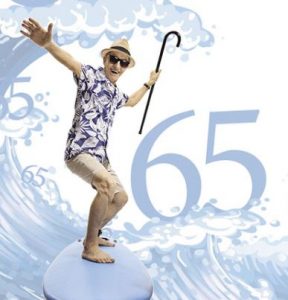 Homes that are walking distance to excellent schools and/or a retail center (with a Starbucks) will probably do fine – even if they need a little work.  Homes out in the boondocks will have more of a struggle.

In a recent column by the Union-Tribune’s Michael Smolens, he discussed the idea of a “silver tsunami” of baby boomers leaving their homes in the coming years. He said this could raise questions about proposals to increase housing production, even imagining an over supply of housing.

Q: Does the “Silver Tsunami” of baby boomer homes mean concerns of a California housing shortage have been overblown?

NO: The concerns are not overblown! The average baby boomer is just over 60 years old and not moving out so quickly. San Diego is not likely to be impacted anytime soon as it was recently ranked No. 8 in the nation for start-ups by Inc. magazine. There is a real need for affordable, detached housing for working adults who are millennials or Generation Z.

NO: The exodus of baby boomers from housing in the middle, Florida and northern states will help soften those markets for the next generation, but these markets are already affordable. East coast markets won’t appreciate as fast, but California markets will be immune to such benefits, as Prop 13 keeps many of our residents cemented in place. California tax rates and SALT (state and local tax) limits will have more impact on possible softening of our appreciation rates as negative migration continues.

NO: It may provide some relief to areas of the country where retirees are most concentrated (think Florida or Arizona) or cities where there is a predominant number of older citizens (for example, Pittsburgh or Cleveland). The Silver Tsunami will not be immediate but will be more gradual over a long period of time. While coastal cities in California continue to appeal to potential homeowners of all ages, housing costs should remain a high barrier to entry for the foreseeable future.

NO: While the release of homes by baby boomers may help ease the affordability problem, the process will be gradual. Although some baby boomers may leave the state, most will probably stay. There could be a problem in terms of the mix of housing as some baby boomers downsize and compete for the same smaller housing millennials are seeking. In the short-term, however, builders, not boomers, will be the answer to the state’s housing crisis.

NO: The housing shortage in California is real. While there certainly will be many homes up for sale by baby boomers over the next decade, that does not mean the prices will drop nor the supply increase. Most baby boomers will merely be replacing one home for another. So, unless there is a significant decline in the state’s population, the housing shortage will continue. And the shortage will continue to be exacerbated by over-regulation and high taxes — neither of which appears to be going away anytime soon.

NO: There is always significant turnover in housing as residents continuously change homes. The gamut of reasons to change include relocating to better housing, downsizing, moving away or dying. Even as California’s growth dwindles, the population continues to increase. An even larger “tsunami” of the millennial population’s pent-up demand, as well as foreign immigration, will continue to emerge. California’s housing supply still far lags housing demand of an expanding population, although desired optimal home types may vary.

NO: Boomers are not likely to make way for millennials. Many cannot move because the housing shortage presents few alternative choices in San Diego to either downsize or change lifestyles. Many will opt to age in place. The housing shortage is real and affects everyone. In fact, rising home values, which are fueled by the housing shortage, contribute to this inertia, because moving often triggers financial disincentives including capital gains taxes and higher property taxes.

NO: Retirees selling their homes may help alleviate the housing shortage but far from resolves the problem. We should continue to take action to address the climbing prices rather than rely on unproven predictions. The reported effect will be felt harshest in regions with negative migration. San Diego continues to be a desirable and growing region that must proactively confront housing affordability, homelessness, and cost-of-living increases.

NO: Demographics and the number of people wanting homes are ultimately the main driver of house prices. But the aging population is a trend that is going to evolve very slowly. The reality right now is that housing is quite expensive in California generally and in San Diego in particular. I think it is likely to stay that way for some time.

NO: Boomers selling their homes over the next two decades will do little to address the near-term shortage. Given the financial incentives in California for boomers to age in place rather than downsize, it may be years before enough homes are put up for sale to make a dent in the housing shortage. Moreover, the population will continue to grow and young buyers may not even want the types of homes that boomers now own.

NO: My son Trevor and his wife Megan are perfect examples of millennials who are now house hunting in areas of San Diego, while currently loving living in Little Italy. They want a walkable community with good schools for their children. While boomers have historically enjoyed suburban living, they are missing the urban vibes that many young buyers are looking for.

NO: The “silver tsunami” will increase the supply of homes in states and regions with large retiree populations. California, in general, and coastal California, in particular, do not fit into that category. More supply will probably be generated by people moving out of the state to retire in less expensive areas. But people who are retiring likely have bigger and more expensive homes that don’t fit the needs of first time home buyers, so that won’t help much either.