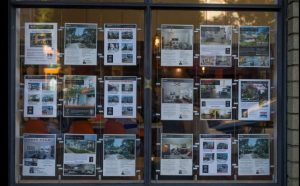 Thanks to reader Just Some Guy for sending in this article from last week – and who wondered why more people don’t live here and commute to the Bay Area?

Buyers like off-market listings because it lessens the competition. All agents have to do is convince sellers.

After five-plus years of aggressively putting money away in savings, Jason Baker and his wife recently accomplished the seemingly impossible and purchased a four-bedroom house in a high-performing school district in the Bay Area.

The process to find a home base for their growing family took three months. They considered both the East Bay and North Bay and quickly learned the competition is tough in communities with desirable schools such as Lafayette and Mill Valley.

The couple made offers on four houses that they didn’t get, before finally uncovering an unlisted home in Marin County and making an offer that was accepted.

Open houses at properties that were affordable by the Bay Area’s crazy standards were mob scenes.

“When you went to a house and there was a crowd, you just set your expectations to know you’re not going to get the house,” Baker said. “When there were a lot of people, you knew the odds were high someone is going to make a really high offer.”

Through this ordeal, Baker got an inside look at the buyer’s side of the Bay Area’s real estate market and below he shares what he learned.

1. Listing prices are just “marketing” prices. In a region where homes frequently sell for well over asking and agents often list homes with low prices to encourage bidding wars, you can’t trust that a listing price reflects a home’s value. Buyers can find the true value of a home by looking at recent comps, said Baker. “Redfin and Zillow do an OK job of estimating these,” he says. “One of the problems is there is so little turnover in good school districts that there may only be two or three comps in the last one or two years.”

2. Money wins over everything. Love letters to the sellers are nice, but moot within the Bay Area’s market of high price points. “Unless your bid is significantly higher than the second place bid (more than $50,000), expect the seller to ask you to go into a bidding war,” he shared.

3. Forget about contingencies. “We lost a bid on a house that had no inspection report in its disclosures packet, very rare for the Bay Area,” said Baker. “The seller was not willing to accept any offers with an inspection contingency, and there was water in the basement.”

4. All-cash offers win. If you want the slight edge of all-cash, and you don’t have it, Baker suggested a service called Flyhomes that makes all-cash offers on your behalf.  “They buy the house, then sell it to you immediately after closing with a traditional mortgage,” he said. “Ultimately we did not end up buying with them, because they don’t have knowledge of Marin like they do San Francisco and the East Bay, but I would recommend them if you were looking there.” They act as the buyers agent, and their fee is paid by the seller.

6. The price point where the crowds thin out at open houses is about $1.5 million. Priced below that, hordes of people will go to the open house. Above that, it’s more like one or two dozen families.

7. Look for unlisted homes. Try to find a well-connected agent who has knowledge of upcoming listings, and use sites like aaltohomes.com to find unlisted properties, advised Baker. “Some sellers don’t want to deal with listing on the MLS or open houses,” he said. “The house we bought was unlisted, and there was only one family bidding against us instead of six.”

8. Get fully underwritten by your lender, not just pre-approved. “Many houses go on/off the market in a matter of days, so you’ll want a letter ready to go in your offer packet with the bank saying ‘Yes, we are prepared to loan them the money,'” Baker shared.

9. You will most likely lose your first offer, and it will crush you. “It will be sadness on the level of a pet dying,” he said. “Try to remember the family that just outbid you is no longer in the market, and you just moved up a spot.”