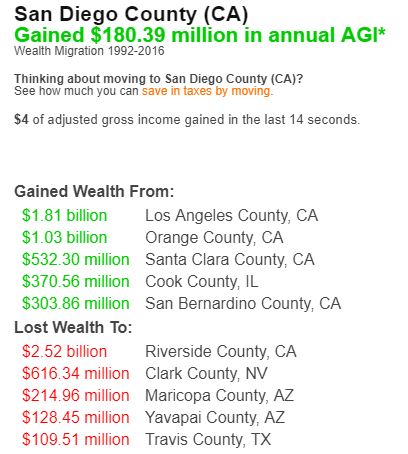 This website charts migration according to the IRS reports, based on incomes:

Folks from wealthier counties love to come here because the real estate prices look so attractive. We’re getting more affluent!

Twice as much money leaving San Diego is going just over the county line to Temecula, etc. than the other four counties combined.

Not surprising to hear that Las Vegas, Phoenix, Prescott, and Austin are the top out-of-state destinations!