San Diego is #1 for Price Reductions?

by Jim the Realtor | Nov 26, 2018 | Jim's Take on the Market, Market Conditions, Slowdown, Why You Should Hire Jim as your Buyer's Agent, Why You Should List With Jim | 4 comments 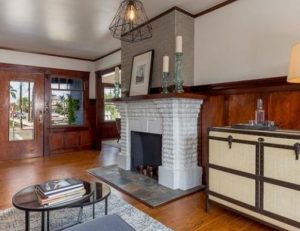 The local birdcage liner has an article on price reductions, and mentions that San Diego leads the nation this year.  This is how they introduced it:

This isn’t a sign that the bottom is falling out of the market. Instead, after years of rapid price increases, experts say the market is becoming more stable and for the first time in quite a long time, it is shifting in favor of buyers.

That shift is most evident when you look at the number of times sellers have reduced prices. The share of home listings with a price cut grew to its highest level in at least eight years, says a recent analysis from Trulia. San Diego had the most reductions — 20.5 percent — of the 100 biggest metro areas in the United States so far this year. (It tied with Tampa, which also saw 20.5 percent of homes with a price cut.)

Listing agent April Khamphasouk said the tough thing about selling the house at 2873 Upas St. is that it is basically two homes in one (the property is 1,698-square-feet and has a guest suite above the garage).

She first listed the home for $1.1 million in early October. By mid-October, the price was lowered by $19,000. There were three more price reductions and by Nov.12, the asking price for the home had decreased by $55,900. It is still on the market.

Khamphasouk said the recent price reduction seemed to be greatly increasing interest. Still, she said a lot of the issues in the past month have been related to rising mortgage interest rates.

No mention was made about the Upas property selling for $775,000 in May.  The Terra Cotta house just had a model-match sell for $415,000 nearby, and the Florida St. condo is on the corner of El Cajon Blvd. and next to a paint store.  If these homes represent the types of properties that need to lower their price, then the shock is that only 20% needed a price reduction.

The real news was that nearly 80% of the listings didn’t lower their price!