by Jim the Realtor | Oct 2, 2018 | Jim's Take on the Market, Realtor, Realtors Talking Shop, Why You Should Hire Jim as your Buyer's Agent, Why You Should List With Jim | 5 comments

Below is the evidence put forth by a Bay Area realtor to show two things:

In the beginning, zestimates were thought to be wildly inaccurate, and dismissed. But now that portals have been around this long, are consumers putting too much trust into the data received? It appears so.

Are buyers satisfied with internet values now?  Are they subconsciously thinking that the estimates are close enough AND that everyone else does too?

Will future home values be determined by internet traffic?

This is a home I sold earlier this year.

This screenshot was taken a few minutes before I put it on the MLS. 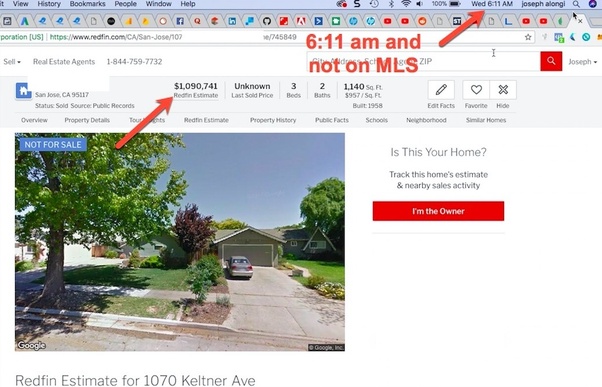 This screenshot was taken a few minutes after I put it on the MLS. 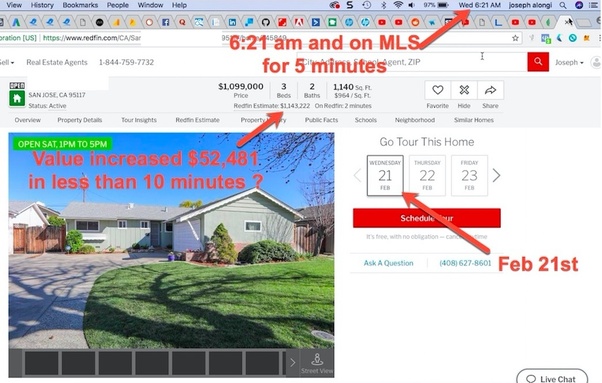 And this screenshot was taken about 48 hours later. 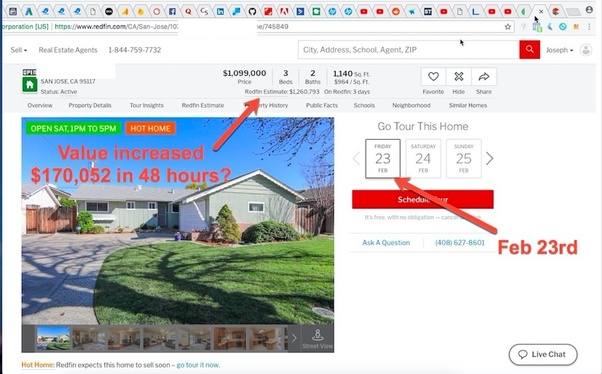 Before I tell you what this sold for, let me share another example.

I was working with a buyer client about 1.5 years ago.

They were looking in a few specific Silicon Valley neighborhoods and a home in one of these areas came on the market on a Wednesday.

The neighborhood was very desirable and the pictures were amazing.

Any buyer looking on Redfin and at the property details page for this listing would be spending a lot of time on there.

Knowing the neighborhood and market activity, the home was priced right.

My client was a senior research engineer with a P.h.D from Stanford at one of the big tech companies in Silicon Valley.

He crunches numbers and writes algorithms all day.

I told him my hypothesis about the Redfin estimate.

He said let’s use this property as an example and see what happens.

We went to visit the property that same morning.

The house was amazing.

Except for one thing…

It had one of the worst layouts I’ve seen in my entire life.

Every single room was closed off and the house was like a maze.

This is a major turnoff for many buyers.

Everything else about the property was great, so they wanted to write an offer.

I told them that because the Redfin estimate will probably increase over the next 72 hours, let’s try and submit an offer ASAP.

So, the next day we did.

It was their absolute highest and it was a very strong offer.

Similar comps sold at that same price with better layouts.

The listing agent thanked me for the offer but said that the seller wanted to wait until after the first weekend’s open house.

So, my client and I checked the Redfin estimate the next day.

To no surprise, it went pending the week after it went on the market.

We waited until it sold so that we can find out the final sales price. 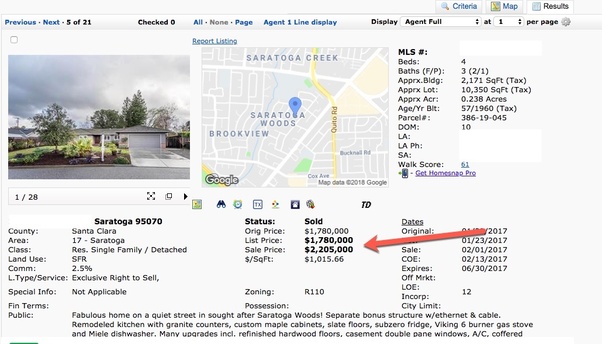 Can you guess what the first home sold for? 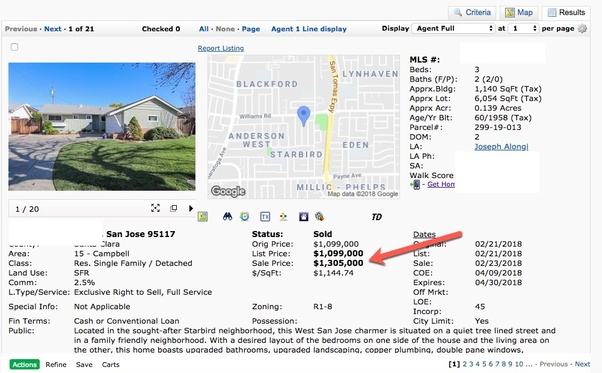 The seller was shocked.

A short time after I started, I noticed a big change…

Their estimate would make an immediate adjustment after the home went on the market and another two or three within the first 48–72 hours.

Redfin admits that they factor in the list price into their estimate when the home hits the market (Zillow started to copy this approach).

I’ve noticed the second big adjustment seems to be based on numerous factors. I think these include things like how much time a user spends on the property details page, how many times the photos get scrolled through, how many favorites, shares, etc, etc.

They compare this user activity to other nearby homes for sale within the first 48–72 hours. If a home has x % more than the average, then they’ll call it a “hot home” and guestimate how many days it will take to sell.

Why do they do this?

And this is only my opinion.

I have no evidence to back any of this up.

Redfin is a brokerage.

A majority of their revenue is generated by getting paid a commission when representing a home buyer.

About 4–5 years ago the market started to go crazy.

There were multiple offers on homes and they were selling much higher than the asking price.

Now pretend you were a Redfin buyer back then…

You visit the first-weekend open house.

The Redfin estimate says $1,125,000 and stays in this range the entire time it’s on the market.

Your Redfin agent suggests that you write an offer around this price.

You question them and ask, “Why would I write an offer in this price range when the Redfin estimate says $1,125,000?”

Here’s the thing (and the problem)…

I think Redfin figured this out a little more than a few years ago.

They adjusted their algorithm to fix this “issue”.  They came to the conclusion that they can “predict” what a home might sell for by the user activity on the property details page of a listing.

There are two problems with this:

First, any online estimate cannot give you an accurate value – including Redfin and Zillow.

A home is only worth what someone is willing to pay for it, but if you know how to conduct a proper analysis and factor in the required attributes, then more often than not you can get pretty close to what the home will sell for.

Redfin and every other online estimate cannot get all of the required attributes necessary to get the most accurate value.  I will not mention all of these, but some of the common ones include condition and layout.

Some of the requirements/parameters they include in their algorithm are wrong.

Redfin has the best UI/UX and data for a real estate search site/app.  It’s not even close. They have leaped Zillow and everyone else.

Why is this a problem?

Because the majority of buyers in the metro areas in the U.S. use Redfin…

Rely on their estimate when writing an offer.

What happens when two or more buyers who factor in the Redfin estimate make an offer on a property?

They’ve had a major influence on home prices over the last several years and nobody talks about it.

I’m not saying they are the cause, but I think they definitely added fuel to the fire.

Ask any buyer who uses Redfin to search for homes if they consider the Redfin estimate when making an offer.

If you want an accurate home value, a professional’s opinion needs to be factored in.

Someone who knows which attributes and requirements/conditions should be factored in for a specific property.

You don’t want the used car salesmen pitch that the majority of agents will give you.

This why many sellers and buyers don’t contact an agent until they absolutely have to.

Because of this, they put themselves in a situation where they can end up losing tens of thousands.

My buyer client who is a senior research engineer thought the same thing.