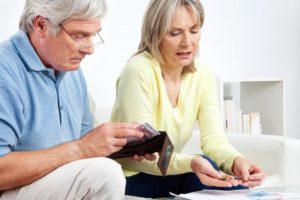 It’s just a matter of whether it will be a trickle or a flood:

The preference for baby boomers to age in place has been blamed in part for lower homeownership rates among millennials, who have been forced to compete for a smaller slice of available properties on the market. But now experts warn that even just a slight change in older homeowners’ attitudes could lead to a mass sell-off that would flood certain markets.

Focusing solely on the Washington, D.C. metropolitan area, researchers at George Mason University’s Stephen S. Fuller Institute point to the significant amount of empty-nesters living in properties that might be too large for their current needs. Using Census Bureau data, the team looked at the proportion of homeowners with “extra bedrooms” around the nation’s capital, defined as the number of bedrooms in excess of people who live at each property.

Even under the researchers’ “conservative” classifications — in which a married couple in a home with three bedrooms would be considered to have one extra, despite the likelihood that two of the three were unused — the results were striking. More than a quarter of all homeowners between 2014 and 2016 were in properties that had two extra bedrooms, which works out to more than 270,000 households with at least one resident aged 50 or older.

Though the George Mason team acknowledges that older Americans in the baby boom generation typically prefer to stay put in retirement instead of downsizing, they note that it wouldn’t take much of a mindset adjustment for the cohort to create a seismic effect in certain markets.

“The significant number of older homeowners in larger homes means that even a modest shift in preferences could have an outsized impact on the housing market,” the team wrote in their report, released earlier this month. “If even three percent of homeowners aged 50+ with two or more extra bedrooms decided to sell, an additional 8,210 homes would be put on the market — the equivalent of 12.4% of all the homes sold in the Near-In Washington region in 2017.”

That works out to a 5% to 10% increase in the available homes for sale in that particular area, which includes the District itself and surrounding suburban counties in Maryland and Virginia — an effect that could potentially depress home values.

Still, the researchers note that in the hot Washington, D.C. market, there’s a significant pool of eager buyers: George Mason found nearly 70,000 rental households where the head resident was younger than 50 and took in at least $150,000 per year, along with a significant crop of homeowners with no extra bedrooms who may be looking to expand into bigger properties.

“As a result, the near-term housing market has the potential to be more dynamic than in past years,” the team concludes. “Some longtime owners who wish to sell may have difficulty attaining the price gains they witnessed in their neighborhoods during recent years, when inventory was limited — especially if their neighborhood has a large number of longtime owners who put their homes on the market at once.”

Not everyone qualifies to deduct home-office expenses: Can you claim the home office tax deduction if you've been working remotely? Here's who qualifies https://www.marketwatch.com/story/can-you-claim-the-home-office-tax-deduction-if-youve-been-working-at-home-read-this-first-11613614136?reflink=mw_share_twitter

New post (Saturday Report) has been published on http://bubbleinfo.com - https://www.bubbleinfo.com/2021/03/07/saturday-report/