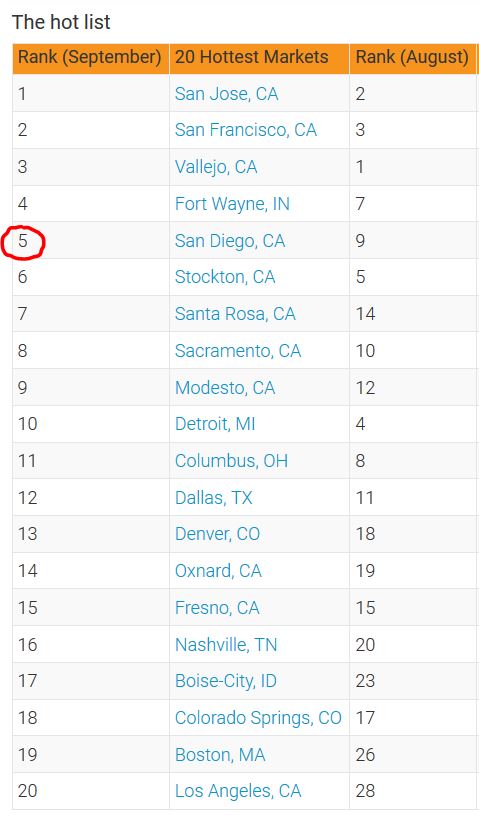 In such a tight market, buyers are running out of options, said realtor.com Chief Economist Danielle Hale.

“Days on market and the number of new listings coming to market are lower than we typically see in the fall season, while listing views per property continue to move higher,” she said in a statement.

We saw here that the inventory usually surges at this time of year.  But compared to previous Septembers, our selection is sparse at best: