No Chance of Bubble Bursting 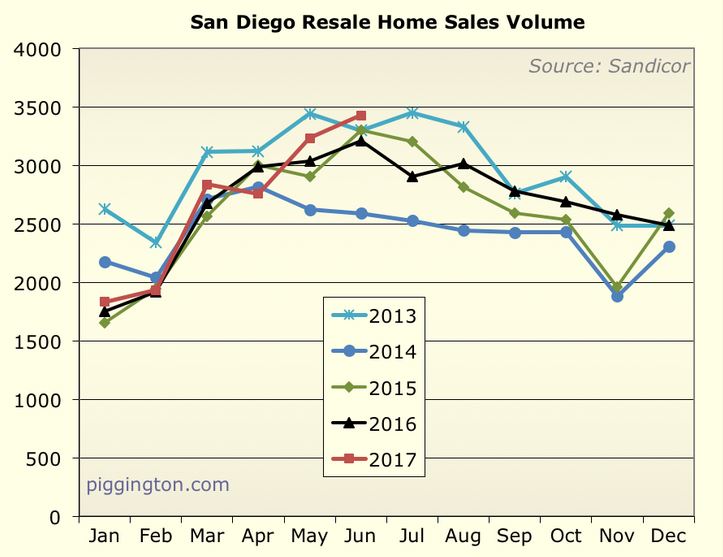 I was asked yesterday about the chances of the bubble bursting.

My answer was, “No chance”.

But these things run in cycles, and eventually won’t the market will cool off?

Yes…..some day…..and when it happens, our market will stagnate, rather than see prices decline.  Sellers would need to be desperate to sell for less, and there are too many other alternatives and stop-gaps in place now to prevent desperation.

A. Reverse mortgages – The H.U.D. backed down the loan-to-value last week, but for anyone who is 62 or older, the reverse mortgage will be a viable – though costly – alternative to selling and moving. The average borrower at current interest rates will be able to borrow roughly 58% of the value of their home, down from 64%, and allows them to take the equity out of the house through lump-sum withdrawals, regular payments, or a line of credit.  The loan does not need to be paid off until the borrower dies, sells the house, or moves.

What about the younger, working folks who don’t qualify for a reverse mortgage and could be impacted by the next recession?

B. The foreclosure rules have changed, and the banks would rather let you slide, than kick you to the curb.  Don’t feel like making your payments for months or years?  No problem, just send in what you can, and they will kick around your loan-mod application until things get better.

C. Discount your price 20% to 30%, and a flipper will cash you out in a week.  But that doesn’t tank prices, because the flipper will apply some lipstick and sell it for retail in the next 2-3 months, keeping the neighborhood values afloat.  Could flippers get stuck with some dogs?  Yes, but they are flush and full of ego – how many do you see already who just keep re-freshing their listing at the same price, and holding out for those six-figure gains?  Plenty.

D.  There are thousands of realtors who will take your listing at any price and hope for the best.  This is how the market will go stagnant – and Rancho Santa Fe is the example, where today there are 213 houses for sale.  They just wait for someone to come around and pay the seller’s price.

The best reason of all for why our housing market won’t burst are the high rents.  If the next recession hits hard, and distressed homeowners think about cashing out, they need to leave town to make it worth it.  If they want to stay in the same neighborhood, the rents are so high that it makes more sense to stay put.  Remember how the layoffs at Qualcomm caused a big concern around Carmel Valley?  Yet prices haven’t tanked – and the 92130 has 85 active listings and 61 pendings today.

Everyone who financed a purchase in the last few years had to qualify through strict guidelines, and, as a result, the affluent have ruled the market.  They won’t get the jitters if the ride gets bumpy; no, they are in for the long haul.

Stagnant City is the worst that will happen.