Housing Crisis Due to Flippers 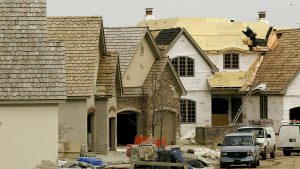 We saw this happen in Bressi Ranch when Jenae and Company went on their 100% financing spree. Her victims weren’t deadbeats – instead, they had good credit scores and other assets, and they were just duped into the get-rich-quick scheme.  When it didn’t pan out, they dumped everything.

The grim tale of America’s “subprime mortgage crisis” delivers one of those stinging moral slaps that Americans seem to favor in their histories. Poor people were reckless and stupid, banks got greedy. Layer in some Wall Street dark arts, and there you have it: a global financial crisis.

Dark arts notwithstanding, that’s not what really happened, though.

Mounting evidence suggests that the notion that the 2007 crash happened because people with shoddy credit borrowed to buy houses they couldn’t afford is just plain wrong. The latest comes in a new NBER working paper arguing that it was wealthy or middle-class house-flipping speculators who blew up the bubble to cataclysmic proportions, and then wrecked local housing markets when they defaulted en masse.

Analyzing a huge dataset of anonymous credit scores from Equifax, a credit reporting bureau, the economists—Stefania Albanesi of the University of Pittsburgh, the University of Geneva’s Giacomo De Giorgi, and Jaromir Nosal of Boston College—found that the biggest growth of mortgage debt during the housing boom came from those with credit scores in the middle and top of the credit score distribution—and that these borrowers accounted for a disproportionate share of defaults.

As for those with low credit scores—the “subprime” borrowers who supposedly caused the crisis—their borrowing stayed virtually constant throughout the boom. And while it’s true that these types of borrowers usually default at relatively higher rates, they didn’t after the 2007 housing collapse. The lowest quartile in the credit score distribution accounted for 70% of foreclosures during the boom years, falling to just 35% during the crisis.

So why were relatively wealthier folks borrowing so much?

Recall that back then the mantra was that housing prices would keep rising forever. Since owning a home is one of the best ways to build wealth in America, most of those with sterling credit already did. Low rates encouraged some of them to parlay their credit pedigree and growing existing home value into mortgages for additional homes. Some of these were long-term purchases (e.g. vacation homes, homes held for rental income). But as a Federal Reserve Bank of New York report from 2011 reveals (pdf, p.26), an increasing share bought with the aim to “flip” the home a few months or years later for a tidy profit.