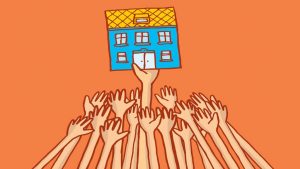 The only thing harder than getting a listing is helping buyers win a house.

Last week I mentioned how there still isn’t any uniform process to sell a residential resale home – it is the wild wild west!  Even when a listing agent tells you what they are going to do to you, it is always subject to change!

We found this fantastic video by a Colorado guy who outlines the best ways to handle a bidding war.  Because I know that hardly any agents actually have a bidding-war strategy beyond spreading out the offers on the dining-room table, I have since been sending the video along with my offers.  Because the video is done by a third-party guy, hopefully it is viewed as a powerful new solution by agents who tend to think they know it all just because they’ve sold a few houses in their life.

Here are my results:

Wouldn’t every party be better served if there was a uniform process?

Wouldn’t a live auction be the best solution for sellers and buyers?  It would take all the uncertainty out of the equation, and allow all bidders to compete face-to-face, and be driven by the animal spirits to pay what it took to win!

A side note, and fourth example: Buyers who are moving here from out-of-state put their current multi-million-dollar home on the market last week in a town that has had a similar frenzy environment as San Diego.  They were impressed with the immediate buyer traffic, and on Sunday an agent reported that he had a buyer who wanted to make an offer.  He, like me and every other buyer’s agent, was inquiring how the listing agent was going to handle the process, to which she responded, “We’ll be reviewing all offers on Wednesday”.  The buyer didn’t like that response, and went away. Here we are on Thursday, and no offers have been received.

While I need to keep getting listings just to maintain my own sanity, I will always have time for buyers who are blog readers here!  Congrats to our frequent commenter Eddie89!  We made offers on five houses before finally succeeding on the sixth.  We offered 9% under list price – a daring low offer on a new listing – and when the sellers countered 3% below list it was close enough – we’re in escrow!