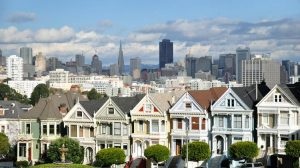 A pair of married software engineers hooked up with real estate agent Tim Gullicksen about six months ago in pursuit of their dream home.

After taking time to peruse the market, the couple found a multimillion-dollar single-family home in San Francisco that they loved. In January, they wrote an offer letter to the seller, complete with an attached photo of the young family, and squared away their finances.

In early February, the couple told Gullicksen they would no longer place a bid. They planned to take a three-week vacation in their native country of India, and decided they couldn’t risk buying a house if President Donald Trump’s administration wouldn’t let them back into the US. (While no such restriction exists, they worry the new administration might change its mind.) They declined to speak with Business Insider directly for fear of retribution from the government.

San Francisco is one of the most competitive housing markets in the US, with a median listing price that tops $1.1 million. But foreign-born tech workers, who often commute to Silicon Valley, are starting to back out of buying property because they worry about an escalating crackdown on immigration under Trump, according to some real estate agents.

More than 100,000 visas have been revoked since an executive order issued on January 27 temporarily banned citizens of seven majority-Muslim countries from entering the US. Real estate agents in the Bay Area tell Business Insider they started to hear rumblings among prospective buyers in late January, after Trump signed off on the immigration ban. The topic came up in company meetings, private emails, and closed groups for realtors on Facebook.

Nina Hatvany, a luxury realtor with Pacific Union International, sold more houses in terms of sales volume — $216 million — than any other agent in San Francisco last year. Hatvany tells Business Insider she frequently takes on clients who originated outside the US.

“I often have conversations, ‘Is this a good place to put my money?’ Absent earthquakes, it is,” Hatvany says. “[The San Francisco Bay Area] has certainly shown tremendous appreciation, and it’s a wonderful place to live. …If people start to worry about whether they’re going to be able to get into the country when they come home from vacation, that could change.”

Dylan Hunter, a real estate agent with Pacific Union International, said he hasn’t had a client “pull the red cord” yet, but he knows immigration reform is a concern for some. He’s working with a couple based in San Francisco — one is an investment banker, the other works at Google — who are in the market for a $2 million single-family home. Their relatives in India are worried the couple will never be able to visit, and vice versa.

One ripple effect of the Trump administration’s policies might be a downturn in the Bay Area’s housing market. Karen Yang, a real estate agent with Fling Yang & Associates, says that if H-1B visa holders (a type of visa that allows US companies to bring in foreign professionals with specialized skills) disappear from the marketplace, a sudden lack of competition could drive down the price of a single-family home in the city.

Most real estate agents we spoke with, however, said their clients should not be directly impacted by the travel ban (at least for now).

Jackie Cuneo, a senior loan officer at mortgage lender Summit Funding, tells Business Insider that so long as H-1B visa holders have a Social Security number, a US address, more than one year left on their visa, and a financial footprint established in the US, they’re treated like citizens.

It’s unclear how Trump’s travel ban could affect these standards, and if the rules vary for H-1B carriers who originated from one of the seven countries named in the executive order.  It also appears Trump will go after the H-1B visa directly in an attempt to open up more jobs for American workers, according to a leaked draft of a new executive order.

In the hypothetical situation that an immigrant worker gets their H-1B visa revoked shortly after buying a house, they would have to pay between 6% and 7% of the home value in closing costs and transfer tax, a one-time fee imposed on the owner when a property changes hands.

Trump’s immigration ban sent shockwaves throughout the Bay Area, where technology companies rely on an international talent pool. At Facebook, more than 15% of US employees in 2016 worked for the social giant under a temporary work visa.

Gullicksen, the real estate agent whose clients backpedaled because they have a vacation coming up, said the “What if?” question is ultimately what cost him the sale.

“We were just about to submit an offer that was due … today, actually,” Gullicksen said. “A couple days ago, they said, ‘We loved that house but we’re really nervous about spending that much money and maybe not staying here.”‘

Real estate agents will be keeping a close eye on what happens next.