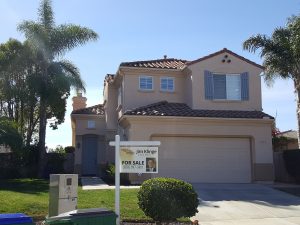 We received 16 written offers on the Bluff Ct. property – here are notes:

Five agents were from the LA/OC area.  Because their MLS (CRMLS) covers most of the rest of Southern California, they were used to traveling to sell a house.  San Diego home sellers want these LA/OC buyers to come here, because our prices look cheap to them.

The first three offers were all below list price. When it came time for the highest-and-best round, all three withdrew.  I would have thought that the first offers submitted would be from the most motivated buyers?

The average down payment was 33%.  There was one cash offer, and four that had less than a 20% down payment.

Five of the financed offers didn’t include a pre-qual letter.

Five buyers increased their offer during the highest-and-best round, by an average of $21,000.

My youtube video of the home’s defects is up to 335 views!