“The Market Is Not What It Was” 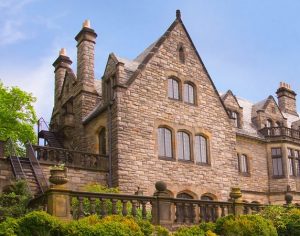 All that matters is what home buyers take away from stories like this.  The gist here is the same as what we’ve been seeing – the unique, well-located properties are holding up, but in areas where there are several regular homes for sale, the first one out wins.

It’s essential for real estate agents to understand the current marketplace so they can get the best deal for their clients. And after years of watching the market favor sellers, many agents say they’ve seen a recent shift that has affected luxury property sales across the globe: We’ve entered a buyer’s market.

Jed Garfield, president of Leslie J. Garfield & Co., a New York–based brokerage that focuses on town houses, said he saw signs of this trend in late 2015, when properties that were listed at a fair market price didn’t sell. But recently, the impact has been dramatic. For example, a town house on East 70th Street between Park and Lexington avenues that was bought for $31 million in 2013, re-listed for $32.5 million a year and a half ago—and then dropped down to $22 million three months ago.

“The market is not what it was,” Garfield said. There’s an expectation that real estate prices will rise 3% to 5% each year, he added, but buyers won’t stand for that anymore. “You’d be very hard-pressed to find anybody who would pay more than 2015 prices today,” he added.

In Brooklyn, Compass agent Jay Heiselmann said he’s seen this shift play out as buyers looking for a $3 million-to-$5 million multifamily home have become pickier and more interested in negotiating than in years past. “People used to go and see everything that was on the market,” he said, but that’s no longer the case.

Dolly Lenz, of Manhattan-based Dolly Lenz Real Estate, said she has seen this shift affect the way agents are treated. As recently as a year ago, new agents who tried to get clients an appointment to see a top-tier new development in Midtown would be turned away, Lenz said. But now, not only is everyone getting appointments, they’re also being enticed to bring clients in with promises of extra commissions, “Hamilton” tickets, trips or cars if they make the sale.

“That is a sure sign of a very big shift to a buyer’s market,” she said.

In these cases, interested buyers should negotiate hard, according to Lenz. And that advice holds not just for luxury real estate in the New York market but also for those also in other U.S. cities like Miami and San Francisco, where there’s an excess of high-end, new and often similar inventory.

When it comes to the global market, Dubai has definitely converted to a buyer’s market, despite having “gorgeous architecture and beautiful properties,” because developers built too much too quickly, according to Lenz.

In the U.K. and Europe, the situation also largely benefits buyers, though the landscape is a bit more complicated. While buyers—specifically dollar-based buyers—automatically get a post-Brexit currency advantage in prime London, many still expect an additional 8% to 12% discount, said Gary Hersham, principal at London-based Beauchamp Estates. In this case, many sellers are opting to wait rather than make a deal.

“They think the pound is going to strengthen,” Hersham said. “They’re waiting for their values.”

Amid this shift, “there are still pockets everywhere that are holding firm,” Lenz said.

Manhattan’s West Village is an example—a mini-market where inventory is scarce and there aren’t many new developments or conversion projects, according to Lenz. This has kept competition stiff and prices high.

Prime Beverly Hills has also been immune to big price cuts, Lenz added, as have cities like Melbourne and Sydney in Australia, where Chinese purchasers have been known to buy up an entire building in a day.

“It all comes down to this being a supply-and-demand story,” Lenz said. “If you have a prime property in a great location—something that’s irreplaceable or a trophy property—it is still a very strong market.”