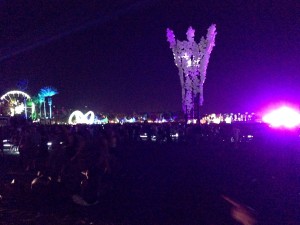 More in our series of how real estate markets are faring around the world.  I chose this report because of the realtor quote that the market is ‘in a bit of a slump’, resulting from a 15% shift in demand?  Markets could be that sensitive!

Our market doesn’t seem to be having any price declines or ‘slump’, but our NSDCC inventory priced above $1,400,000 is up 26% year-over-year, like mentioned below.

PALM SPRINGS, Calif. — Canadians are no longer flocking to California’s sunny Coachella Valley to buy homes since their currency has weakened, and many are putting properties they own up for sale, real estate experts said.

The move coincides with a decline in the Canadian dollar since oil prices have plummeted, the Desert Sun newspaper reported on Saturday.

After the U.S. housing market crashed in 2007, the Canadian dollar achieved parity with the U.S. dollar, prompting many Canadians to swoop up properties in the region.

Even as the U.S. economy recovered, Canadians still made up at least 15 per cent of homebuyers in California’s Coachella Valley, said David Emerson, a local real estate agent.

Now, home prices have fallen in the region, and the number of homes for sale has jumped. Inventory rose by about 25 per cent over the last year, according to the California Desert Association of Realtors.

“Our Canadian buyers are not buying,” Kelly Trembley, a realtor with Bennion Deville Homes, told the newspaper. “This was the perfect storm for the desert, and that’s why our real estate right now is in a bit of a slump.”

If the Canadian dollar strengthens down the road, however, Brian Pahl said he hasn’t ruled out another purchase.

“With the Canadian dollar being as low as it is, it pays to sell the home and pay the capital gains (tax),” he said. “We can buy again in two years.”