Though we have reverse mortgages available, you can’t help but think we’ll be enduring a baby-boomer housing liquidation sales event over the next 10-20 years.  I think it’s already underway, and disguised as those wanting to “downsize and travel a bit”.

Hat tip to daytrip for sending this in from Wells:

Saving for retirement is a formidable challenge for middle-class Americans, with 34% not currently contributing anything to a 401(k), an IRA or other retirement savings vehicle, according to the fifth annual Wells Fargo Middle-Class Retirement study. 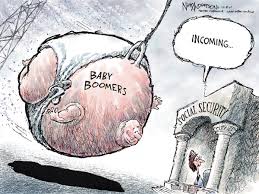