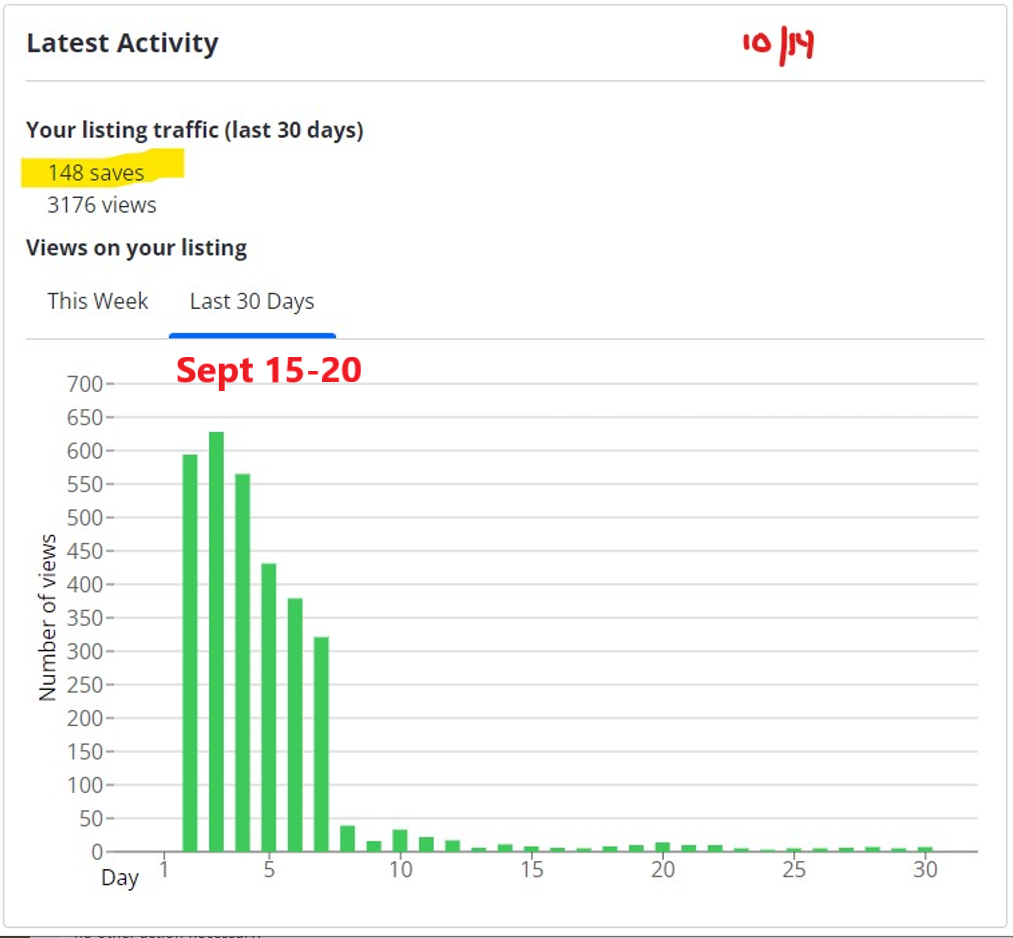 Previously I told the story of how the home inspector’s lack of bedside manner put the buyer on edge. Their mold inspection didn’t detect anything in the air, but a swab behind a toilet did cause a positive result. We offered mold remediation and re-test to ensure the problem was corrected – the standard solution – but the buyer said she couldn’t handle the stress and cancelled escrow instead.

You never get the same buyer enthusiasm the second time around, so I knew going back on the open market in mid-October was going to be a challenge – especially now that my seller was getting used to the idea of a $2,100,000 sales price.

We completed the mold remediation so at least the problem was solved.  But I didn’t make any mention of it in the MLS or in other advertising because I wanted to control the message.  We went back on the market on Friday, October 14th, and I did the open house extravaganza on the 15th and 16th where I planned to discuss the mold remediation in person with the interested parties.

We only had about 1,580 views in the first five days – which is 40% lower than the original effort: 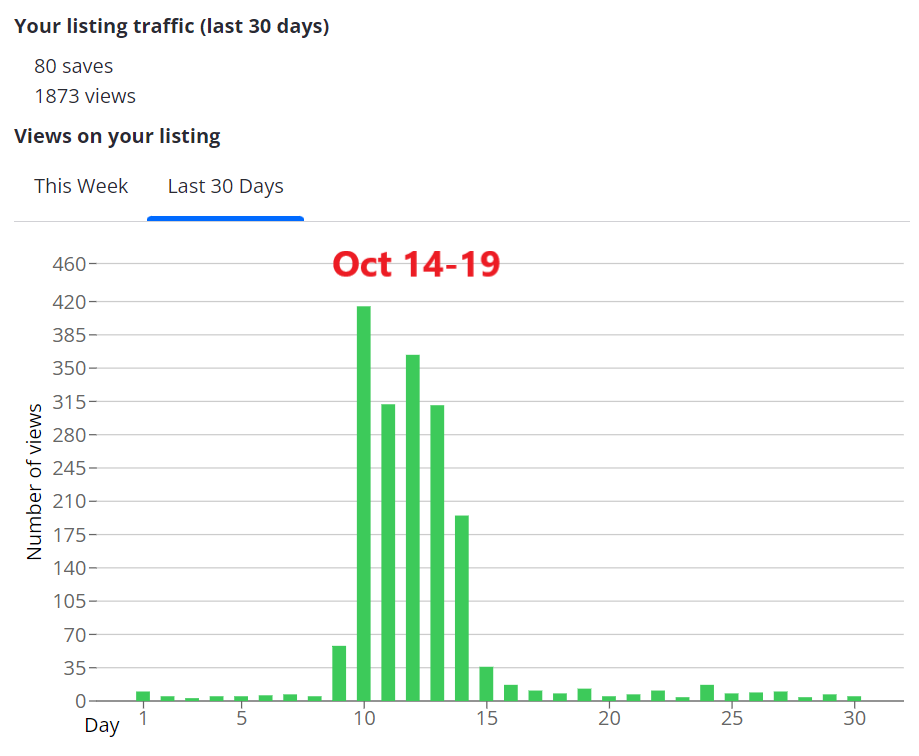 I had already contacted the previous bidders from the first round, and the second-place finisher who had offered $2,000,000 cash was still interested.  They weren’t willing to put another offer on the table until after the open houses were done, and when they did, it was a disappointing $1,650,000.

No one else made an offer.

By then, it was Tuesday night and the first game of the Padres vs. Phillies playoffs.  Without any hope of another offer to rival the deal on the table, the next day the seller decided to take it, and stay on track to purchase the replacement home that we had in escrow, contingent upon this one selling.

You could say that, but it the double whammy of falling out of escrow/mold remediation didn’t help.  The original $2,100,000 offer was too optimistic to stick, and given that the eventual buyer had dropped from $2.0 to $1.75, their original offer probably wouldn’t have closed either.

An offer of $1,800,000 would have made it to the finish line, and maybe as high as $1,900,000.  Having the general negativity increasing about real estate market every day was bad enough, and then include the wicked combo of second try/mold/Padres playoff fever.  I’m glad we got as much as we did.