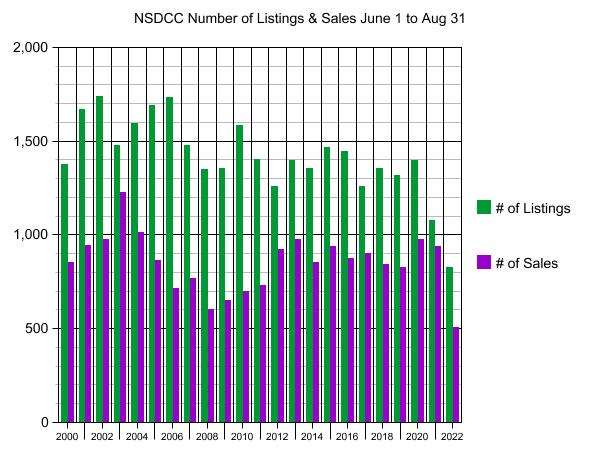 Chris asked how the current environment compares to the 2008 downturn.

We’ve never had so few listings to consider. Now that the Fed is making it so obvious that they intend to cause a recession, more potential sellers – who tend to casually read the headlines only – will delay their decision to move.  Does anybody HAVE to move in 2023?  Every potential seller will give it a second or third thought if they believe it will cost them several hundreds of thousands of dollars.

The NSDCC inventory next year will be the lowest ever – even Ray Charles can see that coming.