I have always kept an eye on a house further down the fairway because its first owner was Jill Kammerude, a close friend and fellow realtor.  We had shared her Padres season tickets from 1998 to 2009 when she unfortunately passed away.

I had been to this house a few times, and though it had more of the older look, it was comparable to the home we sold on Paseo de las Flores.  I sent the link to my client, and congratulated him on picking up a cool $500,000 in appreciation in just two years.

I asked if he would consider moving, to which he said, ‘Maybe’.

I told the story previously……that I had received two solid cash offers during the open house, and was telling attendees that I was going to sell it that day. Both buyers were anxious, so once I left the open house, it was time to determine the winner.

I do take pride in utilizing sophisticated high-tech tools, and this day was no exception.

I pulled out my Super-Duper Bidding-War Bonanza sheet, and went to work: 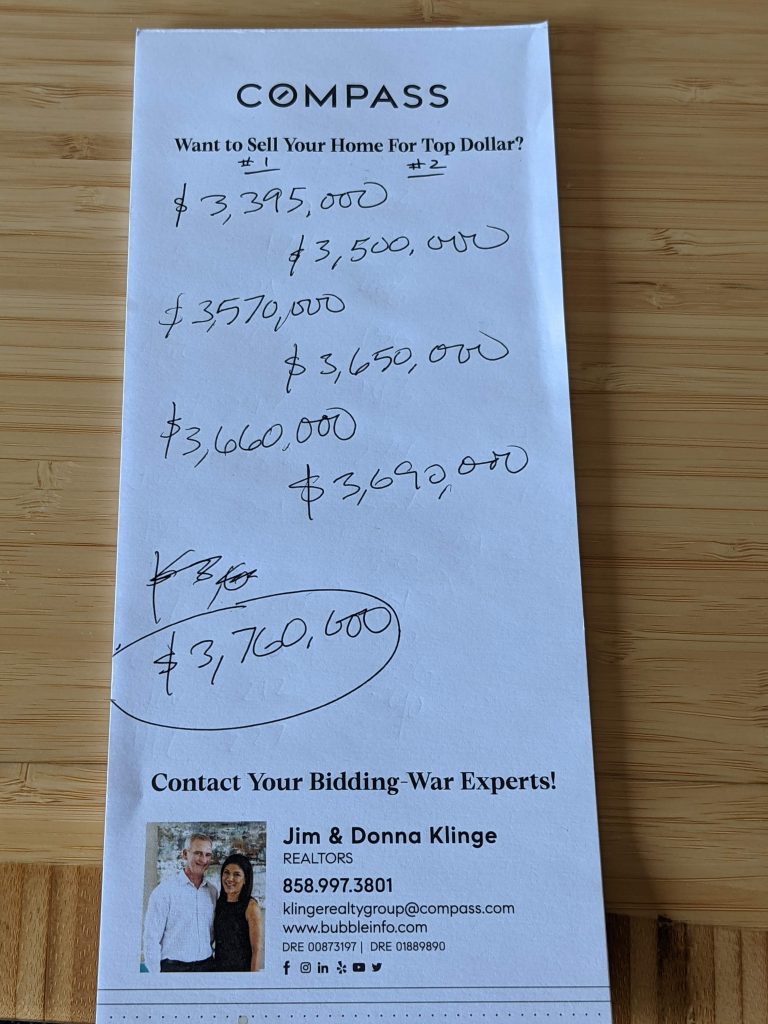 I went back and forth between the agents on the phone, telling them the price to beat – and they filed the bids above.  Buyer #1 delivered the knockout blow with their $3,760,000, and we had a winner – and Buyer #2 went right over to Lynwood and bought it instead.

How I handled the communication was critical – it takes more than a fancy notepad.

In particular, because we did the bidding verbally on the phone, I had to get the buyers to commit to their price in writing before they cooled off – which I did, and it closed today for $3,760,000.

Keeping the buyers happy for a month, helping the seller move, and delivering the house in excellent condition was all part of the process too. Thank you Donna!

It would have been easy to discard the first cash offer of $3,395,000 because the buyers saw the house via FaceTime, and instead taken the $3,500,000 cash offer from the buyer who saw it in person.  Almost all other agents would have done so. But with me at the helm, my seller made an extra $260,000. 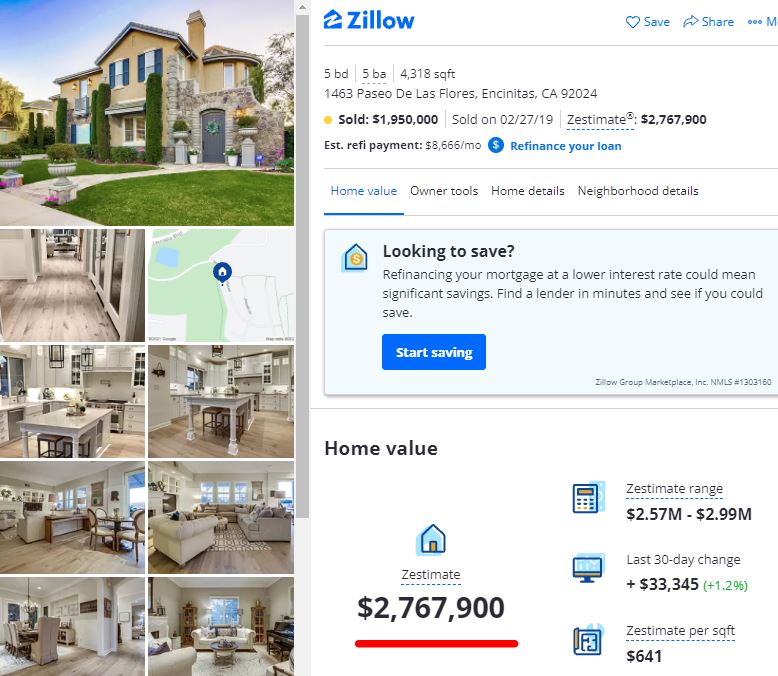