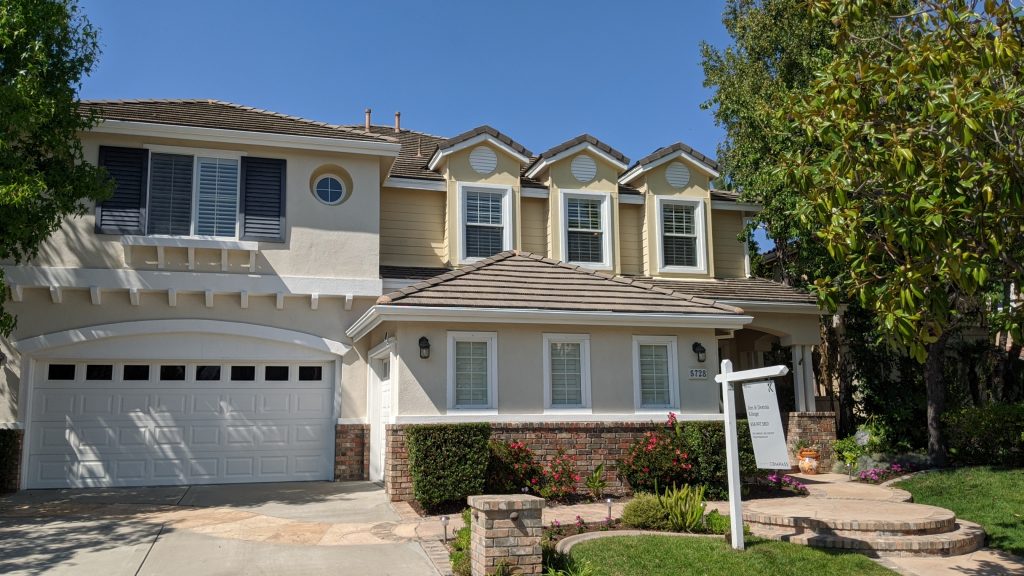 On Monday, the sale of our Carmel Valley listing on Brittany Forrest closed escrow.

I had discussed previously the valuation challenge when a recent seller had dumped on price and became the comp.  It was a model-match that closed for $1,880,000 in May with a similar view but was in all-original condition, so for those who were just looking at the numbers, my $2,250,000 list price looked high.

I want to tell a story from when I was showing the home.  I had received the offer from the eventual buyer, and knew we had a good chance of making the deal because I already had the chance to discuss the comps with him and his agent, and they saw the light.

But two other showings were scheduled the next day, and one was by a Redfin agent.

I want to give every buyer a chance to compete, so I got back to both agents and told them I had received a very good offer the night before, and to bring their A-game later that afternoon.

The Redfin agent arrived before her buyers did, so we had a chance to talk:

JtR: Are you new at Redfin?

Redfin agent: No, this is my second week!

JtR: Are you one of the showing agents who makes $50 per door, or an agent who writes offers?

JtR: Did you relay to your buyers or to an experienced agent in your office that I have received a good offer?

Redfin agent: I did tell our office agent, and they were going to try and join us, but it didn’t work out.

The buyers clearly had some interest, judging by their deliberate review of the home. They begin the critical walk to the front door, where good agents know that it’s time to ask the right questions, the right way, at the right time…for the buyers’ sake!  We are here to politely assist buyers in making the right real estate decisions for them.

Because the Redfin model only includes opening doors on the front side, there isn’t a relationship between this inexperienced agent, and the clients.  They’ve never met before.  Her response in crunch time?

Redfin agent:  Nice to meet you!

I jumped in and mentioned that we had received a good offer, and asked them if they wanted to buy the home.  They waved, and walked off.

The sale is in the preparation.  If they had been told before they arrived that they would need to make a decision promptly, they would look at the house differently – or cancelled the showing.  I’m sure they will have other opportunities to buy a home, so it isn’t the end of the world, but they might not buy one this nice for this price – and they deserved to know that from the beginning.

It saddens me that the industry is going this way. Zillow will follow with the same model, and there are plenty of realtors currently that don’t aspire to any greater heights, either.

The worst part – and the only reason I bring it up – is that the unsuspecting buyers and sellers don’t know the difference between realtors, and there is no attempt by anyone in the industry to tell them.

They deserve to Get Good Help!