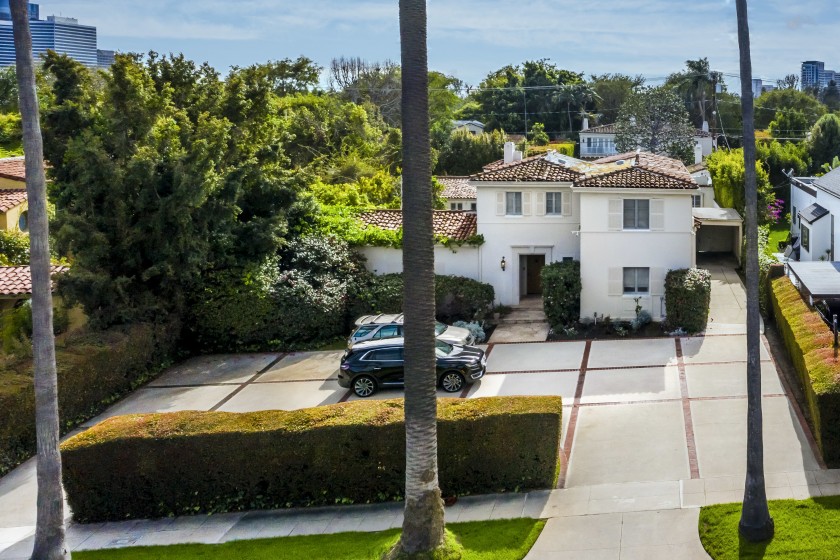 Not mentioned was the list price was $7,000,000 (on April 2nd), and the listing agent represented the buyer too:

Even in the throes of a pandemic, the offers started coming in almost immediately.

The day after an off-market opportunity in Beverly Hills was made known in late March, as Los Angeles County residents adjusted to new stay-at-home orders, the listing agent found his inbox flooded and his phone ringing off the hook. Seemingly everyone wanted a piece of the property, which was marketed by email. Within the first 24 hours, there were dozens of calls on the property and 18 offers made.

“I knew we’d see some action, I just didn’t know how much,” said Paul Salazar, the listing agent with Hilton & Hyland.

The home on North Bedford Drive, a popular street in the Flats section, received a total of 22 offers, according to Salazar. The potential buyers were a mix of end-users — buyers who wish to remodel and live in the home — and developers looking to tear down the existing structure and build. Ultimately, it was an end-user that purchased the property for $6.75 million.

The Italianate-style house, built in 1928, has four bedrooms, 3.5 bathrooms and more than 3,500 square feet. A large motor court sits off the front of the one-third-acre property.

Salazar believes marketing the home as an off-market opportunity gave it more exclusivity, but the excitement began to wear off as “everyone began watching the news” and reality of the coronavirus set in. Additionally, about one-third of the buyers, specifically those carrying mortgages, were ruled out over concerns that loans might be frozen due to the pandemic.

“It looked like it was going to be a big bidding war, but it ended up being a long negotiation with 3-4 buyers going back and forth,” Salazar said.  Had the pandemic never happened, Salazar believes the property would have sold for about $1 million more.

While the coronavirus has stifled sales throughout the Southland, L.A. County’s high-end market has continued to produce a steady stream of multimillion-dollar deals.