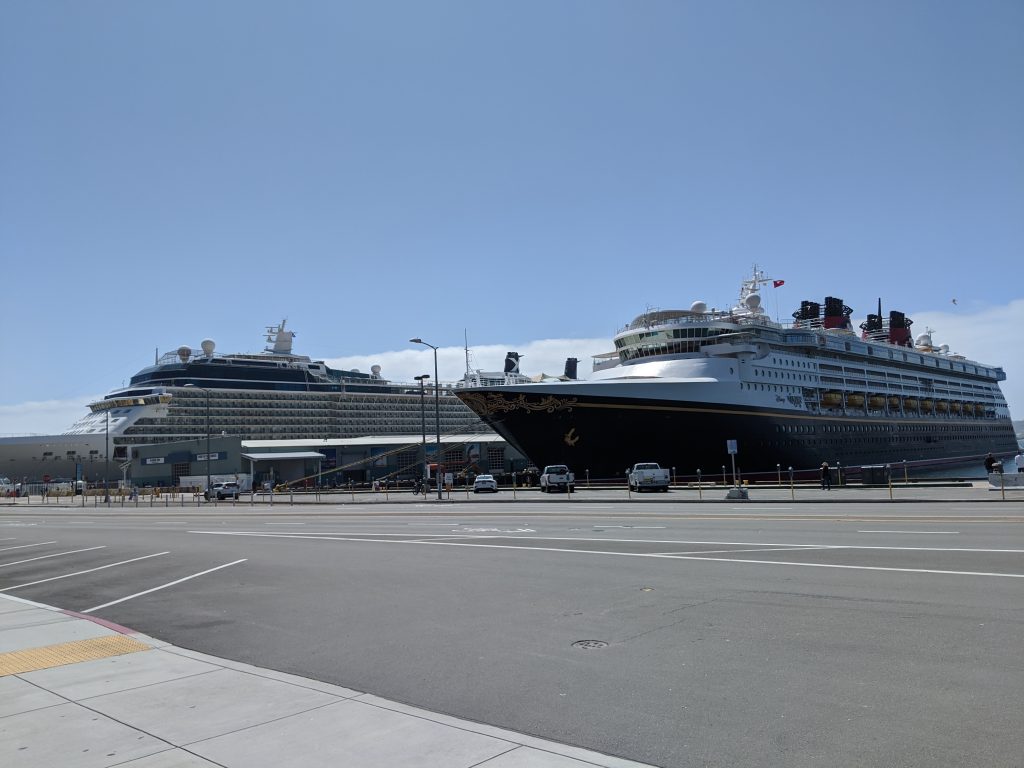 We let these boats pull into our dock and allow passengers to disembark and roll into our community. Then it turns out they each have several cases of coronavirus.  Shouldn’t we object to this?

Crew members employed on the Disney Wonder reportedly tested positive for COVID-19, according to several employees on the ship who wish to remain anonymous.

Yesterday around 6:30 P.M. the captain of the Disney Wonder announced over the ship’s intercom that 38 crew members on the cruise ship are positive for the virus.

Previously, the Disney Wonder sailed from New Orleans to the Port of San Diego, arriving on March 19th, where the passengers all disembarked. According to a local news station in San Diego, none of the 1,980 passengers or crew members, except for one crew member who had influenza, showed COVID-19 symptoms at the time.

Passengers disembarked after health screenings and were given recommendations to self-quarantine for 14 days, according to the medical director of the San Diego County’s epidemiology department, Dr. Eric McDonald. It was during this time at their respective homes that multiple passengers reported testing positive, Disney Cruise Line told the local media in San Diego.

Dr. McDonald was quoted as saying a week ago that several of the ships crew, who remain aboard, have required medical attention for suspected COVID infections.

According to crew members on the Disney Wonder, five crew members with COVID-19 have been sent to shore-side hospitals for medical treatment.

I first mentioned coronavirus on the Disney Wonder on March 28th when I posted a article from a local NBC station in San Diego.  All of the crew members who subsequently contacted me complain that they are under strict instructions from Disney not to speak to the media or post information like this on social media.

The Disney Wonder has remained in port in San Diego since March 19th, except to go to sea to discharge waste.  Unlike the controversy surrounding the recent arrival of the foreign-flagged HAL Zaandam and Rotterdam in Fort Lauderdale and the Coral Princess in Miami, the Disney Wonder (which also flies a foreign flag) has escaped the controversy of a foreign-flagged ship using the medical resources of a U.S. port city.

Disney is not the only cruise line with a ship in San Diego with COVID-19 affecting its crew and guests. A cruise ship passenger and three crew members from the Celebrity Eclipse which arrived in San Diego last week tested positive for coronavirus.

Disney Cruise Line previously announced that it extended the suspension of all new cruise departures through Tuesday, April 28, 2020. The cruise line has not yet changed the itinerary of the Disney Wonder which is scheduled to leave Vancouver, Canada on a cruise to Hawaii on April 29th. The Canadian government announced it will not allow any ship with more than 500 passengers to dock in any Canadian port until July 1, at the earliest.